“The exploitation of children is more dangerous for humanity than Covid”

Iqbal Mashi was a child slave who was murdered when he ceased to be a slave. 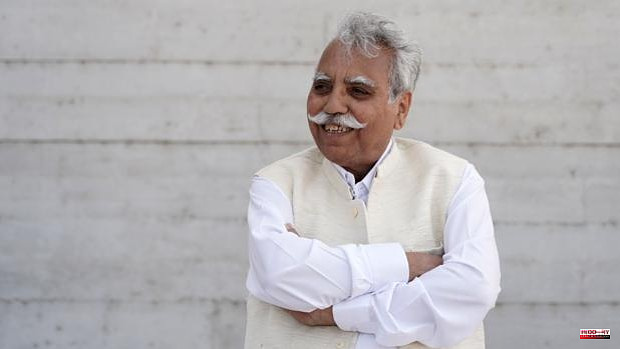 Iqbal Mashi was a child slave who was murdered when he ceased to be a slave. He was on April 16, 1995 and he was 12 years old. His murder at the hands of the Pakistani "carpet mafia" made him over time a symbol of the fight against child exploitation. "When they killed him, from the Government they pointed to me and I had to go into exile," explained the international activist leader Muhammad Ehsan Ullah Khan this Thursday in Valladolid during a new session of the 'Active Audiences' program of the Economic and Social Council of Castilla y León (Audaces), where he gave a conference on the life and death of the young man.

When that happened, Khan was charged with high treason against the Pakistani government for spreading lies.

While the deceased was accused of having died being of legal age. Khan had fought for his release three years earlier and had taken him under his wing, as his family had no means to give him an education. "I have been working for children's rights for more than 55 years and then I had built schools and wanted to build one near the Iqbal neighborhood, but the mafia burned it down and I had to take it away," recalls the activist. The boy studied, they went to New York, he was nominated for an award and, later, they returned to their country and that happened.

The Pakistani, now a Swedish national, also had to face the accusations made by the European and North American press, filing lawsuits against various media outlets. He won them all and they had to rectify them in 1988. "The only ones who have never written against me have been the Spanish media," Khan assured, immediately afterwards, thanking the president of the CES of Castilla for the support he has been receiving for years. and León, Enrique Cabero, and announce that «thanks to their collaboration, the foundations are being laid for the launch in Spain of a foundation that fights against child slavery».

"During these more than five decades, I have managed to free more than a million children and open 250 schools," the activist detailed, stressing that the only way to fight against slavery is access to a good education. "I have paid a very high price for my fight, but I know I am on the right side," he stressed. In addition to losing his job as a journalist, he had to go into exile and has survived several assassination attempts. "My responsibility as a human being is to ensure that most people live in decent conditions and in which the most basic rights are respected," he insisted.

According to the latest report from the International Labor Organization -ILO- there are currently 160 million documented minors who are working. «The pandemic is giving us negative data, there are almost 9 million more children that the ILO has detected who are working as a result of the growth of general poverty. And they are between 5 and 11 years old”, added, for his part, Cabero.

“I only ask society to think about who makes our products. When we buy a T-shirt from certain brands, we are paying the salary of 5 child slaves”, Khan has completed to settle that “the exploitation of children is more dangerous for humanity than Covid”.

1 Mazón: «The Gandía-Denia tram is a priority for... 2 Carlos Sainz refuses to be second driver at Ferrari 3 The multimillionaire agreement of the new Santiago... 4 The PP accuses Sánchez of widening the gap between... 5 CF Montreal: number 12 given back to supporters 6 Biden supports accession of Sweden and Finland to... 7 Racing and San Sebastián de los Reyes do not play... 8 Iraola renews until 2023 with Rayo 9 Vocento incorporates the Rentingcoches.com platform... 10 Here it all starts from May 20: The culprits of the... 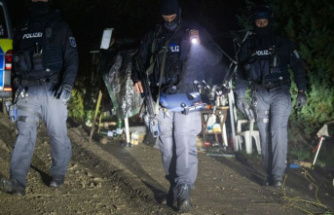 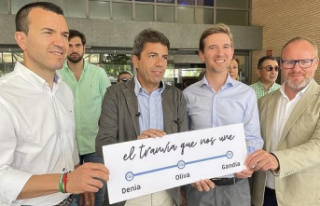 Mazón: «The Gandía-Denia tram is a priority for...