The exhibition 'Salus', "pioneer in the rural world", shows 170 works of sacred art in Alcañices (Zamora)

The exhibition 'Salus', promoted by the parishes of the Archpriesthood of Aliste-Alba, officially opens this Tuesday, May 17, at the Marian Diocesan Sanctuary of the Virgen de la Salud, in Alcañices (Zamora), and will show during the next six months a total of 170 works of sacred art, from the 3rd century to the present. 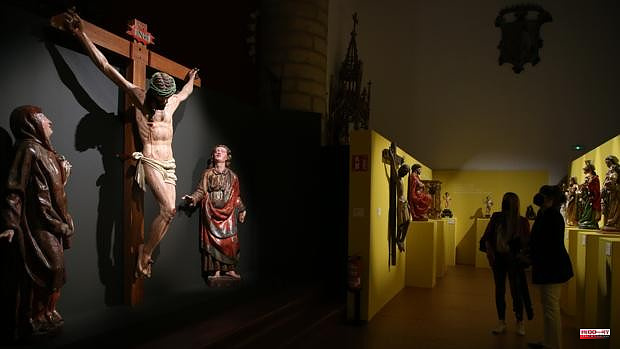 The exhibition 'Salus', promoted by the parishes of the Archpriesthood of Aliste-Alba, officially opens this Tuesday, May 17, at the Marian Diocesan Sanctuary of the Virgen de la Salud, in Alcañices (Zamora), and will show during the next six months a total of 170 works of sacred art, from the 3rd century to the present.

«It is a pioneering exhibition in the rural world. This type of exhibition is usually easier in Zamora or Madrid because it is not common to do it in small municipalities, ”said the archpriest of Aliste-Alba, Fernando Lorenzo, in statements to the Ical agency. “Everything on display is religious objects from Aliste and Alba. Nothing has been brought from abroad, except for a few pieces from Portugal.

Also, all those objects are in use. They are used every Sunday at Mass », he added.

The exhibition includes archival documents, books, photographs and cinematographic images, stone objects, sculptures, paintings, gold and metalwork pieces, personal adornments, furniture, ornaments and textile pieces. Among them, works by the sculptors Juan de Montejo, Tomás de Sierra, Ramón Álvarez and Ricardo Flecha, the painter Ricardo Segundo and the silversmith Antonio Rodríguez stand out. "The public has a good opportunity to come to these regions and see the spiritual dimension of the exhibition, which also serves to revitalize tourism in the area," said the archpriest, reports Ical.

The entrance to the exhibition will cost five euros, as a donation, since "everything raised is destined to continue the heritage of Aliste and Alba", according to what he pointed out.

'The territory and its churches', 'Signed and guided by the cross', 'Around the table of the Lord', 'El Salvador, his mother and his friends' and 'Associations, devotions and traditions' and 'The eternal rest ' are the six chapters into which this exhibition is divided, sponsored by the Junta de Castilla y León, the Provincial Council of Zamora, the Alcañices Town Council, the Caja Rural de Zamora Foundation, the La Caixa Foundation, the Terzo Pilastra Internazionale Foundation and the Larramendi Foundation, and with the collaboration of the 'The Ages of Man' Foundation. It will remain open until October, at the expense of the Royal House confirming the attendance of one of its members.

1 Electric car: another 100,000 Tesla recalled in China 2 A neighbor was arrested for serious animal abuse,... 3 The Board recovers the 'Treaty of Cabreros del... 4 Gaël Monfils: the French forfeited for Roland-Garros,... 5 The EU extends sanctions for massive cyber attacks... 6 Sweden will apply to join NATO 7 Sidney Crosby is proud of his team despite everything 8 “We are more united than ever” – Antoine Pruneau 9 Tennis: no Roland-Garros for Gaël Monfils 10 Catalonia distributes this week menstrual cups and... 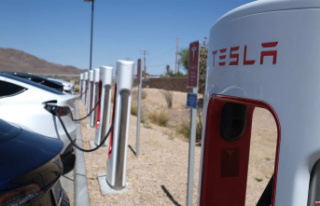