The European Public Prosecutor's Office has opened an investigation into emergency contracts made by the Community of Madrid between 2020 and 2021 for material to fight against Covid. 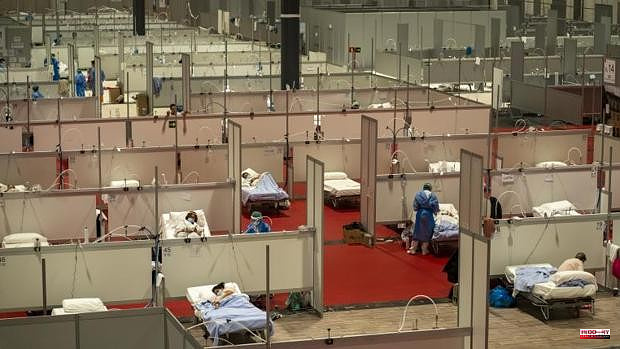 The European Public Prosecutor's Office has opened an investigation into emergency contracts made by the Community of Madrid between 2020 and 2021 for material to fight against Covid.

In his writings, to which ABC has had access and which are based on a complaint by the United We Can group of the Madrid Assembly, the focus is on the commercial companies Air Global Media S. L. and Vin Doré 24K S. L.

The contracts were made through Sermas and would have been financed with money from the European Union. UP's complaint states that the agreement with Vin Doré 24K was made before the company changed its corporate purpose (marketing sparkling wines to which gold particles were added).

The three contracts with this firm totaled 7,740,000 euros in material destined for the Ifema hospital. One of the suspicious data provided is that Vin Doré declared profits in 2020 of 26 million euros, compared to more than 237,000 losses in 2019, the year before Covid. As for 2021, its business increase exceeded 4.4 million.

UP's complaint, which is now being investigated by the European Public Prosecutor's Office, indicates another increase in the company's assets of more than 10 million in the "other operating expenses" item. In short, an artificial increase in the price that could have caused damage to European funds.

As for Air Global Media, there is talk of four contracts in 2020 of 10 million. It is a company dedicated to broadcasting. In addition, “it would not have deposited its 2020 accounts in the Mercantile Registry and would have multiplied its turnover by almost 50 times during the state of alarm,” UP denounces.

That concealment, they say, should be to hide the distribution of millionaire commissions "and an artificial increase in the price of the material supplied" to the Government of Isabel Díaz Ayuso.

All in all, the European Public Prosecutor's Office, although it notes that it is its authority to carry out the investigation, does require UP to provide more information and details about the events reported in both complaints.

1 Power Electronics opens a process to fill more than... 2 Why Algeria has broken its friendship with Spain:... 3 The Canary Islands dodge the Green Tax also on flights... 4 The Basque Country dodges the first great heat wave... 5 Negotiations to unblock Ukrainian grain exports stall 6 The Government rules out the introduction of tolls... 7 Summer schools gain prominence in Murcia and the Vega... 8 The catastrophe of Imserso de Belarra for hotels:... 9 Albares, on Algeria: «We will give a serene, constructive... 10 From "reliable partner" to "extraordinary... 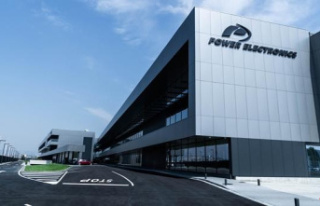 Power Electronics opens a process to fill more than...