The European Parliament does not now approve Puigdemont's parliamentary credential 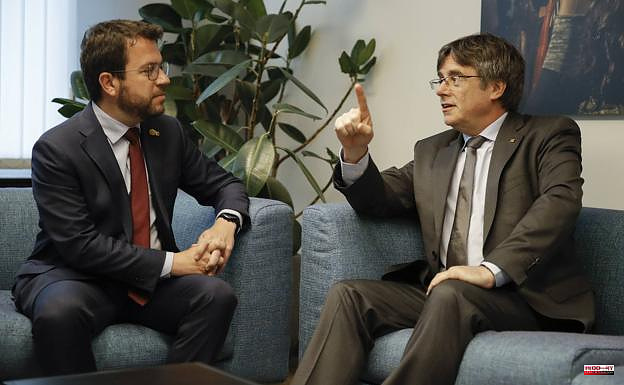 Unexpected plot twist in the European Parliament. The European Parliament announced this Wednesday that it has not approved the parliamentary credentials of four pro-independence deputies: Carles Puigdemont, Toní Comín and Clara Ponsatí, from Junts, and Jordi Solè, from ERC. "We have the responsibility to verify the credentials of MEPs, the Member States have the obligation to notify the names and procedures required by the national authorities to avoid conflicts of interest and incompatibilities," said the president of the Committee on Legal Affairs of the European Parliament, Adrian Vazquez (Cs). Their procedures are incomplete because they did not abide by the Spanish Constitution.

The former president of the European Parliament, David Sassoli, did not see it necessary after the CJEU ruling on the Junqueras case, which established that the essential requirement to access the seat was to be elected. Puigdemont, Comín and Ponsatí could not travel to Madrid to abide by the Magna Carta because they ran the risk of being arrested. Even so, they accessed their minutes in Brussels. With the pandemic, there have been procedures that could not be done and now some files have been reviewed again.

“The European Parliament confirms that it has not received the notification, nor documentation that proves that the requirements for the verification of the minutes of these four people are met,” said Vázquez. In principle, the situation of these four deputies does not change, but it could.

The President of the European Parliament must now contact the Spanish Central Electoral Board to establish what the consequences are, such as leaving the minutes vacant and running the list, ordering the loss of certain rights as deputies or temporarily continuing without this verification . The president of the European Parliament will have the last word.

Puigdemont learned of the communication from the European Parliament, minutes before meeting with the president of the Generalitat, Pere Aragonès, at the headquarters of the community hemicycle in Brussels. It is the second visit by Aragonès to the former president in the Belgian capital since he was sworn in a year ago and it occurs three weeks before Puigdemont leaves the presidency of Junts. In Waterloo, after the meeting, they appeared together to stage unity.

It was in June 2021 a few days before the Government approved the granting of pardons to the prisoners of the 'procés'. This Wednesday they sent a note through the office of the Palau de la Generalitat, to inform that at the meeting they discussed the entire espionage case. Puigdemont shared his judicial situation as well as his strategy and the next steps planned. Both criticized what in their opinion is the "inaction of the Spanish Government when it comes to giving explanations" about the Pegasus case and "assuming its responsibilities".

Aragonès also sheltered the former president who fled in Italy, when he was arrested by the Italian Police in Sardinia. The meeting took place in the midst of a crisis between ERC and Junts on account of the Government's response to the forced execution of the sentence that obliges it to teach 25% of the classes in Spanish.

1 Don Juan Carlos will be in Sanxenxo tomorrow and on... 2 Antonio Brown wants to retire with the Steelers 3 Dolphins recognize their friends by the taste of their... 4 China will remain 'open to the world' 5 Rufián responds to Sánchez that if the dialogue... 6 Six blind students from the Canary Islands discover... 7 The promoter of the World Trade Center settles in... 8 King Juan Carlos I returns to Spain after two years... 9 Twenty teams will play in Sanxenxo the third series... 10 New black session on Wall Street, one of the worst... 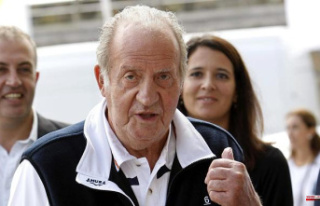 Don Juan Carlos will be in Sanxenxo tomorrow and on...