The EU has agreed to stop 90% of Russian oil imports

On Monday, May 30, the leaders of 27 EU countries came to an agreement. 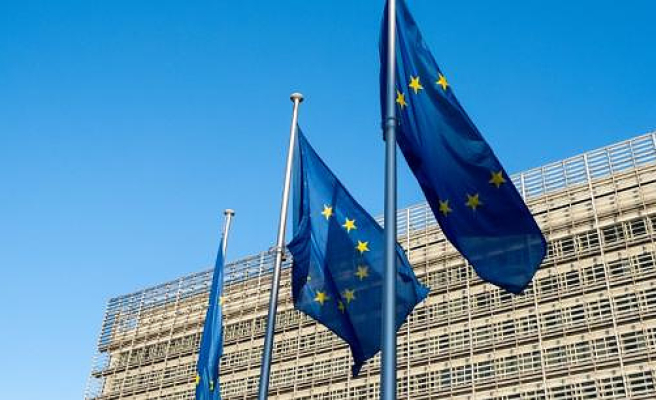 On Monday, May 30, the leaders of 27 EU countries came to an agreement. This should allow them to cut their Russian oil imports by around 90% by the end the year. Russia in Ukraine.

The flagship measure, but also the most difficult of the six sanctions against Russia, which have been blocked by Hungary up to now, is an embargo on crude oil for six months and refined products for eight months.

At the summit in Brussels, the Heads of Government and State have approved a gradual cessation to imports of Russian oil by boat. Two thirds of European oil purchases are made by boat. To lift Budapest's veto, a temporary exemption was granted for oil transported via pipeline.

Charles Michel, President of the European Council, tweeted that "This will stop a huge source funding Russia's warmachine."

Berlin and Warsaw have both pledged to end their oil imports via the Druzhba Pipeline. This will mean that 90% of Russian oil exports from the EU to the EU will stop by the end the year, according to President Ursula von der Leyen of the European Commission and President Emmanuel Macron of France. Without a set deadline, the extension of the embargo on pipeline deliveries will be discussed then "as soon possible".

"Russia has made the decision to keep its war on Ukraine. We, Europeans, are united in solidarity with the Ukrainian people and we take new sanctions tonight, "tweeted Emmanuel Macron. France is currently the president of the Council of the EU.

The Ukrainian President Volodymyr Zelensky had earlier called for EU leaders to "stop bickering", and to quickly pass the sixth package of sanctions.

Budapest had conditionally given its approval on energy security guarantees. Viktor Orban, the Hungarian Prime Minister, demanded assurances in case of a disruption in Druzhba's pipeline that supplies his country via Ukraine. If the pipeline was cut, he demanded that Russia be allowed to supply his country with oil by sea. Viktor Orban stated, "This is the guarantee that we need."

Hungary, a country that is landlocked and has no access to the seas, relies on Druzhba for approximately 65% of its oil consumption. It opposed the original proposal for an embargo unless it had at most four years to implement it and approximately 800 million euros in European financing to adapt its refineries. .

Ursula von der Leyen said that the Adria pipeline's capacity, which supplies Hungary via Croatia, could increase with "about 45-60 days delay" and "investments", which she didn't have. Not encrypted.

Sanctions can only be adopted if there is unanimity. To finalize the agreement, the leaders must give their political approval. The negotiations will also be held to stop imports via Druzhba, which accounts for a third of European supplies. Its northern branch serves Germany and Austria, while the southern branch serves Hungary and the Czech Republic.

Prague requested an adjustment period of 18 months for refined products. This was granted by Alexander De Croo, the Belgian Prime Minister. According to a European source, the requests of Slovakia and Bulgaria (two-year periods) are still being considered.

The new sanctions package, which was under negotiation for one month, also allows for the expansion of the EU blacklist at 60 people, including the head the Russian Orthodox church, Patriarch Kirill.

It also includes the exclusion from the Swift international banking system of three Russian banks, including Sberbank which is the main institution in the country.

To cover the immediate cash requirements of the Ukrainian government, the leaders approved the transfer of 9 billion euros. According to Kyiv, its monthly cash needs are $5 billion. According to a European source, European funding will be in the form of long-term loans with subsidized interest rates.

Tuesday's summit will also discuss the continent's energy transition without Russian gas, and the threat to Africa's food supply from the conflict in Ukraine.

1 UK. Johnny Depp performs during a trial at a Jeff... 2 Justice. Balcony collapsed at Angers: The decision... 3 Going out in the Pays de Savoie. From June 2-15, Albertville... 4 Savoy: Exit Chambery: The Fire Festival will illuminate... 5 The crisis in the PSOE of Ávila continues: two socialists... 6 France is Europe's leader in foreign investment,... 7 Updates for Tuesday, May 31: War in Ukraine, Monkey... 8 After 30 years of exclusion, Denmark votes Wednesday... 9 Caja Rural de Zamora will open another office this... 10 Check if you are entitled to the new payment of between... 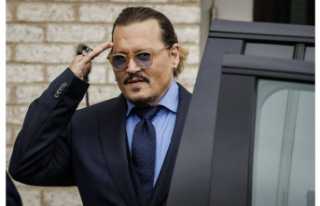 UK. Johnny Depp performs during a trial at a Jeff...