The Federation of Cultural Associations of the Regions of Campos, Pan and Norte Duero 'Espigas' has today presented the second volume of the 'Anthology folklore. 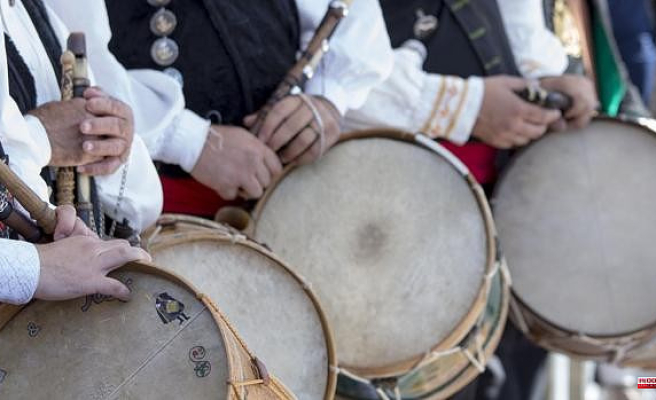 The Federation of Cultural Associations of the Regions of Campos, Pan and Norte Duero 'Espigas' has today presented the second volume of the 'Anthology folklore. Popular music and tradition', a new album that includes 35 popular songs from those Zamora regions.

«Volume 1 includes themes that, in many cases, are adapted to the needs of the amateur choirs of the associations that perform them but, in volume 2, many of the themes have been interpreted in a popular way, such as, perhaps , they sounded in the streets and squares of our towns», explained the coordinator of the work, Ángel María Trilla, during the presentation of the album and the concert, in the Zamora Provincial Council.

The event was also attended by the provincial deputy for Education, Culture, Tourism, Sports and Promotion of the Territory, Jesús María Prada; with the president of the 'Espigas' Federation, Flor Guerrero, and with the secretary of the Federation, Esteban Sánchez.

The songs can be heard on the website of the Espigas Federation.

In addition, the Traditional Music Concert has been presented, which is scheduled for next Friday, May 20, at 7:00 p.m., at the Ramos Carrión Theater, with free admission until full capacity is reached.

The concert, which has the collaboration of the Zamora Provincial Council, the Caja Rural de Zamora Foundation, will be broadcast on YouTube.

1 PSG: all smiles, Kylian Mbappé plays the game in... 2 Blackpool's Jake Daniels, first professional... 3 Johnson visits Belfast with the commitment to reform... 4 At the helm, Amber Heard says she wanted to divorce... 5 Summary of episodes of Plus belle la vie from May... 6 Elisabeth Borne at Matignon: "The stakes are... 7 QS has trouble digesting bonuses with price increases... 8 Sweden sends its candidacy to NATO 9 Circolmedo dismisses edition after performing for... 10 The beginnings of 'EAJ-49 Radio Toledo' 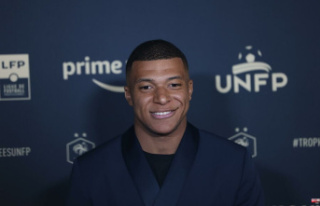 PSG: all smiles, Kylian Mbappé plays the game in...