The escaped murderer from Zaragoza: "I stabbed her with two balls"

«You have two minutes to save me because I am dying, they have killed me». 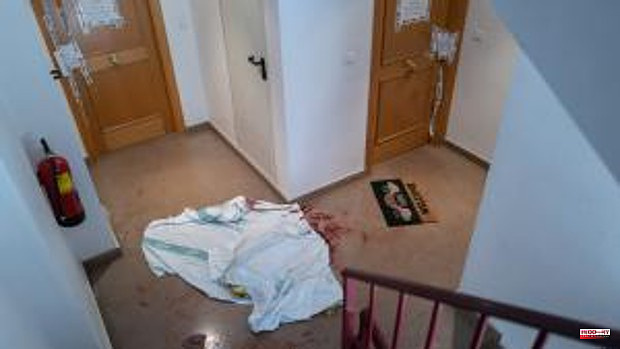 «You have two minutes to save me because I am dying, they have killed me». These were the first words of Adel Lazizi, 45, when he ran into a National Police patrol. He had been walking from a construction site on Calle Alegría de Zaragoza towards his portal, covering a wound with some bloody cloth and a torn glove. No one killed Lazizi, but he had just murdered Cristina Gil, his neighbor across the street. The 32-year-old woman lay nearly unconscious on the landing, with a deep gash in her side and a 20-centimeter-blade onion knife next to her. She died before they could save her on the night of May 30.

«I stabbed her because I had rolls with her, she was jealous and wanted me to leave my wife to be alone with her (...)

He came looking for me at my house and as soon as I opened the door he stabbed me. I had to defend myself, of course, I stabbed her with two balls. She blurted out her crude lie without moving, according to the police report, while she asked loudly why the ambulance was taking so long.

A few hours later it was learned that Lazizi, born in Larache (Morocco), had been wanted since January 2020. On Kings Day he had to have returned from a one-week permit to the Zuera prison (Zaragoza) but he did not. made. Since then he lived in the Aragonese capital acting as a house husband and supporting himself at the expense of his partner.

The individual was serving a sentence for stabbing Siham B., a French tourist, to death in Madrid on June 6, 2001. He had met her when they were having drinks while he was spending a few days at a friend's house. He tried to have sex with the girl, she refused and stabbed her to death. He showed up at the police station bloodied and in his underwear telling what he had done. He was sentenced to 21 years in prison and when he escaped he was about to finish serving his sentence.

Now he will have to sit on the bench again, accused of the homicide or murder of Cristina, who had been living for five years renting at 1 B of number 8 of Calle Alegría. The entire circle of close friends of the victim dismantled Lazizi's version. Cristina had never had a relationship with him. A close friend declared that some time ago she showed her a photo of a boy who seemed handsome to her. Cristina's response was: «Don't even think about it. He is a Moor and with a Moor never ». Lazizi and the victim only shared some works on the common terraces from which leaks that affected the bass had been repaired three weeks earlier.

The man who has killed again spent 19 years behind bars without giving any problem, according to Penitentiary Institutions. In the Zuera prison he met his partner, in the sewing workshop they both attended. Marisol, Honduran, was convicted of drug trafficking. They fell in love in 2014 and are still together.

Marisol works as an intern six days a week taking care of an elderly woman. She pays the rent for the apartment and bears all the expenses. He cooked and cleaned. After Cristina's crime, the woman told the police that the knife found next to her body was from her kitchen. Her boyfriend's version that her neighbor had knocked on her door with a knife in her hand and had pounced on him took a minute to prove false. The woman recognized the cap of her partner and the glove that he used to cover the wound: it was one of those that she used to give herself an anti-hair loss lotion. Three unequivocal proofs of the alleged murderer's lie, who stabbed his victim 16 times, whom he was probably stalking.

The researchers speak of “spontaneous and even surprising attack”. Cristina had just returned to her house from visiting some friends who had had a baby. He accosted her as she opened the door around a quarter to ten at night. She, a woman of character, tried to defend herself against her but had no choice. The killer dragged her to the landing as the woman screamed for help. Several neighbors heard her, ran downstairs and called the police, but it was too late.

When he killed Siham 21 years ago, he said he had been drinking all night. After murdering Cristina he resorted again to the alleged consumption of alcohol. According to him, he had drunk half a bottle of Baileys and six tubes of beer. He only remembered that the victim came on to him and attacked him.

1 Sánchez's 'beautiful government' to... 2 Republican states in the United States make it easier... 3 Agustín Zulueta: "We contribute about three... 4 Why is the Roland Garros trophy called the 'Musketeers... 5 Abascal warns PP "Either you govern together... 6 They judge a promoter who deceived the public throughout... 7 The Minister of Health: «The Ministry has the key... 8 Nick Cave, black magic at Primavera Sound 9 Due to potential listeria, cheeses from 9 states have... 10 Biden's beach home in Delaware was the subject... 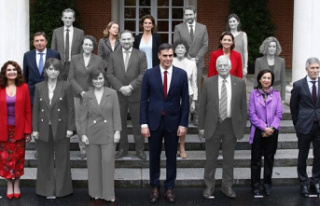