The escape of the Pussy Riot:

Maria Vladimirovna Alyokhina, known artistically and politically as Masha, can be considered, at 33, as one of the people Putin hates the most. 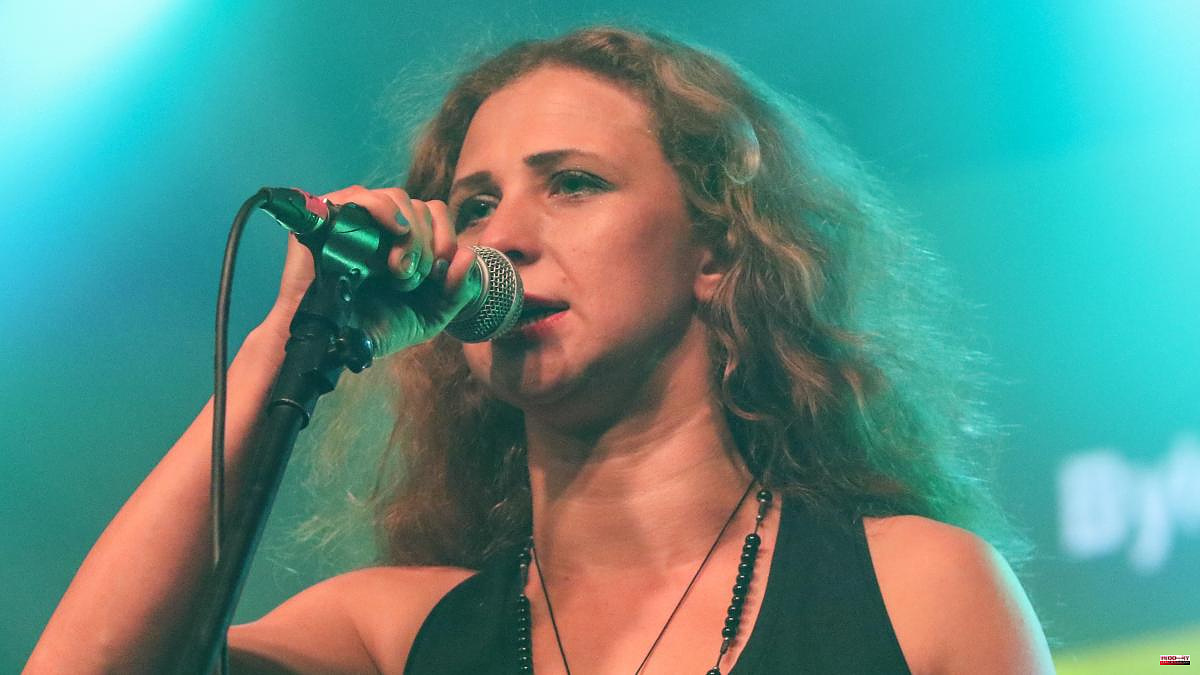 Maria Vladimirovna Alyokhina, known artistically and politically as Masha, can be considered, at 33, as one of the people Putin hates the most. This means that she is one of the most persecuted people in Russia, both for her tenacity and her visibility, among other things for being a member of the punk music-stage group Pussy Riot, which she co-founded in 2011 with Nadia Tolokónnikova and Yekaterina Samutsévic. .

Today she has been in the news again when it became known, through the New York Times, that she has managed to break the house arrest to which she was subjected for the umpteenth time. In fact, it was last April when she made the decision to flee the country when the authorities announced that Alyokhina would leave her house arrest... to serve a 21-day sentence in a penal colony: she abandoned her cell phone to avoid being tracked, she dressed in a green monkey as a home delivery girl and with the help of several friends and acquaintances she managed to go to Belarus. There she for the time being could not jump to Lithuania as she had intended.

In a conversation via zoom with La Vanguardia, the activist and also a singer corroborates from Reykjavík, without giving further details, the information from the American newspaper. In other words, she was deprived of a Russian passport because in September 2021, a Moscow court had sentenced her to one year of house arrest for having attended a protest in support of opposition leader Alexei Navalni. She was returned from Belarus on two occasions until the Icelandic artist Ragnar Kjartansson sent her a visa-type document that guaranteed her a status similar to that of an EU citizen. She with him she came to Lithuania by bus, and later flew to Iceland.

From there he has now returned to Europe, where tomorrow, Thursday, a concert tour of Germany, Austria, Holland, Slovenia, Spain and Portugal begins in Berlin. In Barcelona you can see Pussy Riot on June 1 (Razzmatazz 2) and then Zaragoza and Madrid.

What will you do when the tour ends at the beginning of June?

I can't tell you because I'm still thinking about it. But I can tell you that I have done all this because I wanted to do the tour and let people know what is happening in my country, who Putin really is, and also to support Ukraine.

I listened to that angry speech by Putin and that three days later materialized in the invasion of Ukraine. That somehow opened my eyes, because after ten years of living and putting up with everything that has happened to me in my country, I had promised not to leave it. But with that attack a very dark future opened up.

No, I'm not afraid, no, and I'm not afraid of him. What I do now I have been doing for ten years. I can do anything, as I have always done, but now I still have to decide what.

What is your legal situation?

I am wanted and captured right now, I think I was until two weeks before I left my country. It's not very new either: in the last year I've been arrested six times, I had to wear an electronic bracelet. A tough situation.

What does the Riot days show-concert that we will see in Barcelona consist of?

It is based on my book Riot days, which is my story from my first action to my last day in prison, and to the original version we have added some new things, like a song against the war in Ukraine, and we also say manifestos and information about the situation of political prisoners in Russia, of which we now have many. It will last a little over an hour, and it's like a combination of live music, theater and video.

What is your opinion about what is happening in Ukraine? what is the reaction of the ordinary Russian citizen?

It is a war that Putin started and it is the worst thing he has ever done. I have been protesting in Russia for ten years and the truth is that it does not surprise me, and during this whole period of time we have wanted to warn about this deterioration in the country, but we were not heard. Now I think you can see more who Putin really is, you just have to see the current photos of the Ukrainian cities. There are plenty of words.

What do you think will happen in the immediate future?

I don't think Putin will stop. So the main question is what can we do against this, and I think we have to be united and have a clearer position. Look, Europe has been selling you weapons for ten years and this is a fact.

What is the real feeling of the Russian population on these issues?

Right now we have the worst censorship, thousands of people have been arrested and are in jail... and I don't think that Europe knows exactly the dimension of this fact and the truth is that it is somewhat frustrating On the other hand, four million people left Russia since the beginning of this war, people who wanted to support Ukraine and explain what is really happening, because currently if you do this you can be sentenced in my country to fifteen years in prison.

Freedom of expression today in Russia...

This state is killing people, jailing people, persecuting people for their opinions and their words. And I can give you thousands of examples, and that's why I'm doing what I'm doing.

1 Polish journalist Adam Michnik wins the Princess of... 2 World Championship: a sweet date for Canada against... 3 Looters discover an underground temple under a house... 4 Oques Grasses, Rigoberta Bandini, Nil Moliner and... 5 Dalí's Christ of Glasgow, in autumn 2023 6 Esmuc recovers the opera ‘Il filosofo di campagna’... 7 “I needed to give Loquillo a twist” 8 The European tour of Brian Fallon and The Howling... 9 The cloister that was moved stone by stone twice 10 Dalí's lost interview 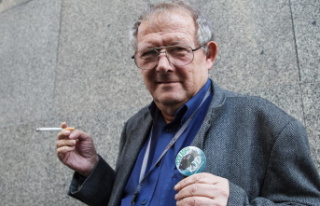