The enigmatic funerary piece to Doña Mayor Guillén de Guzmán, already has its replica in Alcocer

The 'Cathedral of the Alcarria' in the small Alcarreña town of Alcocer (Guadalajara) already has, in one of its chapels, and will soon be able to be visited, a replica of the funerary monument to the great love of youth of Alfonso X ' el Sabio', Doña Mayor Guillén de Guzmán, buried around 1270 in this municipality of Guadalajara after the king granted her the privilege as lady of the Señorío del Infantado, whose remains, as well as the burial itself, were lost in 1936. 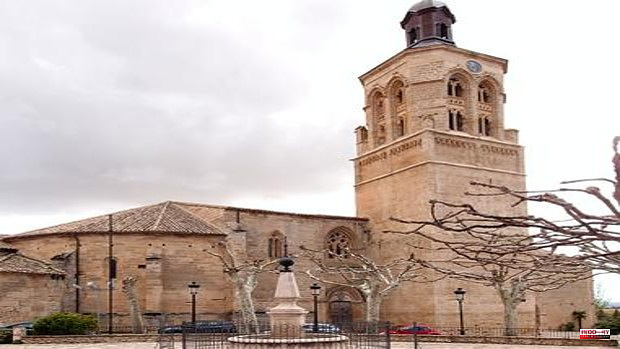 The 'Cathedral of the Alcarria' in the small Alcarreña town of Alcocer (Guadalajara) already has, in one of its chapels, and will soon be able to be visited, a replica of the funerary monument to the great love of youth of Alfonso X ' el Sabio', Doña Mayor Guillén de Guzmán, buried around 1270 in this municipality of Guadalajara after the king granted her the privilege as lady of the Señorío del Infantado, whose remains, as well as the burial itself, were lost in 1936.

The provincial chronicler of Guadalajara, Antonio Herrera Casado, has reminded Europa Press that the funerary monument to King Alfonso X's lover, Doña Mayor Guillén de Guzmán, made by Juan González, a sculptor from Burgos, is one of the few funerary sculptures signed from the 13th century, which is known to be carved in wood, is polychrome and represents a sleeping or dead lady, from the 13th century.

But all this is still an enigma; among other reasons because just a few years ago the Royal House's handwritten contract with the cabinetmaker sculptor was discovered to make this piece after the death of Doña Mayor, with whom the king had the future queen Beatriz de Portugal, but with whom he did not marry because he did not have royal blood.

This document was acquired by the Hispanic Society of America (New York) through Christie's auction house, and from that moment the questions and interest in knowing what happened to her remains and to the funerary monument to Doña Mayor Guillén de Guzmán began to grow and the curiosity to know more about him, especially in this province.

Coinciding with the celebration of the eighth centenary of Alfonso X and Alcocer's membership in the Network of Alfonsian Cities and Towns, the mayor of this town in Alcarria, Borja Castro, wanted to give the place it occupied in the history of the municipality to this historic event that links the 'wise' king with the area and for this, several months ago he hired a company to make a life-size replica of this funerary piece, based on the few documents that exist, taking into account the mystery that surrounds the burial.

And thanks to some old photographs left in 1919 by the Spanish art researcher Ricardo de Orueta and which appear in one of his later published works along with a detailed description, and to the recent manuscript contract that has been discovered, that replica exists today. They are the only testimony that remains on this Castilian Gothic burial mound, data that has been fundamental so that, as the mayor of Alcocer explains, the company Anancus of Ciudad Real, has been able to make a reproduction.

Amanda, Julio and Michel are the team of sculptors from the Anancus company in charge of reproducing this sculptural piece, based on the documentation provided --the description of the contract and five photographs from the 1920s--.

As the manager of Enancus, Michel Caballero, explains, that is what they have based on to reproduce the work, which instead of walnut wood has been made in epoxy; where the central theme is the lying figure of Doña Mayor with crossed hands accompanied by other illustrations.

"It is an exceptional, spectacular, extraordinary piece, which has required many hours of work and a great deal of care in order not to fall into the temptation of interpreting what cannot really be seen", pointed out Caballero, satisfied with the result, and who pointed out that if they have not polychromed it, it is because they have not wanted to dare to go beyond interpretation, although they have tried very subtly to suggest that it had polychrome.

Now, taking advantage of the celebration, this 2022, of the eighth centenary of the birth of Alfonso X 'el Sabio', and Alcocer's membership in the Alfonsies Network of Cities and Towns, the mayor of Alcocer wants the link between its municipality with this historic event and the foundation burial of the Poor Clares convent by Doña Mayor and, in a few weeks, this replica will be able to be visited in one of the chapels of the Church of the Assumption -also known as the Cathedral of the Alcarria-, thanks to the agreement signed with the Sigüenza-Guadalajara Bishopric.

According to Castro, based on the documents found by different historians, shortly before the outbreak of the 1936 war, the nuns sold the convent and there the trail of the funerary monument was lost, without, as Herrera Casado has also asserted, Find out if it was stolen, destroyed or what happened to it. "Someone took it, obviously, but it has never come to light where this burial is," he said.

For this reason, for the chronicler, this reproduction is a "very good idea" to discover "how it could be" this piece.

In addition, on July 30 and 31, the municipality of Alcocer will host a special program on the town's relationship with Alfonso X of Castile, without a doubt, with Doña Mayor as the undisputed protagonist, with whom the king had whom he It would be Queen Beatrix of Portugal.

«This replica is for us the cornerstone when it comes to interpreting the history of our municipality, said the councilor, for whom the historical heritage is also added to the environmental heritage they have. “Doña Mayor is the most important historical figure in Alcocer at that time. She is the element that unites us to the history of Alfonso X 'the Wise'».

The exhibition is now in the assembly process and for this it has had the help of a museologist from the Erasmus program of the University of Alcalá and with the involvement of the Provincial Council and the 'Cardenal Cisneros' Study Center, which are working on the reproduction of the different documents that exist in the province linked to the figure of Alfonso X and his concessions of markets, fairs or privileges.

For Castro, it seems clear that although the Republicans took the town of Alcocer, "surely, that piece exists", and his explanation lies in the fact that "everything that has value does not burn or disappear but is sold", he pointed out. To this day, it is an enigma what happened to the challenges and the tomb, but it is not shameless that, perhaps, one day the original monument can be found.

Without a doubt, for both Castro and Herrera Casado, this piece is another attraction for the municipality. The historian and chronicler himself highlights its importance, and places it, saving the distances of the time, at the height of the Doncel de Sigüenza.

One more attraction of this riverside municipality nestled in a natural environment with enormous possibilities for tourism, which, from now on, also has another attraction in its tourist offer, the mark left by Alfonso X 'el Sabio' on through his young love.

1 Mónica Oltra personally offered her successor the... 2 The EU maintains the blockade on Polish funds because... 3 Barça announces its first signing: Franck Kessié 4 Carlota Casiraghi's coral manicure is perfect... 5 German leader meets with unions and employers to combat... 6 Myanmar hosts the 1st Regional Meeting since the army... 7 PP and Vox charge against Montero for his trip to... 8 Colau fails for the sixth time in a row, with a 4.1,... 9 Olías del Rey, the second municipality that receives... 10 The Provincial Council of Valladolid guarantees quality... 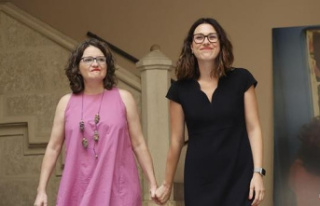