The enigma Heurtel is reborn: "Of course he has a chance to play"

Belgrade breathes after a suffocating Thursday, with two semifinals decided by details of genius. 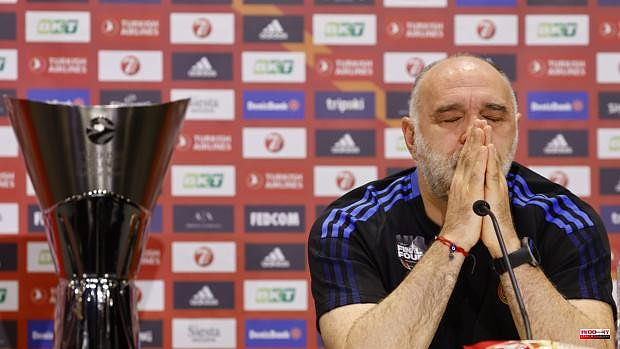 Belgrade breathes after a suffocating Thursday, with two semifinals decided by details of genius. Micic's wrist and the defensive phalanx orchestrated by Laso gave Efes and Real Madrid a pass to the Euroleague final. The duel, current champion against the king of Europe, will be played this Saturday at 7:00 p.m. and the media pyrotechnics are already beginning to return the pulse to the competition. This morning, at the Stark Arena, site of the Final Four, both battalions met. Laso and Yabusele for the Whites and Micic and Ataman for the Turks. The first words of the coach from Vitoria were to confirm what was expected. Williams-Goss will not be able to play in the final after being injured just seconds into the semi-final against Barcelona «Losing Nigel so early was difficult.

It didn't change the game plan much because other players stepped up, but losing him so early hurt."

An important drop that uncovers an opportunity until now buried. "Of course there are chances that Heurtel will play tomorrow," Laso blurted out to the astonishment of those present. It is a remote probability, since the French base was sentenced by the coach along with Thompkins on April 9, in the midst of a crisis of results and after a night out for both players. Yesterday, Heurtel was dressed in a tracksuit, not called up, and Causeur, Hanga and Abalde were the point guards. But the injury to Williams-Goss may have changed the plans of the coach, who has been regressing with the situation of those punished. From being "definitively" removed to, after a few weeks, returning to training and sitting next to the rest of the teammates on the bench. Without being summoned, yes. It seems that this Final Four in Belgrade still has a couple of cards left up its sleeve and the return of Heurtel, in the final and against the current champion, could be one of them.

Laso, a farsighted architect, took up the discourse that victories in a Final Four begin to be built long before reaching it. On Thursday, after defeating Barcelona, ​​he left until September. Today he returned to the same page of the calendar. "I don't have a magic potion. In September I don't tell them that what they do is worth it for a final or an important game. Yesterday I was very calm, the work was already done. Many times I tell them that these are the easiest games, they already have the motivation. Efes coach Ataman continued his bravado that began after beating Olympiacos. "On Saturday we will lift our second consecutive title," assured the Turk after the crush. Today, without fear, he touched the cup, located in the middle of the table that brought together the opponents in the press room. Micic, current Final Four MVP, also caressed the metal. However, given the confidence of his rival, Laso was not far behind either. “Tomorrow I see myself winning, I like to be positive in these cases.”

1 Putin cuts gas to Finland from tomorrow Saturday after... 2 Schröder rectifies and leaves his management position... 3 McDonald's sells its Russian franchises to a... 4 Denial of abortion in Croatia: "If he is born,... 5 Sánchez will meet in Davos with Intel, Qualcomm,... 6 The governor of the Bank of Spain appears in Congress... 7 The Government, open to assessing the extension of... 8 Alonso: "We want to change the dynamic in Barcelona... 9 Christian Dubé candidate in the next elections 10 They demand that Colau rename the Plaza Països Catalans... 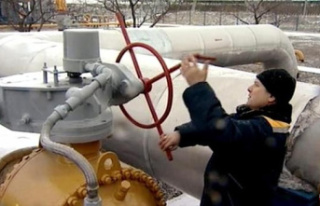 Putin cuts gas to Finland from tomorrow Saturday after...