Frontal rejection of the employers of residences for the elderly in Castilla y León to the Government's approach to promote a new model for these facilities in which places are limited. 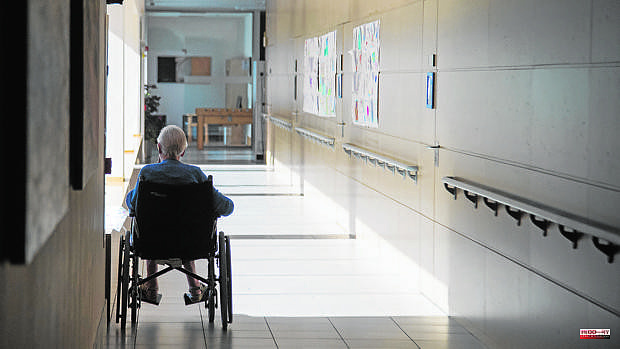 Frontal rejection of the employers of residences for the elderly in Castilla y León to the Government's approach to promote a new model for these facilities in which places are limited. And it is that, according to Acalerte's complaint, this would mean putting "thousands of jobs at risk and the closure of services and centers."

Not only that, but, in addition, the proposal of the Ministry of Social Rights that is being debated this Wednesday in the Interterritorial Council of the branch, will mean "a step back in the person-centered care model that Castilla y León pioneered. »

The Castilian and Leonese Federation of dependency care manages to quantify the possible losses. Thus, he points out that a total of 55,000 older people would be left without care - all the places in the private sector are threatened, according to the employers - and 25,000 jobs would be destroyed. “It will cause the non-viability of the most important sector in the Community”, considered the president of Acalerte, Diego Juez.

The new document of the central Executive includes, among other aspects, that the centers that are built "may not exceed 60 residential places when they are located in rural areas or sparsely populated areas"; while the “intermediate density localities or areas” would have a limit of 90 places; the «cities or densely populated areas», in 120, indicate from the employer of the residences.

In addition, the Judge has requested that the new model be accompanied by financing before it is approved. "The Government cannot force it to be applied without being assured that there will be financing for it", along the same lines, he called for the user's pension to be supplemented "up to a minimum of 2,000 euros to guarantee the sustainability of the change of the model".

It will also affect the rural world, and that is "something that Castilla y León cannot afford", since it will contribute to "increasing depopulation" and also to a "notable" loss of employment in a region that "has always boasted of being the Community that generates the most jobs in the personal care sector per million euros invested, with 66.2 jobs, compared to 40.4 jobs in Spain.

1 «That the Emperor Theater has been closed for 16... 2 Outrage at the release of the former mayor of Ponferrada... 3 The Cortes 'united' in the midst of a storm... 4 Police were urged to enter a Texas school by onlookers 5 Despite rising mass shootings, states are divided... 6 Amerie, the 10-year-old "hero" who was killed... 7 China's foreign minister begins a Pacific tour... 8 Abrams-Kemp Slugfest promises to be long, expensive... 9 India: Religious flashpoint becomes a dispute over... 10 A nascent reform movement in Lebanon faces a difficult...

«That the Emperor Theater has been closed for 16...