With wage negotiations completely paralyzed between businessmen and unions, the employers' association is now focusing one of its objectives on the search for alternatives that minimize the possible impact of inflation (runaway to 8. 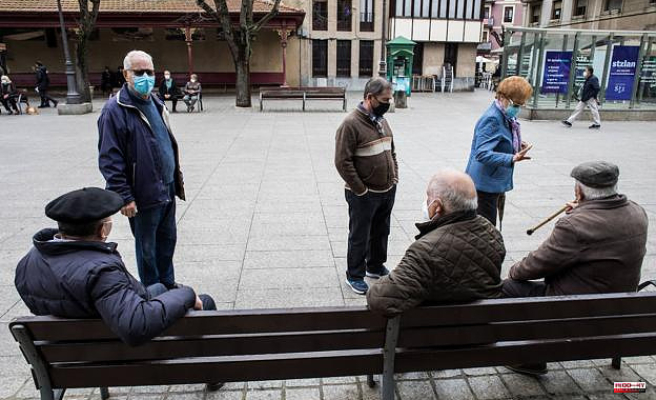 With wage negotiations completely paralyzed between businessmen and unions, the employers' association is now focusing one of its objectives on the search for alternatives that minimize the possible impact of inflation (runaway to 8.3% in April) on its activity and, above all, everything, in the evolution of its costs.

The last recommendation of the unions is that the rents covered by the agreement increase by 3.5% this year, 2.5% in 2023 and 2% in 2024. A proposal considered by the workers' representatives as "more than prudent' and which could better fit the employers' approach. Even so, CEOE and Cepyme seek to minimize costs that are not only wages and that, in their opinion and as they warned last week, "can constitute a barrier to entry into the labor market for unemployed people."

At the moment, the employers advise those who now negotiate the agreements to avoid linking wage increases to inflation, in addition to favoring other tools that can help limit, even if only in part, that increase in costs as the agreements are signed. new agreements.

On this last point, one of the proposals is to encourage the use of company pension plans so that part of the worker's salary and, therefore, of the expected increase, is executed through contributions to these savings vehicles for the retirement that the Government is developing through the bill that is still being processed in Congress. «Company pension plans are one more element to take into account in the salary structure when negotiating remuneration. From there, each negotiating unit will reach the agreements it considers in each case," CEOE sources indicate.

Just a few days ago, and as confirmed by the employers, construction became the first sector to agree on the first sectoral pension plan for its workers, including a 10% salary increase in three years.

According to the agreement, in 2022 the salaries of construction employees will be raised by 4%, by 3% the following year and another 3% in 2024, "although when the indicated pension plan is formalized, a part will be allocated to to contributions to the product that is promoted”, clarifies the document. In other words, part of the increase will be developed through this product.

The movement, in any case, will not be feasible until at least 2023, the date that the Ministry of Social Security is now considering to launch these savings vehicles, with some delay compared to initial forecasts. In other words, any negotiation that includes employment plans to 'compensate' in some way for the salary moderation demanded by employers will have to wait until next year to be effective.

Although the bill is currently in the presentation phase –with the parliamentary groups negotiating the amendments–, the Executive's idea for the new publicly promoted employment pension plans is that they are also accessible to SMEs and the self-employed. Groups that, today, are left out of this system because their companies do not promote it.

According to a recent study by the Bank of Spain, in general, it is the large multinationals that bring together the highest percentage of beneficiaries of this type of product, highlighting the financial sector and, on the other hand, the Public Administration itself, which, however, slowed down in dry contributions since 2011, due to the crisis.

In the document, the supervisor's study department analyzes the differences between workers who benefit from a product of this type and those who do not. "Once the comparable groups are built, it is observed that, on average, each euro saved in company pension plans increased private savings by around 66 cents," establishes the Bank of Spain. In other words, the savings of employees with company plans increased by 66%. If the tax effect is discounted, this additional saving would be 31 cents for each euro contributed.

The study, prepared from the Bank of Spain's own Household Financial Survey, also underlies figures that put other social realities on the table. For example, that those workers with lower incomes, if they have a collective pension plan, save more than their comparable group. And the average net wealth (financial and real assets less debts) exceeds that of those who do not have a business plan by 13,600 euros.

In Spain, and according to the third wave of the Survey on the Financial Situation and Household Consumption, these employment pension plans have a limited incidence, with barely 6% of employees with access to these products who, in total , accumulate a heritage of only 36,700 million euros. A much lower figure than that observed in other countries such as Germany (13%) or Slovakia (34%), although higher than that of Italy (3.7%) and France (5%). In the United Kingdom, 60% of employees are assigned, although they have been by default since 2012.

1 Shortage of staff: a restaurateur in Cherbourg appeals... 2 The results that would put Athletic in Europe 3 Purchasing power: in the face of inflation, Lidl offers... 4 War in Ukraine: Renault sells its assets in the country... 5 Truce in Yemen: first commercial flight from Sanaa... 6 Ligue 1: Dimitri Payet calls for "cleaning up... 7 The Ibex 35 starts the week with a fall of 0.54% and... 8 The maximum price of the butane cylinder will rise... 9 Pep Cazador is proclaimed champion of Spain of ILCA... 10 A second and a ninth leave Spain out of the Bermuda... 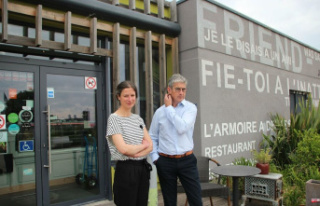 Shortage of staff: a restaurateur in Cherbourg appeals...