The emir of Qatar, Tamim bin Hamad al Thani, will make a state visit of a marked economic nature to Spain on May 17 and 18, during which he will be received by King Felipe VI and by the Prime Minister, Pedro Sánchez. 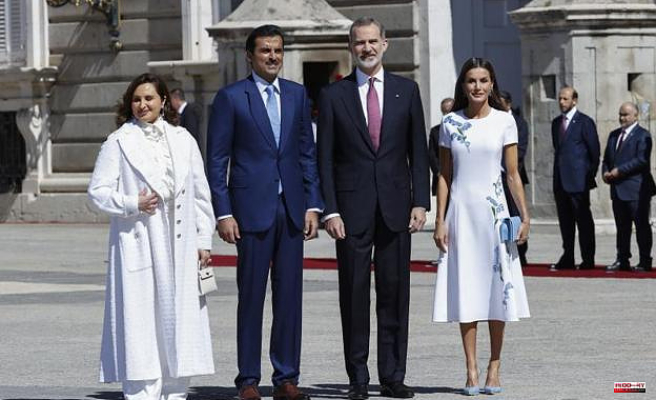 The emir of Qatar, Tamim bin Hamad al Thani, will make a state visit of a marked economic nature to Spain on May 17 and 18, during which he will be received by King Felipe VI and by the Prime Minister, Pedro Sánchez.

This will be his first official visit since succeeding his father in 2013 after his abdication, but not his first meeting with the Spanish monarch, with whom he had the opportunity to meet in September 2016 in New York on the occasion of the UN General Assembly. . His father, Sheikh Hamad bin Khalifa al Thani, visited Spain in April 2011.

The emir of Qatar will begin his visit early on Tuesday, with the formal official reception with military honors in the courtyard of the Royal Palace of Madrid by Felipe VI and Queen Letizia together with the President of the Government and other personalities.

He will then go to the nearby Senate headquarters, where he will be received by its president, Ander Gil, as well as the president of Congress, Meritxell Batet, who will award him the respective medals of both chambers.

After that, the emir of Qatar will hold a meeting with the King at the Palacio de la Zarzuela, where the King and Queen will later offer Sheikh Hamad and his wife an honorary lunch.

In the afternoon, Emir Tamim will travel to the Madrid City Hall, where he will receive the keys to the city from the Mayor, José Luis Martínez Almeida.

The first day of his visit will conclude with the gala dinner in his honor that the King and Queen will offer at the Royal Palace, which will be attended by Sánchez and other members of the Government, as well as other personalities and businessmen linked to the Gulf country.

The meeting with the President of the Government at the Palacio de la Moncloa will take place on Wednesday and will be the time to address bilateral relations, especially in the economic field, given the current energy context and given that Qatar has the third largest natural gas reserves in the world.

At a time when the EU is looking for alternative sources of supply, the emirate has become a coveted partner. Currently, Qatar is the fifth largest supplier of natural gas to Spain, behind the United States, Algeria, Nigeria and Egypt, with 4.4% of the total in April, according to data from Enagás.

The objective of the trip, the Qatar Embassy underlined in a statement, is to strengthen cooperation at all levels, hence the signing of various business and commercial collaboration agreements. In addition, during the visit, issues related to energy, sustainability and the Qatar 2022 World Cup, which will be held between November and December, will be discussed.

"Qatar and Spain have maintained a relationship of friendship and harmony for many years", highlighted the Qatari ambassador, Abdalla al Hamar, trusting that the emir's visit "will translate into a reinforcement of cooperation between the two countries in all sectors ».

“With this visit to the highest level, the Kingdom of Spain and the State of Qatar raise the bilateral relationship to a strategic level”, highlighted the Ministry of Foreign Affairs, European Union and Cooperation in a statement, specifying that during the visit they will sign “ agreements and memorandum of understanding in various fields of collaboration, such as the economic, investment, educational, judicial, health and scientific fields, among others.

Among these documents is the cooperation agreement in educational matters with Qatar with the aim of promoting and improving said cooperation between the two countries and achieving achievements and objectives of common interest, approved by the Government this week.

Likewise, the signing of a bilateral agreement is also planned for the transfer of people sentenced to a prison sentence between Spain and Qatar, which will allow, under certain conditions, that Spaniards sentenced in the Gulf country can finish serving their sentence. in Spanish prisons.

On the other hand, during his stay the Qatari monarch will receive the Necklace of Isabella the Catholic at the proposal of the Ministry of Foreign Affairs and prior approval of the Council of Ministers last Tuesday.

The Order of Isabella the Catholic was created by Ferdinand VII in 1815 and its purpose is to "reward those extraordinary behaviors of a civil nature, carried out by Spanish and foreign persons, that benefit the nation or that contribute, in a relevant way, to favor relations of friendship and cooperation of the Spanish nation with the rest of the international community». As a general rule, it is usually granted to foreign leaders during their visit to Spain.

1 Shanghai announces that it will overcome the Covid,... 2 The victim of the Malagueta perceived that the detainees... 3 The law will include a leave for recovery after an... 4 A map to know what our food is made of 5 Did a woman invent psychoanalysis? Ten pioneers who... 6 Musk asks for proof of the number of fake Twitter... 7 The Council of Ministers will approve the draft Law... 8 Iberdrola closes a 'PPA' with the Australian... 9 Correos Cargo consolidates its route between Madrid... 10 CCOO wins a lawsuit against the Generalitat Valenciana... 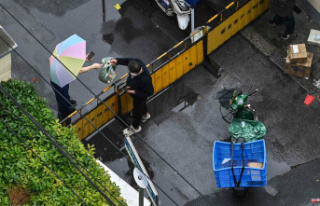 Shanghai announces that it will overcome the Covid,...