The emir of Qatar announces an investment in Spain of 4,700 million euros

The emir of Qatar Tamim bin Hamad al Thani announced this Tuesday that he has given instructions to increase the investments that his country carries out in Spain by 4,700 million euros (5,000 million dollars), at the end of the first day of his visit to Condition. 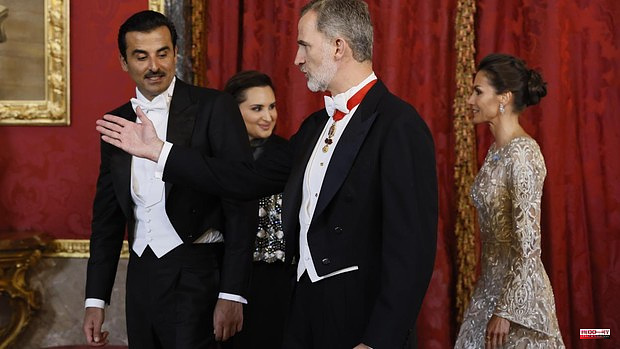 The emir of Qatar Tamim bin Hamad al Thani announced this Tuesday that he has given instructions to increase the investments that his country carries out in Spain by 4,700 million euros (5,000 million dollars), at the end of the first day of his visit to Condition.

This was revealed during the toast on the occasion of the gala dinner in his honor offered by the King and Queen at the Royal Palace, which was attended, among others, by the Prime Minister, Pedro Sánchez, with whom he will meet tomorrow.

The Qatari sovereign recalled that 2022 marks the 50th anniversary of the establishment of diplomatic relations which, he said, "have been characterized by continuous development and growing cooperation in all fields, particularly in education, health, investment, energy and economy.

All this, added the emir, is proof of Qatar's confidence in "the strength of the Spanish economy." In this sense, he has indicated that today he has given instructions to "increase" investments in Spain by 5,000 million dollars.

These investments, he stressed, "will have added value to our already existing successful investments in Spain, taking into account that Qatar is considered one of the largest Arab investors in Spain."

Don Felipe had already mentioned Qatari investments in his previous speech, emphasizing that they are a "fundamental pillar" of the strategic association that the two countries are now beginning with this state visit.

"We appreciate the confidence that Qatar has shown in our economy and its determined will to continue being one of the main investors in Spain," he commented, also trusting that the Gulf country knows how to value "the leadership of Spanish companies even more, if possible." in sectors such as infrastructure, energy, defense, civil aviation, water, agribusiness or digitization, among others.

Likewise, he has had words of praise for the progress that the country is making since the arrival to the throne of Sheikh Tamim, who succeeded his father after his abdication in 2013, thanks to his drive and that lead the country "towards ever greater horizons." of civil rights and public liberties” among which he cited the first legislative elections to the Shura Council last October or “the significant level of integration of Qatari women in the world of work”.

On the other hand, the emir took the opportunity to congratulate the King and the Spaniards for the classification of the Spanish team for the World Cup that Qatar will host at the end of this year, at whose inauguration on November 21 he has invited Don Felipe and Doña Letizia to attend as well as the parties that interest them.

Likewise, he thanked on his behalf, that of his wife and the large delegation that accompanied him on his first state trip to Spain, "the welcome and generosity of the reception" and wished "more progress and well-being" to the Spaniards .

Meanwhile, Don Felipe has emphasized that "friendship with the Arab countries is an essential pillar of our foreign and Euro-Mediterranean policy" and has assured that "Spain wants to continue strengthening its presence in the Gulf region".

Although "we have always maintained a privileged dialogue", he stated, the desire now is "to establish a more stable and strategic link, in accordance with its growing importance in the world".

The anecdote of the gala dinner was starred by Felipe VI himself, who dared to welcome Sheikh Tamim, his wife and the rest of the Qatari delegation with a few brief words in Arabic. "Your daughters will be very proud of you," the emir commented, congratulating him on his performance.

The political representation has been carried out by the general coordinator of the PP and spokesperson in Congress, Cuca Gamarra, the parliamentary spokesperson for Vox, Iván Espinosa de los Monteros, and the deputy secretary general of Ciudadanos, Edmundo Bal. 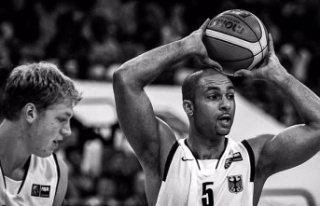