The emeritus king will return to Spain on May 21 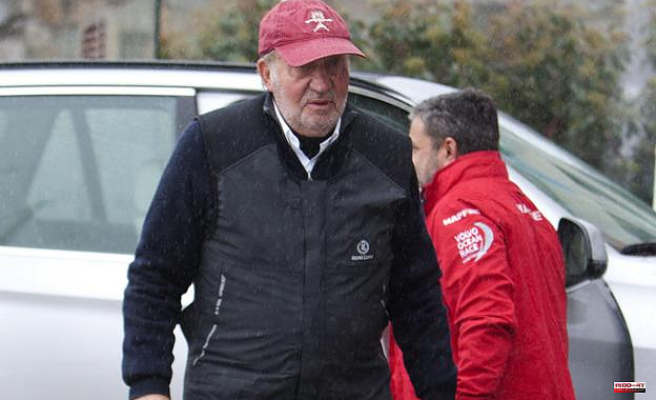 May 21th. It is the date set for the return of the King Emeritus to Spain after two years residing in the United Arab Emirates. Galicia will be Don Juan Carlos's first destination, since he is expected to spend the weekend in Sansenxo (Pontevedra), according to the journalist Fernando Ónega in Onda Cero.

After spending the weekend in Galicia, the king is expected to travel to Madrid to be received at La Zarzuela. There he will meet the rest of the royal family, as Don Juan Carlos had requested on several occasions. The monarch emeritus had already announced that his intention, once the investigations opened by the Supreme Court Prosecutor's Office had been filed, was to return, although it will not be to settle. Don Juan Carlos, who turned 84 in January, will reside in Abu Dhabi "permanently and stable" but will visit Spain frequently.

The announcement of the return of Don Juan Carlos comes after the telephone conversation between Felipe VI and his father to lay the foundations for his return to Spain, which has been speculated on for weeks. The talk was held taking advantage of the King's trip to Abu Dhabi to convey his condolences to the authorities of the United Arab Emirates for the death of Sheikh Khalifa bin Zayed.

It was a fleeting trip, round trip in the day, but the Monarch had time to participate in the funeral honors along with other heads of state and to agree with Don Juan Carlos a private meeting in Madrid, as reported in the afternoon by the Royal House through a statement. They will be seen when the emeritus arrives in Spain.

Felipe VI has never been to see his father since the emeritus moved to the Emirates on August 3, 2020. He had even avoided approaching Abu Dhabi so as not to give rise to any speculation, as when he decided not to accompany Pedro Sánchez to the opening of the Dubai Expo -400 kilometers away from the new residence of Don Juan Carlos- despite the good relations that the Royal House maintains with the families of the Emirati sheikhs.

Don Juan Carlos left Spain at a time when information about his hidden fortune was intensifying. A situation that, according to the statement issued at the time by the Royal House, advised "to move, at this time, outside of Spain." During this time, Juan Carlos de Borbón has received visits from the infantas Elena and Cristina.

The last time he was seen surrounded by his family was this Easter, when several photographs emerged in which he could be seen with his daughters and almost all his grandchildren; only Felipe Froilán was missing. Queen Sofia was not there, who either, or at least she has not transpired, has traveled to see her husband in these 17 months. Last Saturday they celebrated 60 years married.

Don Juan Carlos is not expected to spend the night in any official residence, which rules out his permanent return to the Palacio de la Zarzuela, headquarters of the Head of State. This was communicated in March to his son by means of a letter, after analyzing together with his lawyer, Javier Sánchez-Junco, the content of the resolutions of the Supreme Court Prosecutor's Office in which the three investigations on his hidden fortune.

As it did yesterday with the telephone conversation, the Royal House also made that letter public. "I prefer, at this time, for reasons that belong to my private sphere and that only affect me, to continue residing permanently and stable in Abu Dhabi, where I have found peace of mind, especially for this period of my life," said Mr. Juan Carlos in the letter.

Juan Carlos de Borbón no longer has any open legal proceedings in Spain. Nor in Switzerland, where the investigation into the donation of 65 million euros from Saudi Arabia was also filed. He only has the procedure pending in a London court with the harassment complaint of his ex-lover Corinna Larsen.

1 War in Ukraine: attacks expected in the Donbass, counter-offensive... 2 "Even Messi never did that": Theo Hernandez's... 3 NBA: Milwaukee champion released by Boston, Phoenix... 4 Severe storms: several thousand homes still without... 5 The employer urges to take advantage of pension plans... 6 Shortage of staff: a restaurateur in Cherbourg appeals... 7 The results that would put Athletic in Europe 8 Purchasing power: in the face of inflation, Lidl offers... 9 War in Ukraine: Renault sells its assets in the country... 10 Truce in Yemen: first commercial flight from Sanaa... 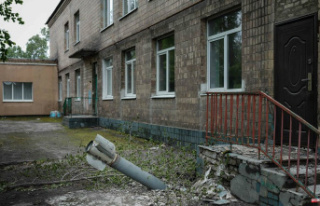 War in Ukraine: attacks expected in the Donbass, counter-offensive...