The president of the Diputación de Alicante, Carlos Mazón, has chaired this Monday the extraordinary session of the Economic and Social Council of the province with a single point on the agenda, addressing the proposal to apply a tourist tax in the Valencian Community, a measure that has resulted in the rejection of the majority of the attendees, with the exception of PSOE, Compromís, Escola Valenciana and the UGT and CC. 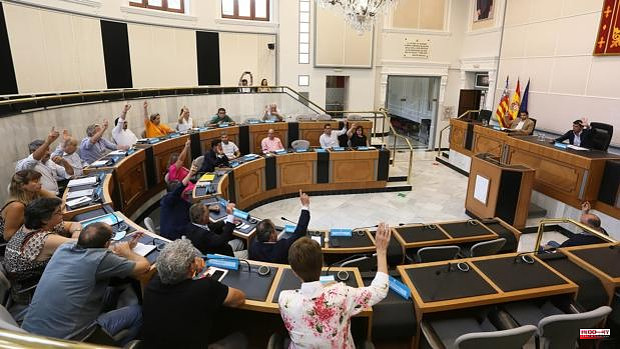 The president of the Diputación de Alicante, Carlos Mazón, has chaired this Monday the extraordinary session of the Economic and Social Council of the province with a single point on the agenda, addressing the proposal to apply a tourist tax in the Valencian Community, a measure that has resulted in the rejection of the majority of the attendees, with the exception of PSOE, Compromís, Escola Valenciana and the UGT and CC.OO unions, who have voted against the document requesting the withdrawal of the tax.

Mazón has transferred at the end of the meeting that, in this context, "we are in a very difficult situation for the competitiveness of tourism and the province of Alicante and it would be convenient to know what the general secretary of the Valencian socialists, Ximo Puig, thinks", to whom , as the president has added, "I would ask him publicly with which PSOE we stay, if on the same day the regional secretary of Tourism, Francesc Colomer is able to say that the tourist tax is a mistake and half an hour later in the Diputación de Alicante his group votes with Compromís exactly the opposite”.

The Economic and Social Council has discussed for more than an hour and a half the analysis of the proposed Law for Fiscal Measures for Sustainable Tourism that is being processed in Les Corts and that has the opposition of a large part of the Alicante business sector, such as reflects a manifesto endorsed by the Valencian Business Confederation (CEV), and defended this Monday by the general secretary of the Hosbec hotel management, Nuria Montes, in which she warns of the negative effects of the rate.

According to the document presented in the plenary session, and which has had the favorable pronouncement of the majority of associations and organizations present, there are more than 2,500 adhesions from all business organizations in the tourism, regional, national, professional, consumer and worker sectors. of the group "who are in deep disagreement with the bill", a "euphemistic" term, to call the initiative, as Montes has recognized, on behalf of the hotel management, "as if to promote sustainability a new tax".

The members of the Economic and Social Council, in which all areas of the province are represented, have mostly spoken out against this measure, "because it will have a negative impact on the main economic engine of the territory." According to the representatives of the entities that have voted 'No to the tourist tax', this tax "intends to punish people who choose to visit the Valencian Community, thus penalizing hotel activity and regulated tourist accommodation", while they consider that it is not a municipal and voluntary tax, but a regional one that will be collected in all localities and tourist accommodation and cruise companies.

In this line, the deputy of the Presidency, Eduardo Dolón, has expressed himself, who has considered it nonsense "to transfer the mayors if they choose to apply the rate or not in their municipalities", while informing the attendees of the appreciation of the regional secretary of Tourism, Francesc Colomer, calling the measure an “error”. Also, the provincial deputy Javier Gutiérrez, has indicated that this "is a matter of numbers and it is not true that its application has little impact on tourists, because its impact is high."

For his part, Carlos Baño, representing the Chamber of Commerce, has shown his rejection of the rate "because we see it as illogical", while from the consular body of the province they have pointed out that "any increase is fatal for tour operators look for other destinations.

The document presented by the CEV recalls that the proposal "is not born of the Valencian Government, nor of a consensual tourist policy, but of a night transaction of three deputies from three parties -PSPV, Compromís and Podemos- who intend to mortgage the future of the economic engine of the Valencian Community.

According to the analysis carried out by the CEV, the implementation of this rate will imply a reduction in collection of 39 million euros and, in addition, confirms that in those autonomous communities that already apply a similar figure, the taxes collected are used for general spending, reduce deficits or other items unrelated to tourism activity.

For his part, Gerard Fullana, spokesman for Compromís, has lamented that this matter is brought up for assessment without having worked on it previously, while at the same time defending the application of the rate, since he considers that it will generate more tourism, more spending, and more capacity for investment in sustainable policies. An argument shared by the representative of Escola Valenciana, who has requested reports that complement the document presented by the CEV in order to reach a consensus. Finally, from the PSOE it has been stated that tourism is not the only sector that generates wealth in the province and has opted to carry out a serene and well-founded analysis of this rate "which I believe has little impact on the business viability of the sector”, has indicated the deputy Miguel Millana.

During today's session, this extraordinary session was attended by 25 representatives of the UGT, CC OO, CEV, the Chamber of Commerce, the University of Alicante and the Miguel Hernández University of Elche, medical and nursing colleges in the province, FAPA, CONCAPA, ASAJA, Port Authority, Federation of Fishing Associations, COCEMFE, COVAPA, consular body of the province, as well as other entities and organizations, of which 18 have favorably signed the CEV manifesto against the fee, and seven They have shown their rejection of the text, which advocates withdrawing the initiative from processing.

1 The Government renames the Air Force to also cover... 2 Sexual violence in Catalonia: complaints increase... 3 Reduction of the transport pass in Madrid: when can... 4 Ferrocarrils de la Generalitat Valenciana approves... 5 Is it possible to go to the center of Madrid during... 6 Tomatina de Buñol 2022: dates, complete schedule... 7 Buxadé: «Sánchez is a sociopath, he lacks scruples... 8 An exhibition allows to handle the inventions of Leonardo... 9 An almost deserted Congress, an image of the breakdown... 10 A missile hits a busy shopping center in Ukraine,... 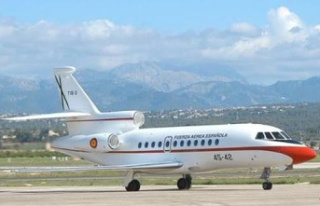 The Government renames the Air Force to also cover...