The Economic and Social Council of the Diputación de Alicante has appointed its Permanent Commission, a body made up of nine members that will deal with the different proposals presented by unions, business organisations, chambers of commerce, social entities or political groups to establish a work plan . 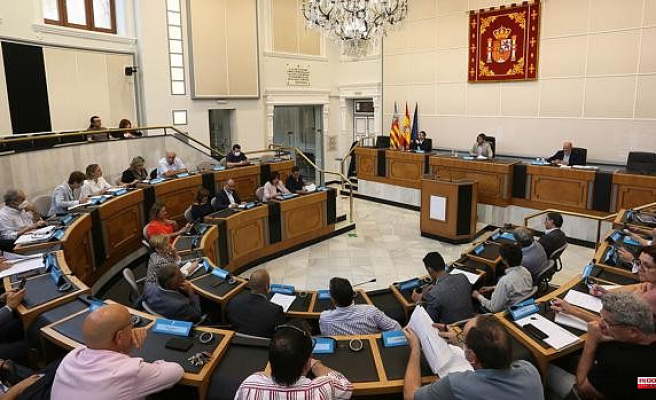 The Economic and Social Council of the Diputación de Alicante has appointed its Permanent Commission, a body made up of nine members that will deal with the different proposals presented by unions, business organisations, chambers of commerce, social entities or political groups to establish a work plan .

The president of the provincial institution, Carlos Mazón, has chaired this session in which more than thirty initiatives have been proposed, establishing as a priority for analysis the impact of the tourist tax on the economy of the province, as has been requested by the CEV, or the problem of banking exclusion in small municipalities, at the proposal of the unions.

The Permanent Commission, which will meet shortly and will establish a schedule of regular meetings, is made up of, and has thus been approved unanimously, by Mazón as president, or by delegation to the Vice President of the Council, Eduardo Dolón, and by the deputies Gerard Fullana (Compromís), Manuel Penalva (PSOE), Javier Gutiérrez (Citizens) and Mari Carmen Jover (PP) representing the political groups.

In addition, in response to a request from the Socialists, Miguel Millana, also a deputy of this formation, will be integrated.

For union representation, Ismael Senent (UGT) has been appointed, while the business section will be represented by Marian Cano (CEV). Carlos Baño, from the Alicante Chamber of Commerce, enters through the economic, social and associative sector and, finally, the social representation will fall to Sonia Terrero, from Covapa.

During the session, the different entities represented on the Council have submitted different proposals for action for this year in order to establish a work and action plan. In this sense, the CEV has proposed seventeen initiatives, among which is the promotion of the improvement of the province's infrastructures, the promotion of industrial FP, implementing measures to support self-consumption in the industrial area, the creation of a air route between the US and Alicante, the promotion of the Alicante-Elche axis or the preparation of a report on the economic impact of the tourist tax that the Generalitat is already processing.

1 Peter Lim strikes down Anil Murthy as president of... 2 Portes Sud Perigord: Concert “Under the Italian... 3 The Rolling Stones visit the Fallen Angel of Retiro... 4 Tickets for the two bullfights of Corpus de Toledo... 5 The Provincial Council contributes 34,000 euros to... 6 Biarritz: A dance gala to benefit the victims of war... 7 The Supreme Court annuls the conviction of Alfonso... 8 A survey commissioned by the PSOE says that Page is... 9 Arrested in Alfaz del Pi for running over three people... 10 Jean-Christophe Cambadelis releases a "social... 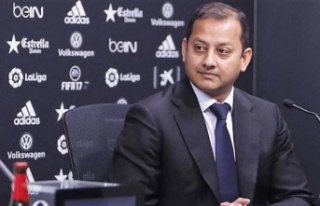 Peter Lim strikes down Anil Murthy as president of...