There is no turning back. 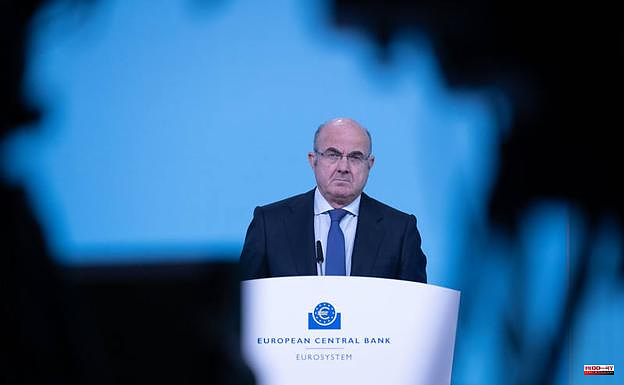 There is no turning back. The European Central Bank (ECB), is once more preparing to raise interest rates next July. It does this through its most recent financial stability report. In which it warns that the outlook is "weakened" as rising inflation and war in Ukraine challenge the strength of recovery following the pandemic.

Luis de Guindos (the agency's vice-president) was among the first to advocate for a rate increase sooner than expected. He warned that high inflation and the risk of war "have weakened confidence in companies and consumers who just came out of the tight restrictions imposed by the pandemic."

Guindos speaks out about the negative impact high energy prices have on recovery. Guindos also mentions "high volatility" which has led to "some liquidity risk, particularly in commodity derivative markets." The ECB believes that the biggest threat to financial stability within the Euro area is from macroeconomic channels.

"This creates additional challenges for companies with high levels of debt, when there is limited fiscal space in the countries. Guindos suggests that fiscal policy support might need to be more targeted during this pandemic than it was during the previous one.

These words from the vice president of ECB are coming at a moment when the Spanish government must decide if it will finally extend its 'anti-crisis' plan, which is currently valid until June 30, and, if yes, what measures it will modify or extend. The aid of 20c per liter of petrol, which could be restricted to the worst-affected sectors of the crisis rather than reaching all citizens, is one of the most controversial.

The financial stability report states that the region's companies are facing "difficulties due to rising input prices and a more bleak economic outlook".

The ECB warns this could lead to increased defaults (defaults) in companies that are part of sectors that have not fully recovered from the outbreak and are again most affected by the effects of war. Christine Lagarde, the institution's chair, warns that companies with high credit ratings and heavily indebted businesses may face difficulties due to the tighter financing conditions.

The ECB has a number of scenarios that could lead to defaults exceeding 8%. This scenario is dominated by companies that were in the worst position before the pandemic. These companies are the ones that have suffered the most from the increase in raw material costs and poor financing conditions. Higher energy and other commodity prices could impact activity in those sectors of the economy that are still recovering from the pandemic. to pass on higher costs.

This could lead to a cascading effect that could have unpredictable consequences for financial stability, especially if the worst happens. The ECB discovered that many institutional investors, such as investment funds, are exposed to companies at higher risk of insolvency. The pandemic risk has been prevented by the economic policies of governments. Now, however, from a weaker position we must be vigilant about the liquidity capacity for funds that are more exposed to low credit quality fixed-income bonds.

"There may be more corrections in the financial markets due to the escalation war or weaker global growth. Or if monetary policies need to be tightened quicker than anticipated.

The ECB's latest May report highlights another risk: the recent collapse of cryptocurrencies. In fact, the entire chapter of the ECB's May report is dedicated to the financial stability risk they see in this market, particularly in light of "excessive levering" by some funds in this asset type.

This is the biggest risk to financial stability. The ECB is targeting platforms that enable investors to increase their exposure to crypto assets via leverage. Binance, for example, allows you to leverage up to 125x your initial investment. Other platforms like BitmeX and Bybit allow you to leverage up to 100 times your initial investment. Platforms like eToro and Kraken allow investors to leverage only up to a maximum 2 or 5 times.

Retail investors control a significant portion of this market, which is the big problem. According to the ECB's latest survey on consumer expectations, 10% of households in the Euro zone own this type of asset. They have an average investment of less that 5,000 euros. Only 6% of those with greater purchasing power claim to have invested over 30,000 euros.

The ECB reminds us that, despite recent crypto boom, the market still makes up less than 1% in the global financial system. He warns, however, that the market is seven times bigger than before the pandemic and has been generating 10 new virtual assets per day on average. The ECB warns that if the current trajectory is maintained and financial institutions get involved, they could be a threat to financial stability.

1 Jayce Carroll, the missionary who frightened Europe 2 Casado: "Madrid made a motion for democratic... 3 Students are frustrated by the lack of gun reform 4 100 Days of War in Ukraine: A Timeline 5 Dialogue through comedy and dance 6 Javier Bardem admits to Cannes that he longs to make... 7 Abbott will restart production of baby formula 8 A woman from Arizona pleads guilty to a ballot collection... 9 They created a fabric that can 'listen'... 10 Miguel Linares: Let's go to La Coruna and enjoy.... 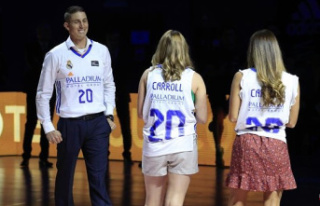