This summer, the Canary Islands will have 1,456 troops, 156 vehicles and 15 manned aerial resources, as well as several drone units to protect the islands in the 2022 forest fire prevention and extinction campaign. 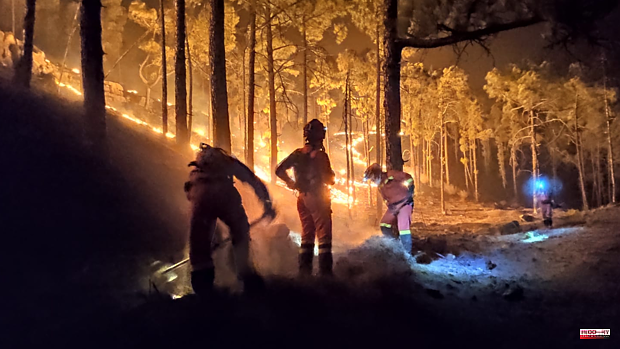 This summer, the Canary Islands will have 1,456 troops, 156 vehicles and 15 manned aerial resources, as well as several drone units to protect the islands in the 2022 forest fire prevention and extinction campaign.

The total of the 1,456 human troops is the sum of the resources of the State Government, the Canary Islands and five councils in a figure that includes technical, management and coordination personnel, support, operational commands, firefighting teams, aerial coordinators and crews.

To these would be added, where appropriate, the troops and means of the UME and the planes of the 43 Group of the Air Force, which is managed by the Ministry of Ecological Transition and which has operated time and time again in emergencies and security crises in Canary Islands.

The contribution of resources to the prevention and firefighting device by the Government of the Canary Islands amounts to 255 troops, 16 fire engines and six multifunctional helicopters from the Emergency and Rescue Group (GES).

The set of the five councils adds to the campaign 988 troops, 118 vehicles and four helicopters, while the list of troops of the Government of Spain supposes 213 troops, 22 fire engines and five aerial means.

As a novelty, this year drone units are incorporated into the prevention and fight against forest fires, belonging to the Canary Executive, both from the GES and the Forest Fire Intervention and Reinforcement Team (EIRIF), as well as from the Military Emergency Unit , dependent on the Ministry of Defense, the National Police Corps, the Civil Guard and the councils themselves and other administrations, entities and security and emergency bodies.

According to the Minister of Public Administrations, Justice and Security, "the use of drones during the volcanic emergency of La Palma has allowed staff to gain experience, and the Government of the Canary Islands has promoted training in drone piloting to carry out flights, when manned aerial resources are not working, which will result in a significant improvement, both in the prevention of fires and in their analysis and evaluation in the event that they occur.

In times of high danger, the Canary Islands forest fire operations will remain deployed and will always remain on alert, and the limiting and prohibitive measures established in the corresponding decrees on matters of Forest Fire Prevention, and Civil Protection and Emergency Attention will be applied. by forest fires.

After the coordination meeting of the Special Plan for Civil Protection and Emergency Response to Forest Fires (INFOCA), which is directed by the Minister of Public Administrations, Justice and Security, Julio Pérez, he has informed of the available means and the members have been appointed of its Advisory Committee, which would be constituted in the event of an emergency.

The session was attended by representatives of the Central Government Delegation in the Canary Islands, the Canarian Executive and councils of Tenerife, Gran Canaria, La Palma, La Gomera and El Hierro, AEMET, CNP, Civil Guard, UME and CGPC, who presented the list of media attached to INFOCA by each administration for the 2022 campaign.

Likewise, the protocol for activating means and resources at the regional level has been analysed, as well as the operation of the National Mobile Analysis and Planning Units and their forest fire prevention and analysis teams.

1 The president of the doctors of Castilla y León:... 2 Marta Mathéu: like a wave 3 Florentino Pérez will only be able to accuse Iberdrola... 4 CC.OO. and UGT raise the strike at Correos to the... 5 Like this it has been the injury of Alexander Zverev 6 Checo Pérez's apology after his gap in Monaco 7 The doubts generated by PSG's financial fair... 8 Spanish products triumph at the 'Superior taste... 9 Duquende and Ricardo Ribeiro create the canastero... 10 Suma designs a strategic plan to improve citizen services... 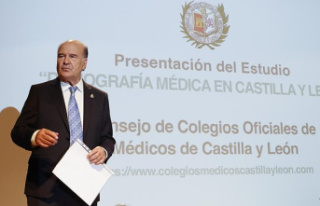 The president of the doctors of Castilla y León:...