Under the suffocating heat, sometimes humid, and subjected to arduous work, in which they had to avoid the bites of snakes and insects, try not to be injured during the work in the mills and avoid whipping or the punishment of the accident Black Code, the slaves of the Santo Domingo plantations cultivated sugar cane and turned their land into the richest colony in the Caribbean. 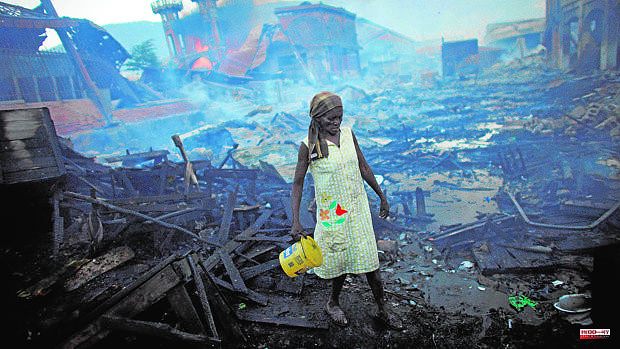 Under the suffocating heat, sometimes humid, and subjected to arduous work, in which they had to avoid the bites of snakes and insects, try not to be injured during the work in the mills and avoid whipping or the punishment of the accident Black Code, the slaves of the Santo Domingo plantations cultivated sugar cane and turned their land into the richest colony in the Caribbean. In his book 'Haiti. The Aftershocks of History' (Picador, 2012), Laurent Dubois, one of the historians who has investigated the amazing past of that Santo Domingo that was later called Haiti, and that in the media usually appears associated with news about catastrophes and disasters natural, as if it were a place condemned to suffering and misery, describes the atmosphere that gave birth to the slave revolt of 1791, one of the most fascinating events of the 18th century.

In order to understand the tragedies that followed that revolt -at present, Haiti is the poorest country in America and one of the poorest in the world, located in the last positions of the Human Development Index-, the American newspaper 'The New York The Times' (NYT) published a series of historical background articles last week, explaining what happened in the decades that followed. It is a great journalistic work that has had a double repercussion, since it has not only transferred to public opinion the ins and outs of an exciting period, but it has also opened a debate on the way reporters and historians relate to one another.

With the abuses of the French bank Crédit Industriel et Commercial (CIC) at the end of the 19th century and the American occupation at the beginning of the 20th, the NYT cited as one of the causes of the underdevelopment of Haiti the sum that France forced to pay in July 1825 to his former colony. To get King Charles X to recognize their independence and ward off the specter of a military incursion -Napoleonic troops arrived on the island in 1802, but were defeated the following year-, the Haitians agreed to pay 150 million francs to compensate the former proprietary settlers or their descendants, a figure later reduced to 90 million. According to the calculations of the reporters of the New York newspaper, the total sum paid over six decades was equivalent to 560 million current dollars, which caused the loss of between 21 thousand and 115 thousand million for the growth of the country. Overwhelmed by the amount, Port-au-Prince had no choice but to borrow from French banks, which gave rise to the so-called 'double debt'.

Professor at the Higher Normal School of the State University of Haiti and member of the Haitian Society of History, Gusti-Klara Gaillard (1) has provided valuable information to learn about this episode. Through the analysis of a document called 'Rapport au Roi' ('Report to the King') drawn up by a commission appointed by Charles X in September 1825 - a document that, among other things, contains a proposal for articles for the law on the payment of compensation and establishes a price for each type of slave-, Gaillard has concluded that, in order to obtain their independence, the Haitians had to compensate the settler owners for the loss of their real estate and also of the slaves who were associated with them. This is a key finding, which the historian develops in 'The debt of independence. The monetized freedom of mankind (1791-1825)’, a forthcoming article.

As Gaillard recalls, another Haitian president, Alexandre Pétion, had already contemplated in the first decade of the 19th century paying compensation to France, but that, in no case, included the loss of the slaves, since they had carried out a successful revolt between 1791 and 1793 and had become free French citizens with the decree approved by the National Convention in February 1794.

“The payment of the debt is one of the main reasons for the underdevelopment of Haiti, but we cannot say that it is the only one. There is a more general context. It can be said that underdevelopment began in the 17th century, from the beginning of the colonial era”, explains historian and lawyer Malick Ghachem, professor at the Massachusetts Institute of Technology (MIT, for its acronym in English). “It is difficult to know if debt is the cause of underdevelopment. It could have played a role, but one must not fall into the counterfactual story, taking only the hypothesis of a virtuous development of the island in the event that there had not been one. You have to see all the possibilities. Haiti was the scene of civil wars at the beginning of the 19th century and it can be argued that the money would have been lost in military spending. It is very difficult to make hypotheses over such long periods", adds historian Paul Chopelin, professor at the Jean Moulin Lyon 3 University. "Santo Domingo was the most important colony of the first French empire, the richest thanks to sugar cane, but one of the most terrible on a human level. Slaves from Africa made up 90 percent of the population," summarizes historian Paul Cohen, a professor at the University of Toronto. “Before the year 2000, this story was ignored by most French people and very quickly evoked in school curricula. Everything began to change with the Taubira law».

Enacted in May 2001, the Taubira law is named after Christiane Taubira, a former Guiana deputy who became Minister of Justice under former President François Hollande. In her first article, she establishes that the slave trade and slavery constitute a crime against humanity, and demands, in the second, that this historical phenomenon be included in school programs and become the object of historical research.

Two years later, the then president of Haiti, Jean-Bertrand Aristide, demanded that France return the compensation for independence, which amounted to some 22 billion dollars. According to the book 'A Concise History of the Haitian Revolution' (Wiley-Blackwell, 2011) by Jeremy D. Popkin, "The French government firmly rejected Aristide's request, and French irritation with him for raising the issue has been cited as one of the reasons that country joined the United States in forcing Aristide out of office in February 2004."

“Former President Hollande visited Guadeloupe in May 2015 and said that he would pay France's debt when he arrived in Haiti. He came to Haiti and said that France's debt was moral, but not financial », notes Ghachem. "It is a difficult subject, because the Quai d'Orsay does not want to open this issue, which has implications for France's relations with its former colonies, not only in North Africa, but also in the West, and in South Asia," Add. “I think that few French people know that Haiti was a colony in the 18th century, and that there are more recent traumas, such as the Second World War and the Algerian war, that attract more attention,” says Chopelin. "The NYT articles give the impression that the debt episode has been hidden from French history, but the whole of the 19th century is poorly known and little taught," he considers.

Although the historians consulted praise the work of the American newspaper and celebrate its scope -for example, the CIC bank announced in a statement that it will finance "independent university work" to clarify the role it played in Haiti two centuries ago-, many their pretensions have also made the NYT ugly, as if they had addressed a subject that other researchers had left out. "Historians do not say that the NYT was wrong, but that they have exaggerated their own contribution, minimizing those of other experts," says Cohen, who spoke in detail on Twitter about the controversy. "However, it must be said and repeated that what they have done is magnificent, because they have demonstrated the extraordinary potential of historical journalism, of a marriage between historical research and journalism," he concludes.

(1) Gusti-Klara Gaillard is authorized to conduct research (University of Paris 1 Pantheon Sorbonne) on 'Haiti-France: a practice of unequal relations in the nineteenth and twentieth centuries. Economy, politics, culture'. His work on the compensation that Haiti paid to France in the 19th century was based on the work of ancient historians (Jean Fouchard, Father Cabon...) and current colleagues (J-.F. Brière, M. Lewis, P. Force, F. Beauvois), in addition to the Taubira law.

1 Emotional and technological waste in the musical tribute... 2 The 'white label' opens new horizons in... 3 Mechanical workshops step on the accelerator of innovation 4 Spanish engineering marks a milestone in the Philippines... 5 Artificial intelligence learns to think green 6 "I suffered from anxiety, and couldn't find... 7 “We are experiencing the most direct and real exposure... 8 The escaped murderer from Zaragoza: "I stabbed... 9 Sánchez's 'beautiful government' to... 10 Republican states in the United States make it easier... 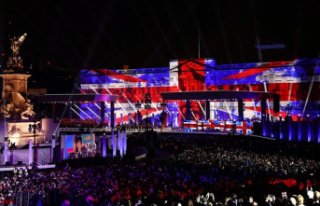 Emotional and technological waste in the musical tribute...