The dog days take over the capital

It was and will be hot, an impertinent sun on the heads of the people of Madrid. 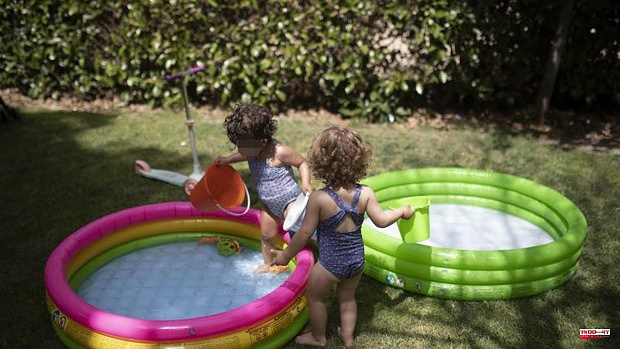 It was and will be hot, an impertinent sun on the heads of the people of Madrid. From early in the morning, one of the big days of the second meteorological wave woke up with that gauze that according to dermatologists is the one that burns the skin the most due to refraction and the magnifying effect. The risk had been warned and in the Department Stores of sporting goods they did not even talk about the weather. They only sold flip flops, lots of flip flops. And green swimsuits, a color that should complement everything.

The VTC at twenty degrees was a minimal oasis, and Jairo was already threatening "of this 'calufo' that remains until you know when." The car was black, and the little sun that entered, right window, had its blades.

At the Quevedo fountain a cyclist saw that there were no police nearby, parked the bike as best he could and soaked his jersey. He was looking at him like a strange but hydrated pigeon. On the trip to Retiro, theoretical paradise of soft drinks, working Madrid drank water by the nose and who didn't, boiling coffee, because of the frigories.

No one would think of taking a picture with the dog days and the Puerta de Alcalá; anyone in these neighborhoods. That everything was seen on a Monday in June that seemed like August. At that same entrance to the Retiro, not even the gypsies were selling dried rosemary. Later, the stuffed costumes were on the ground, as a symbol of a corpse.

In the monument to Alfonso XII, more of the same. By boat or canoe, shade was sought. Two Venezuelan actors went there, Alejandro Rodríguez and Marisela, who in one of the music kiosks of which El Retiro is generous, prepared something similar to a monologue.

Few Spaniards, although Tomás had in the shadow of a mythological being Winxhie and Carlos, that was the name of his dogs and who played with the carp of the monumental Lake. Some domestic carp, about to boil and with a vague movement like a snake.

The sun sparkled in the work of Mariano Benlliure, but also in Diosdado's polarized glasses, with the Peru shirt, some resistance to the heat, and the anticipation of watching his country's match against Australia. That's why he was on vacation. And for that, the custom of the siesta was not going to be fulfilled. "A short break, and to continue."

The Retreat, on Monday from hell, had these things. Like Víctor, from Cuba, who basked in a towel under the relative darkness of a tree in this "his first summer" in Spain. Jaime was riding a cheap bike without a shirt, he learned to pose with water like a leading man from a soap opera five meters from the Fallen Angel. Hearing the 'clack' of the camera, he thought we were reporting on a mill, since he realized that walking shirtless in the Park is newsworthy, he said four vague words while he wiped the dust, sweat and perhaps tears from his trunk higher.

In El Retiro, the 'tatas' had also prepared inflatable swimming pools for their children to avoid sunstroke for their children. Others ran and trotted unprotected in the less shaded parts of the garden. An empty heroism that had to be told.

However, the water park in Madrid is that of the Madrid Río fountains. Where teenagers got soaked dressed to do something. The sky was still not blue in Madrid Río and those fountains that were closed during the pandemic to make the dry land, a double dry land. It was that the fountains were opened and that Santiago, a good-looking retiree, was stirred by something inside him: "We called this the farm." And he got into I don't know what when he remembered the friends who took the Covid. Still, seeing "the farm" with people splashing around, parents playing hooky with their kids, put a smile on her face.

"The worst is yet to come," he was warned. And she went home, to indulge in a more than deserved nap. A young man contemplated the jets from the opposite shore, with a presumably hot beer while the audiovisual colleagues wanted to turn the Arganzuela into Benidorm.

They say that finishing the week will improve things. The psychological exit of the Night of San Juan has not yet been crossed and there are already those who miss Filomena.

1 The twin temples of Debod 2 Climate change, vandals and bird nests, the enemies... 3 Cosimo di Lauro, the boss of 'Gomorra',... 4 The PP of Feijóo, after the withdrawal of the appeal... 5 Feijóo responds to Sánchez's "contempt"... 6 Fran Carrillo: «The primaries that Marín won were... 7 Carlos Bautista, prosecutor: "The Prosecutor's... 8 Tony Buzbee confirms that Deshaun Watson will face... 9 Notaries and registrars can extend their working life... 10 These Salt Flats are Cotton Candy Pink 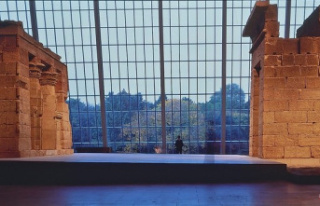 The twin temples of Debod