The disagreements between Robles and Marlaska, two jurists who have known each other for a long time

Next week will be four years since Pedro Sánchez came to power. 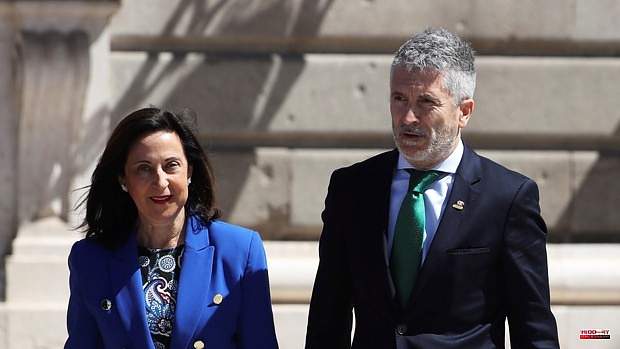 Next week will be four years since Pedro Sánchez came to power. After defeating Mariano Rajoy with a motion of censure, the general secretary of the PSOE appointed a first Council of Ministers in which he took great care to give him prestige with independent profiles, a task in which he had mixed luck. The failed Màxim Huerta in Culture, who had to resign shortly after due to a tax issue, and the mediatic Pedro Duque, the first astronaut to become Minister of Science and Universities, were joined by three weighty jurists: Dolores Delgado, who would soon pass , for the scandal of the prosecutor's career, from the Ministry of Justice to being the state attorney general, and two others in the Interior and Defense, Fernando Grande-Marlaska and Margarita Robles.

The second had already been collaborating with Sánchez for some time and was his parliamentary spokesperson, on her return to politics after being Secretary of State for the Interior with Felipe González; the first came to the Executive preceded by his fame as a relentless magistrate against ETA during his time as an investigating judge in Bilbao first and later by the National Court.

Both were part of the General Council of the Judiciary (CGPJ), curiously Robles at the proposal of the PSOE and Marlaska of the PP, a formation with which they had good relations at one time. Robles also marked her career with milestones such as having been the first woman to preside over a Provincial Court, that of Barcelona, ​​and the third to reach the Supreme Court.

But as the saying goes, the wedge of the same wood is sometimes the worst and these two jurists soon collided with each other. Marlaska came to the Executive to take charge of an area, Interior, in which Robles had been in command in the 90s. The tangent lines that run through the Armed Forces and the Security Forces have been behind these conflicts. During the pandemic, the deployment of the Balmis operation with which the Army acted in the most affected points, such as nursing homes or field hospitals, was not to the liking of the Interior.

In addition, in the summer of that 2020, with the confinement already over but still with restrictive measures such as curfews or perimeter closures, the Interior suddenly dismissed Colonel Diego Pérez de los Cobos, head of the Madrid Command. The reason given was that he did not report on aspects of an open investigation within the Civil Guard on the responsibility of the director of the Center for the Coordination of Health Alerts and Emergencies (CAES), Dr. Fernando Simón, and of the Government Delegation in Madrid by allowing or even encouraging demonstrations, including 8-M on the occasion of Women's Day, in the days prior to the declaration of the state of alarm for the first time to confine citizens. That dismissal accelerated the departure of Lieutenant General Laurentino Ceña as DAO of the Benemérita.

The tension between the Interior and Defense became evident when the minister was absent from the inauguration of Ceña's replacement, Lieutenant General Pablo Salas. Even before, just at the beginning of the coalition government with Podemos in January 2020, another decision about the Benemérita did not sit well with Defense, such as the dismissal of the general director of the body, Félix Azón.

A year later, at the beginning of 2021, the Filomena storm that blocked Madrid again caused friction between the two. Robles decided to deploy the Military Emergency Unit (UME) in the capital, as the mayor, José Luis Martínez-Almeida, had requested. A gesture that irritated the Marlaska team, who felt bypassed because Interior was not taken into account, given that their troops also carried out work to mitigate the effects of one of the biggest snowfalls that Madrid residents remember. The roads were paralyzed and many vehicles were trapped, in a situation for which both the Madrid council and other cities in the Community of Madrid requested the declaration of a catastrophic area.

Robles and Marlaska, curiously, are the other two members of the Government, in addition to Sánchez, whose cell phones were infected in 2021 with the Pegasus system.

1 Interior marginalizes the CNI in the new law against... 2 Florentino equals the Bernabéu legend 3 The club that persecutes itself, the undisputed owner... 4 Courtois, the giant of the Champions 5 Nadal against Nadal, uncle against nephew 6 From the Bernabéu to Cibeles, the iconic route 7 Ardeche. Chestnut Enduro - Helicopter race doctor... 8 Vaucluse. Six verbalizations for urban rodeos at Avignon... 9 Cycling / Alps Isere Tour. Young Alois Charrin, Loris... 10 Flaviac. Ardeche: A teenager who was slightly hurt... 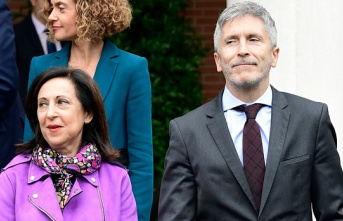 Interior marginalizes the CNI in the new law against...