The president of the Diputación de Alicante, Carlos Mazón, announced this Tuesday that the preliminary draft of the future Congress Center of the province's capital, located in the port area, is being finalized and it is expected to be approved after the Fogueres festivities, in this same month of June. 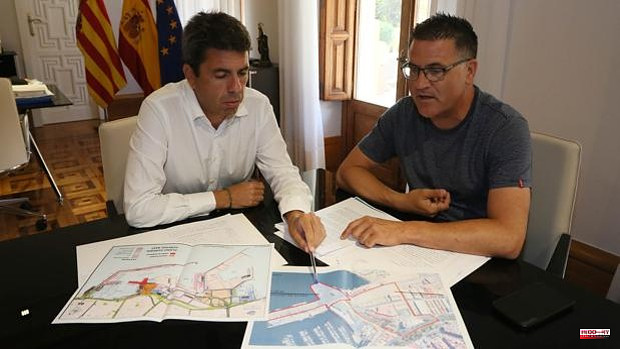 The president of the Diputación de Alicante, Carlos Mazón, announced this Tuesday that the preliminary draft of the future Congress Center of the province's capital, located in the port area, is being finalized and it is expected to be approved after the Fogueres festivities, in this same month of June.

This has been highlighted after meeting with the Deputy for Architecture, José Ramón González de Zárate. The technicians of the City Council have transferred to this department of the provincial institution the observations on the draft of the preliminary project, after the various meetings that both teams have held in recent months to coordinate the details of this infrastructure that will have a total of 26,000 square meters , of which 18,000 correspond to the center building, according to a statement from the provincial institution.

Mazón has reiterated his institutional commitment, as well as that of Mayor Luis Barcala, when it comes to promoting this capital project for the province, "a multipurpose space with which we will position the city of Alicante at the European epicenter of congress and convention tourism" .

As explained by González de Zárate, the technical team of provincial architects has already sent all the existing documentation to the Departments of Intervention, Secretariat and Contracting of the Diputación for their assessment and approval.

Subsequently, "it is planned that the Institutional Commission will meet to ratify the final document after the Hogueras festival, after the corresponding contributions," the deputy has detailed.

Once the text is approved, the bidding process will begin, the resolution of which is expected before the end of the year. The future Alicante Congress Center will have an auditorium with capacity for 2,500 people, another for 500 and a conference room for 300 attendees, as well as a car park for 300 vehicles. The estimated budget for the execution of the project amounts to 50 million euros, which will be covered by both the Provincial Council and the City Council.

The president of the Diputación has assured that progress is being made in the two Congress Centers, "both in Alicante, in the Port, and in Elche, in front of the UMH", although he has appealed to the Elche town hall " to speed up the procedures, because we see some delay in this regard.

“The availability of the land is fundamental and we are not seeing much progress and it is important that both infrastructures advance at the same time. It is our intention and we are putting all the meat on the grill, but we need a greater effort on the part of the Elche City Council, which is lagging behind at the moment," Mazón lamented.

The Diputación de Alicante is still waiting for the Elche City Council to finalize the procedures for the expropriation of the land where the future Elche Congress Center will be located, a diligence for which the institution has appropriated 4.5 million euros. This economic injection will materialize at the moment in which the City Council of Elche closes the final agreement with the owners of the property.

1 A group of NATO leaders meets in The Hague to discuss... 2 Castellón airport activates a second route to London... 3 Arrested for stealing inside seven taxis and in a... 4 A total of 11,249 applicants will compete this Saturday... 5 Jets welcome Mekhi Becton to their mandatory minicamp... 6 Murdered in El Salvador the referee José Arnoldo... 7 'Forever Young': Tricycle wields stain stain 8 Deshaun Watson is the NFL's clock ticking louder... 9 Kim Pegula, Bills co-owner, is undergoing treatment... 10 Ryan Ramczyk is "feeling pretty confident"... 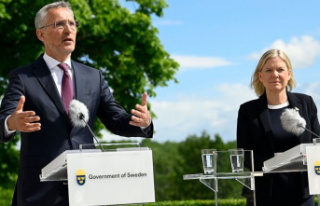 A group of NATO leaders meets in The Hague to discuss...