The first vice-president of the Diputación de Alicante, Julia Parra, has transferred to the new Minister of Culture, Raquel Tamarit, the need to work to reduce the deficit of cultural investments that Alicante suffers. 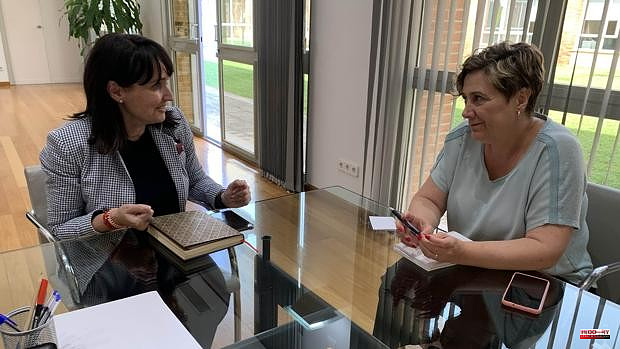 The first vice-president of the Diputación de Alicante, Julia Parra, has transferred to the new Minister of Culture, Raquel Tamarit, the need to work to reduce the deficit of cultural investments that Alicante suffers. In the meeting held, the representative of the Provincial Council thanked the head of the Autonomous Community "for the speed in responding to our request for a meeting, which has been carried out with great cordiality and institutional respect."

Julia Parra has conveyed "our concern and sadness about the lack of interest shown by the Ministry towards the province of Alicante in this legislature" and has regretted that the previous regional head, Vicent Marzà, "has not come to the opening of any MARQ exhibition, nor to any ADDA concert, nor has he set foot in the Mubag, not even when the director of the Prado Museum, Miguel Famolir, accompanied us».

The Deputy for Culture has visited two of the main cultural institutions located in Valencia: the Carmen Center for Contemporary Culture and the San Pío V Museum of Fine Arts, where she has been received by their top managers, José Luis Pérez Pont and Pablo González Tornel . After the meetings, Julia Parra announced that «collaboration between the Provincial Council and both centers will be intensified. In fact, there are already several very interesting projects on the table that we will finish concretizing in the coming weeks », she has advanced.

1 Teresa Cardona, the new voice of crime fiction in... 2 An 89-year-old man dies in the fire at his house in... 3 The IGME will be the 'eyes' of the coastal... 4 The CNMV suspends the listing of Acerinox due to a... 5 The Madrid Gospel Choir sings against Alzheimer's 6 Manel Loureiro presents this Friday in Toledo his... 7 Sheets with mold, without air and in an abandoned... 8 Dismantled a criminal group that committed 15 robberies... 9 The Justice ratifies the Castilian in the school of... 10 The municipalities managed by Hidraqua reuse eight... 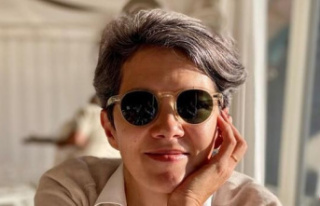 Teresa Cardona, the new voice of crime fiction in...