The president of the Diputación de Alicante, Carlos Mazón, has presented the tourist motorcycle event "Costa Blanca Challenge 2022" at the Provincial Palace, a test that reaches its fourth edition with the aim of connecting, promoting and disseminating the landscape heritage that treasures the interior of the province. 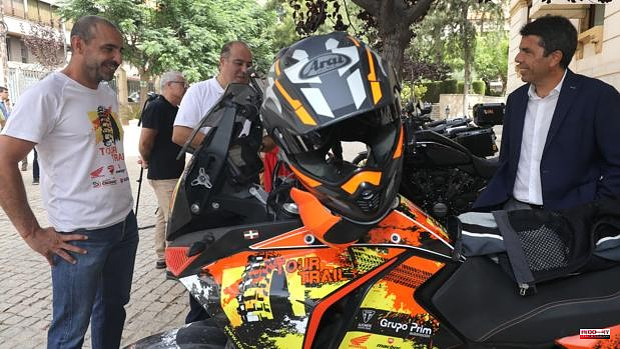 The president of the Diputación de Alicante, Carlos Mazón, has presented the tourist motorcycle event "Costa Blanca Challenge 2022" at the Provincial Palace, a test that reaches its fourth edition with the aim of connecting, promoting and disseminating the landscape heritage that treasures the interior of the province.

Accompanied by the organizer of the initiative, Luis Miguel Verdú, and by the president of the Alicante Inland Provincial Tourism Association, Indira Amaya, Mazón pointed out that this event "is positioned as a reference test on the Spanish circuit and has attracted great interest because it combines a sports aspect with another tourist, leisure and solidarity aspect”.

"Inland tourism is consolidating in our province as a quality product, not only because of our environment, but also because of the maintenance of our roads", a point in which he referred to the Plan Catí project to revitalize and boost the offer, around "our gastronomy, restaurants, rural accommodation and ability to organize high-level tests like this", Mazón has specified.

The event will be concentrated on October 14 and 15, with departure and arrival from the city of Alcoy. Fans of two wheels will take a tour of various roads and places in the province of Alicante and the south of Valencia, crossing municipalities and unique environments in the territory.

"Costa Blanca Challenge" offers two circular route modalities, one of 500 kilometers and another somewhat shorter of 300 which, in turn, are both structured in different stages. This biker event, non-competitive in nature, has the collaboration of the Provincial Tourist Board and has a passport that participants must stamp at the authorized control points, strategically located to publicize emblematic spaces.

This year, the event also has a charitable aspect, since part of the proceeds from registrations will go to the NGO Km Solidarity.

For his part, Luis Miguel Verdú, who indicated that this edition is expected to exceed 300 entries, commented that this initiative "allows bikers from all over the country to discover a province that is not only sand and beach, but which has an interior that is still a bit unknown”. “It is a good sign of the health of the event to see that today we have been accompanied by major motor brands from the province and other route companies”, he specified.

Likewise, the person in charge of this 'Challenge' has detailed that, at the moment, the route is secret until days before its celebration, when it will be published in Wikiloc and can be downloaded according to the navigation system that each user uses, while it has advanced various parallel activities will be developed for the enjoyment of the companions.

People who wish to participate in this activity can register through the page www.costablancachallenge.com, whose term is already open and will end on the 31st of this month.

Finally, Indira Amaya has highlighted that one way to promote the interior "is the creation of motorcycle routes and tourist products such as Touring, which is a pole of attraction at the level of other benchmarks in Europe such as the Alps or the Pyrenees".

As he emphasized, “here in the province we have landscapes, mountains and roads that are so well maintained that we are receiving foreigners who want to get to know this type of tourism with which we seek sustainability and rural development that allows us to seek synergies with small producers and Family business".

1 AVE admits that the works of the Mediterranean Corridor... 2 Carlos Mazón: «There is not a single health data... 3 Viveros 2022 concerts in Valencia: program of performances... 4 A couple of businessmen arrested in Alicante for exploiting... 5 A "historic bullfighting fair" in Palencia... 6 Cs starts its refoundation with a listening process... 7 "Socialist fagots": homophobic graffiti... 8 Slovakia offers all its Mig 29 aircraft to Ukraine 9 At least one dead and eight injured after a shooting... 10 European citizens stockpile basic goods 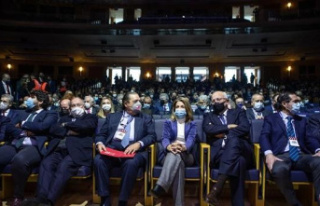 AVE admits that the works of the Mediterranean Corridor...