The president of the Diputación de Alicante, Carlos Mazón, has detailed the destination of the more than one million euros granted to various NGOs to help humanitarian refugees fleeing the war in Ukraine and moving to care camps located in Poland, Slovakia , Hungary, Moldova, Romania or Belarus. 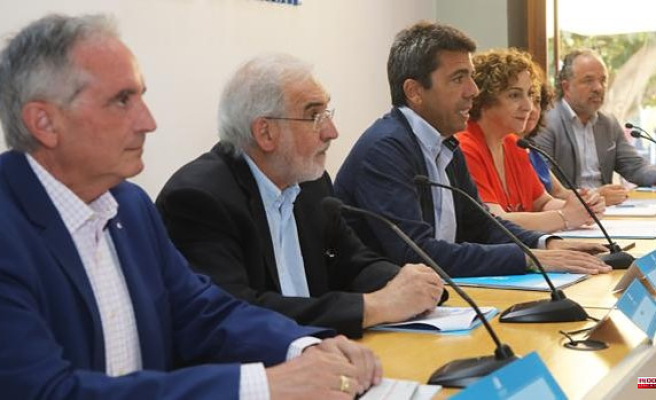 The president of the Diputación de Alicante, Carlos Mazón, has detailed the destination of the more than one million euros granted to various NGOs to help humanitarian refugees fleeing the war in Ukraine and moving to care camps located in Poland, Slovakia , Hungary, Moldova, Romania or Belarus.

The institutional contribution, whose item is initially endowed with two million euros, of which 1,140,000 euros have been requested and granted, has been channeled through the Spanish Red Cross, Unicef ​​Valencian Community, Cáritas Diocesana de Orihuela-Alicante and Acnur Spain, Valencian Community. Leaders of these organizations have participated in a press conference to specify the projects to which the provincial aid has been directed, together with Mazón and the deputy Teresa Belmonte.

Mazón has pointed out that the province of Alicante, "through its taxes, is being one of the most supportive in Spain", while he has focused attention on "the absolute tranquility that the Red Cross, Unicef, Acnur give us and Caritas when it comes to knowing where the effort of our taxes is being allocated.

The institutional manager recalled that the four non-governmental organizations were already working in the area before the conflict, "so they know what they are talking about, they know the people they are dealing with and they know how the flows are produced." In addition, he wanted to recognize "the double solidarity of the province of Alicante, with the help through these NGOs both to Ukraine and to its neighboring countries, as well as with the Ukrainian refugees that we are receiving, more than 4,000, the largest numbers in all Spain”, although, as detailed, the Red Cross has come to care for more than 9,000 in the province.

Regarding the destination of the subsidies, the regional vice president and provincial president of the Red Cross, Francisco Galvañ, an entity that has requested 500,000 euros, explained that this amount has been used fundamentally to provide support to the different countries in the border area that assume the burden of more than six million refugees, as well as Ukraine, with close to 20 million people served.

For his part, the president of UNICEF Valencian Community, Jorge Cardona, has specified that his entity required an amount of 300,000 euros to enable blue points, places that are on the refugee exit route, where there are NGO workers who They register boys and girls and provide them with health, psychological and recreational care. Specifically, the Diputación's aid is directed to the blue points of Moldova, one of the poorest countries in the European Union that has received half a million people during these months.

Acnur Valencian Community, benefited with 300,000 euros, has invested this contribution to serve the population with basic necessities within the country itself, with essential help with material that they may urgently require, such as blankets, cleaning products or food, according to the coordinator Arancha Garcia.

Finally, the director of Cáritas Diocesana de Orihuela-Alicante, Víctor Mellado, who asked the Diputación for a contribution of 40,000 euros, has pointed out that they have also focused the aid on Moldova, because it is a country with few resources that receives refugees and needs basic quartermaster to attend to that first impact of people. He also focuses on the promotion and projection of those people who flee from Ukraine, in a second phase focused on finding a job, providing the relevant accompaniment and advice that allows them to envision a future.

1 What role does Russia have in the crisis between Spain... 2 Bitcoin sinks more than 10% after the 'corralito'... 3 The Adlib Ibiza catwalk celebrates its 51st edition... 4 Opera air bridge: the Teatro Real and the Liceo create... 5 North Korea's Kim pushes for inner unity, Kim... 6 Due to knee pain, Pope leaves annual procession 7 Cuenca Now will take the Government's decision... 8 Alicante Provincial Council highlights Crevillent... 9 Zaplana appeals his prosecution in the Erial case... 10 Madrid opens the term to request the nursery check:... 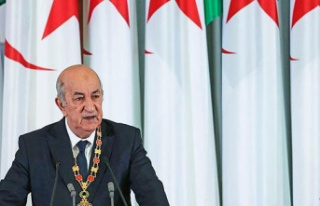 What role does Russia have in the crisis between Spain...