Truck and trailer drivers will enjoy much more comfortable driving for years to come. 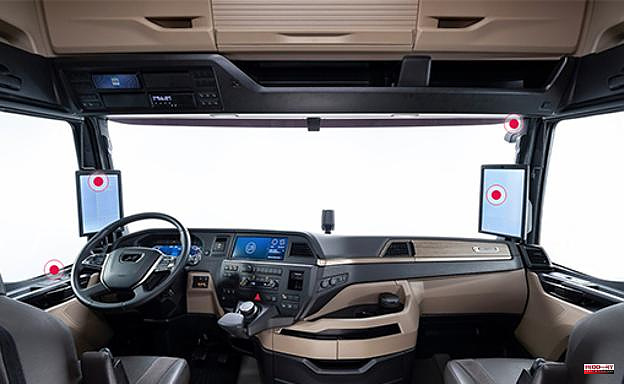 Truck and trailer drivers will enjoy much more comfortable driving for years to come. The MAN Truck company has implemented a revolutionary idea that means the end of conventional mirrors, and has the approval of the DGT.

The MAN Optiview (as the new device is called) widens the driver's field of vision and eliminates the unfortunate blind spots that cause so much insecurity, especially for the most vulnerable users.

The new system eliminates the rear-view mirrors with three exterior cameras, one focused and the other wide-angle, which will be installed in the door frames on each side of the truck, and one on the exterior on the passenger side, which replaces the rear-view mirror. inside front. These cameras can be folded, are waterproof and heat up automatically. and filter glare. And the zoom will allow to detect dangerous objects at great distances.

Angular mode is activated at speeds above 45 km/h or with automatic curve detection, at speeds above 50 km/h if the turn signal is on or a certain angle between the vehicle and the trailer is reached.

The driver will be able to control everything that happens outside his vehicle thanks to two HD screens -12 and 15 inches- installed inside. These elements will adapt at all times to the weather conditions, automatically modifying the brightness and contrast of the image. In addition, it will offer auxiliary lines to be able to better assess the distance and length of the vehicles.

Truckers aren't the only ones benefiting from technological advances. Commercial vehicles will now be able to install a central interior mirror that facilitates maneuvers such as parking for the driver.

This element is a Ford house design called Smart Mirror, and many brands are working to adapt it to their vehicles.

1 return of the king 2 Belarus, the Russian rearguard 3 fire in the body 4 More inflation, more taxes 5 grow in freedom 6 the overwhelm 7 Cospedal is 'mu' bad 8 What politics makes of us 9 The consequence of mediocrity 10 fire in the body 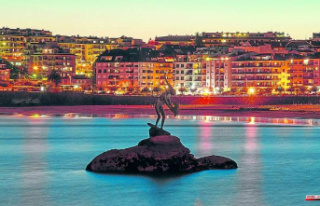 return of the king