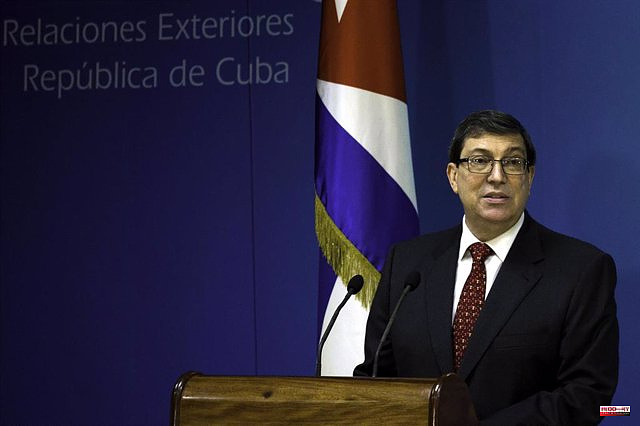 The Cuban Foreign Minister, Bruno Rodríguez, has assured that the exclusion of Nicaragua, Venezuela and Cuba from the Summit of the Americas, which is held in June in the city of Los Angeles, "constitutes a setback in hemispheric relations."

The US Administration reported earlier this month that Cuba, led by President Miguel Díaz-Canel, as well as Nicaragua, whose leader is Daniel Ortega, and Venezuela, led by Nicolás Maduro, are anti-democratic countries, so they would not receive invitations to the american summit.

The president of Bolivia, Luis Arce, warned last week that he will not attend the Summit of the Americas if the United States does not invite all the countries of the region, a warning that his Mexican counterpart, Andrés Manuel López Obrador, has also made.

"The United States no longer has the pretext of not having extended the invitations to hide the exclusions of countries of the hemisphere from the Summit that it convenes in the name of 'the Americas'. The Monroe Doctrine continues to guide US behavior towards the region", has said on his official Twitter profile.

Thus, Rodríguez has pointed out that "with tricks and last-minute maneuvers," Washington "tries to justify" this "arrogant decision." The Cuban Foreign Minister has also referred in another message to the recent measures announced by the United States to ease sanctions against the island.

Regarding the measures announced by the Biden Administration on sanctions against Cuba, Rodríguez stressed that "they do not reverse (former US President Donald) Trump's policy of maximum pressure."

"The main decisions aimed at suffocating the Cuban economy remain in force, with serious effects on our population. Nor is it proposed to relax the blockade," he indicated on his official Twitter profile.

The United States has announced this week that it will restore commercial flights out of Havana and increase consular services and the processing of visas for Cuban citizens, as well as remittances, a measure that, according to Washington, "reverses some of the more than 240 sanctions imposed during the Trump Administration".

The Cuban Foreign Ministry has already said in a statement that "these measures will not be reversed," although they represent "a limited step in the right direction, a response to the denunciation of the Cuban people and government."

1 The UN warns that the number of people suffering from... 2 The United States announces more than 200 million... 3 The French face inflation: without a car, a controlled... 4 North Korea has completed preparations for a nuclear... 5 Despite the advent of teleworking, coworking in the... 6 Blandine Cain, creator of 50 Coworking: "I had... 7 Monkey pox: several cases detected in Europe and North... 8 Who is the man who will host the emeritus in Sanxenxo? 9 Purchasing power: after an offer for students, Casino... 10 First social plan for the Borne government with 320... 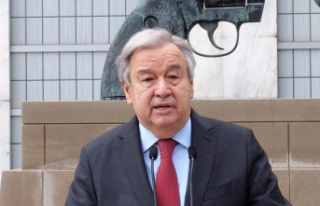 The UN warns that the number of people suffering from...