The CRDOP Jumilla tasting panel rates the 2021 vintage as "excellent"

The Regulatory Council of the Jumilla PDO announces the assessment of its 2021 vintage as excellent after the qualification tasting held on June 13 in Jumilla, where 18 tasters, official members of the Regulatory Council's tasting panel, analyzed the samples presented. 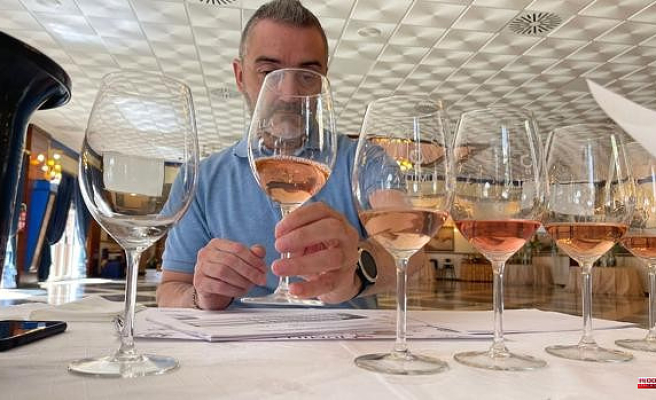 The Regulatory Council of the Jumilla PDO announces the assessment of its 2021 vintage as excellent after the qualification tasting held on June 13 in Jumilla, where 18 tasters, official members of the Regulatory Council's tasting panel, analyzed the samples presented.

This official tasting stands out for its seriousness and rigor, as well as the high number of samples presented, proportional to the volume produced by the certified wineries in the Jumilla PDO, according to this council. 11 white wines, 7 rosé wines and 23 red wines were tasted, both young and aged in wood, all of them belonging to the 2021 vintage. A total of 41 wines were analyzed and assessed, most of them as excellent, giving the highest score to the 2021 vintage of this historic PDO.

The weather in the 2021 vintage was conducive to obtaining very good quality grapes, due in large part to the rainfall collected in this period, which exceeded 300 mm on average. These rains occurred mainly at the end of winter and during spring, which helped the plantations to sprout vigorously and uniformly, making the accumulation of water reserves in the soil sufficient for the vines to face a very hot summer without relative difficulty. hot and dry, despite the fact that continuous days of excessively scorching heat were recorded in the month of August, with temperatures that exceeded 40 degrees, as has been the case in recent years. The cool nights helped alleviate the ravages of the high daytime temperatures recorded in the summer period, which also helped to produce optimal phenological ripening of the grapes.

In addition, the ecological vocation of the Denomination is confirmed, since the ecological vineyard, of vital importance in the Jumilla PDO, practically covers 100% of the vineyards, due to the microclimates in the various terroirs, with optimal conditions to avoid all types of of diseases and plagues, and, therefore, treatments.

In this 2021 vintage, red wines stand out with a marked Mediterranean component and great balance. Fresh and with good acidity. The total grape production controlled by the Jumilla PDO Regulatory Council in the 2021-2022 campaign was more than 75 million kilos, of which some 56 million were from Monastrell.

The rating of excellent for the second consecutive year was expected, since the two seasons had very similar climatological characteristics, and the condition of the vineyard was excellent. Undoubtedly, these results will be reflected in the award-winning wines at the 28 Jumilla PDO Wine Quality Contest, which will be announced this Wednesday, June 15, at a gala to be held in Hellín, the venue for the Contest in 2022.

The Jumilla Protected Designation of Origin has a wine-growing tradition that dates back to the remains of vitis vinifera -along with utensils and archaeological remains- found in Jumilla originating from the year 3,000 BC, being the oldest in Europe.

The production area, at altitudes that vary between 320 and 980 meters and criss-crossed by mountains of up to 1,380 meters, is delimited, on the one hand, by the extreme southeast of the province of Albacete, which includes the municipalities of Hellín, Montealegre del Castillo , Fuente Álamo, Ontur, Albatana and Tobarra; on the other, the north of the province of Murcia, with the municipality of Jumilla.

A total of 22,500 hectares of vineyards, mostly rainfed and bush, located on predominantly limestone soils. The low rainfall, which barely reaches 300 mm per year, and the more than 3,000 hours of sunshine allow ideal conditions for organic farming, the majority in this Denomination. More information at www.vinosdejumilla.org and @vinosjumilla

1 To wrap up the draft class, Chargers sign JT. Woods... 2 The Spanish Justice files the complaint for rebellion... 3 What is the “Iberian exception” and how much will... 4 José Luis González's attack on Nadal: "There... 5 The images that show that Kim Kardashian would have... 6 Free service of the buses of the new night network... 7 A group of former ETA prisoners organizes a tribute... 8 The PNV law to limit the inviolability of the King... 9 The Digital of Castilla-La Mancha celebrates its 'Enclave... 10 The employers reduce the sites to build new wind farms... 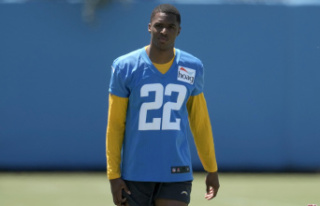 To wrap up the draft class, Chargers sign JT. Woods...