The CPI shoots up to 9.9% year-on-year in Castilla y León, the second highest rise in the country 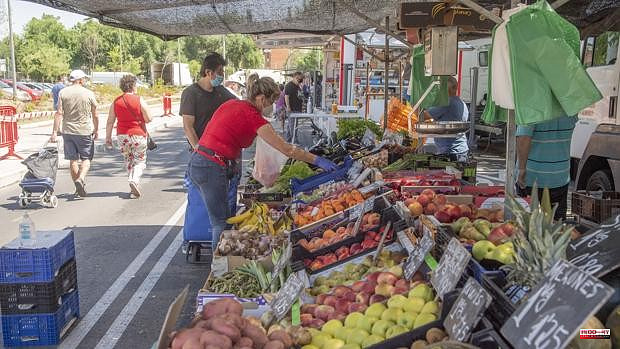 The Consumer Price Index (CPI) in Castilla y León grew 0.9 percent in May compared to April, and shot up 9.9 percent over the figure for a year ago. The annual growth was the second highest in the country and more than one point higher than the national average, which reflected an increase of 8.7 percent with a monthly variation of 0.4 percent compared to April.

Thus, the data published this Friday by the National Institute of Statistics (INE) and collected by Ical show that, so far this year, inflation grew by 4.7 percent, six tenths above the evolution of Spain, also growing by noting an accumulated rise of 4.1 percent since January.

Prices increased in all the autonomous communities in the last year, with escalations of up to 10.6 percent in the case of Castilla-La Mancha, the only community with a higher inflation than that of Castilla y León. Above nine percent are also Galicia (9.6 percent), Extremadura (9.4 percent), Aragon (9.3 percent) and Murcia and La Rioja, with 9.2 percent each. . The lowest data, for its part, is recorded by the Canary Islands, with a rise of 7.3 percent.

In the monthly evolution of Castilla y León, prices grew in practically all sectors, with the exception of housing (-1.2 percent), leisure and culture (-0.6 percent) and alcoholic beverages and tobacco, medicine and communications (-0.1 percent). The greatest growth, on the other hand, was experienced by clothing and footwear, with a month-on-month increase of 4.6 percent; transport, with a rise of 3.1 percent; and food and non-alcoholic beverages, which grew by 1.5 percent.

In the annual variation, however, the CPI in Castilla y León registered the greatest growth in housing (23 percent), transportation (15.3 percent) and food and non-alcoholic beverages (11.9 percent), while hotels, cafes and restaurants (6.2 percent), kitchenware (5.8 percent), alcoholic beverages and tobacco (3.4 percent) and clothing and footwear (1.9 percent) also contributed to the general increase in the cost of prices. And it is that only communications, with a fall of 0.2 percent, reflected a year-on-year decrease in prices.

By provinces, prices rose in all over the month of April. The most pronounced increases occurred in Salamanca (1.4 percent), León and Segovia (1 percent in both), while Ávila and Palencia (0.9 percent), Soria (0 .8 percent), Valladolid (0.7 percent) and Burgos and Zamora (0.6 percent).

1 Espanyol parks the feelings in its 'renewal'... 2 Mónica Oltra insists on not resigning and criticizes... 3 Castilla y León announces a plan to "monitor"... 4 These are the changes of the urban bus lines for the... 5 Selectivity in Catalonia 2022: this will be the university... 6 The nine spaces of CyL Digital and 16 centers in rural... 7 Quintanar will host the 1st Festival of Electronic... 8 The Champions Burger in Valencia: location, hours... 9 The economy of Castilla y León shows an "obvious... 10 The Prosecutor's Office investigates publications... 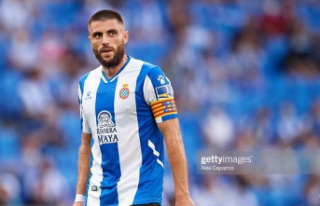 Espanyol parks the feelings in its 'renewal'...