The level of job rotation within a company can be used as an indicator of temporality in the labor market, since it indicates the relationship between the people who join the company and those who leave it. 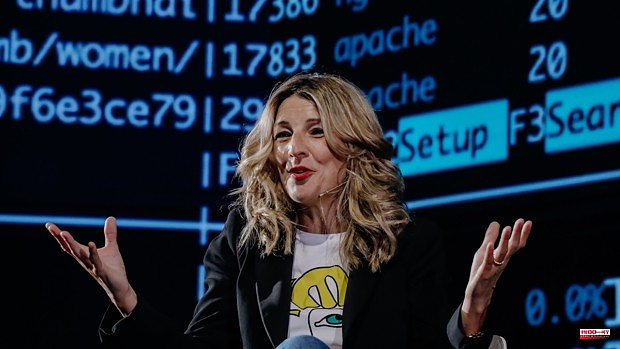 The level of job rotation within a company can be used as an indicator of temporality in the labor market, since it indicates the relationship between the people who join the company and those who leave it. When a job remains empty, it is understood that there is a high turnover rate, while a low turnover indicates a lower level of exits and entries in the workforce, that is, greater stability.

Based on this premise, one of the effects of the labor reform is the strong increase in permanent contracts to the detriment of temporary ones. A fundamental role is played by discontinuous permanent contracts, which are the destination of many of the work and service contracts -eliminated with the reform that came into force on January 1- and temporary ones, whose conditions have been more rigid since this year .

The discontinuous permanent contracts, which are formally indefinite contracts, do reverse in a certain temporality, at least in actual working hours, since they correspond to activities that are carried out intermittently over time and in which the employee remains on the staff.

It is precisely at this point where the 'disguised' temporality associated with discontinuous fixed contracts grows after the reform. As the Adecco Group Institute warns in the first edition of the 'Quarterly Labor Market Observatory', the turnover ratio for discontinuous fixed contracts in April was 32%, almost eleven percentage points more than in March, while for the temporary ones were 15.64%, decreasing 14.4 points compared to the previous month, and for the permanent ones it was 5.09%, 1.66 points more.

According to Javier Blasco, director of the Adecco Group Institute, "the rotation rate of contracts in discontinuous permanent contracts is already higher than that corresponding to temporary contracts, which seems to be an unwanted, but not unexpected, effect of the labor reform" , approved by the Government and entered into force in January.

If we observe the contracts according to sectors of economic activity, Agriculture and Fishing is the most affected both month-on-month (-22.48%) and year-on-year (-28.76%), followed by the Construction and Industry sector, while Services is the the only sector that grows at an interannual level (12.31%).

The expert points out that although the new law is already transforming the market and that the generalization of the indefinite contract -ordinary and, above all, permanent discontinuous- will produce stability and put an end to precariousness, «it is an analysis on which it seems that they will have to spend months to see the final result. Although "it must be recognized" that permanent contracts have grown exponentially, going from 10% in December to close to 50% in April and May 2022.

On the other hand, one of the factors that distorts the hiring map and the dynamism of employment is the gap between current labor demand and the training offer of new workers joining the market. In fact, 80% of Spanish companies have difficulty finding professionals with the required skills, according to data from the latest 'Employment Projection Study' prepared by ManpowerGroup.

"Despite the fact that in 2022 the best results in intention to hire in the last 20 years are being recorded, the talent mismatch rate is the highest in the last 12 years," says the director of ManpowerGroup in Spain, Francisco Ribero. "Companies have a duty to act urgently and facilitate collaboration between companies, governments and educational entities to ensure that no one is left out of the market," he adds.

1 The first possible case of monkeypox in Castilla y... 2 Dueñas sees a "failure" the rejection of... 3 The employers of the residences believe that the Government's... 4 «That the Emperor Theater has been closed for 16... 5 Outrage at the release of the former mayor of Ponferrada... 6 The Cortes 'united' in the midst of a storm... 7 Police were urged to enter a Texas school by onlookers 8 Despite rising mass shootings, states are divided... 9 Amerie, the 10-year-old "hero" who was killed... 10 China's foreign minister begins a Pacific tour... 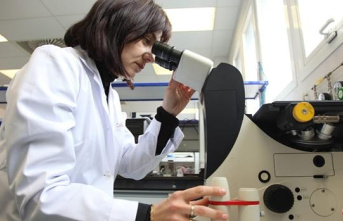 The first possible case of monkeypox in Castilla y...