After the storm, calm comes or at least that is what was tried to be seen yesterday in the second session of the Plenary Session of the Cortes of Castilla y León in which two of the four non-law proposals presented by the groups obtained the support of almost unanimous in the House. 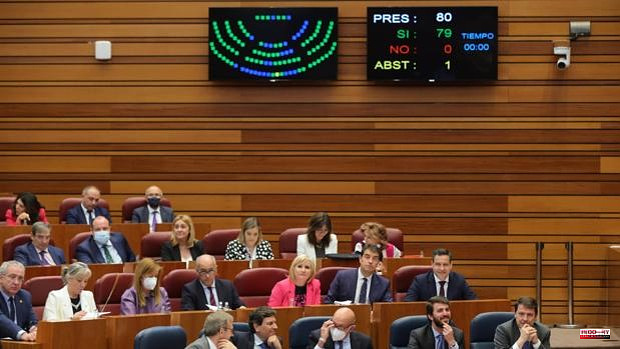 After the storm, calm comes or at least that is what was tried to be seen yesterday in the second session of the Plenary Session of the Cortes of Castilla y León in which two of the four non-law proposals presented by the groups obtained the support of almost unanimous in the House. In both cases, the two initiatives had to do with the province of León and, curiously, it was the NLP presented by Vox that obtained the yes of the 81 attorneys of the Cortes, while the one defended by UPL-Soria ¡Ya¡ obtained 79 of the 80 votes cast and a single abstention. A third proposal, presented by the PP, went ahead thanks to the majority of the popular and Vox.

The fourth, from the PSOE, was rejected by the same majority.

The consensus among all parliamentary groups came one day after a tense session in which insults, disqualifications and accusations were the tone. It is true that the 'trail' continued yesterday, especially in the corridors, as a result of the way in which the Vice President of the Board, Juan García-Gallardo, addressed the Socialist attorney Noelia Frutos, who is traveling in a wheelchair due to her disability, by assuring that she was going to treat her "as if she were a person like all the others" -later and also yesterday she qualified her sentence without apologizing-. Throughout the morning, the allusions to the controversial episode were constant and the opposition's taunts against those of Abascal -and the PP for assuming those statements-, too. Moreover, the prosecutors continued with the strategy of taking advantage of their interventions to launch their messages, of a marked ideological nature - about equality, gender violence, patriotism - a technique that it seems that they are willing to repeat throughout the legislature whatever the matter to be discussed.

However, apart from the 'charged' environment and the obvious and abysmal differences between the two parties that support the Government (PP and Vox) and the rest of the opposition groups, yesterday the parliamentarians were able to vote all in favor of an initiative presented by those of Abascal with the aim of promoting the declaration of León as a World Heritage Site and its 'Council Banners' as an Intangible Cultural Asset. The Vox attorney, Miguel Suárez, thus requested support for the recognition of the Gothic Cathedral, the Royal Collegiate Basilica of San Isidoro, the old convent of San Marcos, the walls of León and the Botines building by Gaudí.

"There is no ideology when it comes to defending the heritage of our land," argued the socialist Diego Moreno, although he warned that "our vote will be positive, but we will not accept that they manipulate history for spurious purposes and we will be vigilant."

The popular Ricardo Gavilanes justified the yes in that "in the PP we have always been concerned with defending heritage" and concluded by reciting verses from the Leonese anthem: "Without León there would be no Spain, that before Castile laws, councils, charters and kings gave prestige to Leon." Also from UPL, his spokesperson, Luis Mariano Santos, was in favor, although he warned that "it is useless if later the administrations do not make efforts to achieve sufficient tourist quality."

For the Mixed Group, the attorney for Cs, Francisco Igea, was pleased - although he supported the initiative - ironizing that Vox's first initiative is about León's heritage when "they have a community devastated by communism that needs the reconquest and the sowing». Miguel Suárez closed the debate by thanking the groups for their unanimous yes despite the fact that "we understand that it is difficult for some to support Vox's NLP."

The other initiative approved with almost all the votes of the Chamber was also from León. In this case, it was a PNL presented by UPL-Soria ¡Ya! to urge the Board to adopt measures in the Bierzo hospital, although it was finally changed by a substitution amendment presented by the PP and supported by all, with the only abstention of the Parliamentarian of Citizens. In it, the Board is urged to put the Bierzo radiotherapy satellite unit into operation before the end of 2024, and to complete the construction of the bunker before the end of 2023, endowing said initiative with a budget item "real and according to the execution needs of this project» in the next regional budgets. It also requests that public health be guaranteed throughout the territory, "especially in those areas that have more difficulties, such as El Bierzo and Laciana."

1 Police were urged to enter a Texas school by onlookers 2 Despite rising mass shootings, states are divided... 3 Amerie, the 10-year-old "hero" who was killed... 4 China's foreign minister begins a Pacific tour... 5 Abrams-Kemp Slugfest promises to be long, expensive... 6 India: Religious flashpoint becomes a dispute over... 7 A nascent reform movement in Lebanon faces a difficult... 8 As US hotels abandon daily room cleaning, housekeepers... 9 Goodbye NYC. Estimates show large city losses and... 10 EXPLAINER - What is at stake for China in South Pacific... 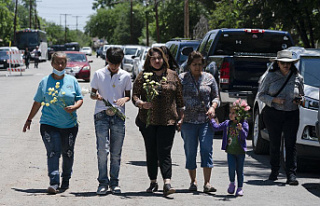