There was a desire for melee. 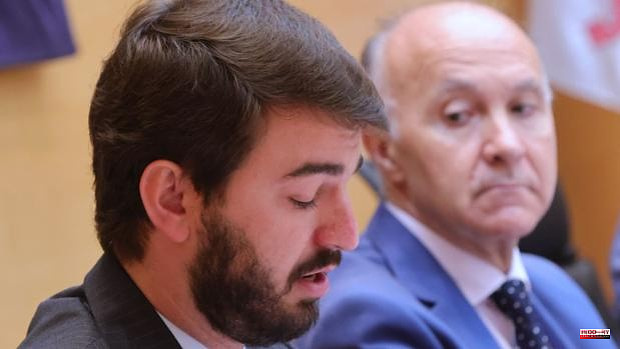 There was a desire for melee. Or, rather, without coming to blows, face to face. Go from reproaches, criticism, disqualifications and even insults from a distance, to doing it out loud and face present. And they bit their tongues neither one nor the other, even though the president of the Presidency Commission, Ramiro Ruiz Medrano, had to work like a referee in the ring on several occasions to ask for silence, demand respect for the speaker and the opponent political, keep the forms and even ponder the sound of laughter.

The appearance yesterday of the Vice President of the Junta de Castilla y León, Juan García-Gallardo, the first before the opposition, to explain the legislature program -closing the Government's turn after the ten councilors-, beyond the content, stood out for what muddied by the harsh debate, with allusions even of personal significance and with the postulates and ideology of Vox at the center of the target.

On the one hand, because of the defense that Gallardo himself gave of them from the beginning to the end of his speech when he reeled off “my model”. On the other, for the reproach to the political "meeting" that they made from the opposition, and even the PP -partner of the Government- he pointed out. “I want to believe that involuntarily” he has suffered “confusion” between the role of leader of Vox and vice president, the popular José Luis Sanz Merino later pointed out, who did not want to cause more blood and showed his confidence that this “ambivalence” was “involuntary » and advocated «dialogue». "The accent has been different, there is a significant number of issues to clarify so that they satisfy everyone," he said, being clear that being "different" parties, there will be issues on which "we are going to disagree", but "above" they are the interests of the Castilian and Leonese. And, by the way, he swept home: the president is Alfonso Fernández Mañueco and the PP won the elections, repeated on several occasions.

"Vox is not the PP, nor is the PP Vox", García-Gallardo himself had already recognized, who in his reply to Sanz did not want to add salt to the wound either. “When I say that everything concerns me, it concerns me and Mr. Mañueco”, since it is a government action that requires “a lot of dialogue, understanding and high-mindedness”. That "my model" repeated by the vice president, who began by charging against the state of the autonomies - "a luxury that we cannot afford" and "a source of inequalities" - served as ammunition for the opposition to put in the center of the target also to the PP as a government partner with Vox.

"He has no powers or attributions to be speaking," said the socialist Luis Briones, who accused Gallardo of turning his appearance into a "rally" and selling "fallacies and lies," in addition to asking Mañueco to "send home" his number two. «I am where the Castilians and Leonese have put me. You have been sent home, "replied the vice president, who did not miss the opportunity to charge again against the Government, for being "plagued by mediocre" and even concluding that the socialist attorneys "come here only to earn money." And there he unleashed one of the most tense moments, calling the PSOE parliamentarians "cheeky" for sharing a vehicle and spending the diet individually and registering group documentation requests "to collect more money."

"It has been at the height of bitumen," replied Briones, who called Gallardo's intervention "neighborhood" and blurted out: "Intelligence is not measured by title, and you are an example." “If the intelligence is not accredited by the titles, what do the quotas, the zippers prove...?”, replied the vice president, turning the arguments around and bringing them closer to his own. “It is you who treat women as people with disabilities,” he pointed out.

No less harsh was the you-to-you of the vice president with whom until less than half a year ago he held that position in the Government until December of the coalition of PP and Cs, Francisco Igea. “To the Igea citizen,” Gallardo replied, to make it clear that now he is the one in power and whoever was number two in the regional Executive has remained the only representative of the orange formation. “I feel sorry for his colleagues at the Palencia hospital, who have to put up with him from time to time doing colonoscopies,” the leader of Vox said, who accused Igea of ​​having become a “ghost” of “so much practicing the transparency". From "political Casper" he came to describe his predecessor in office, who the second before left the room before the barrage of qualifications received. "What is promised is only smoke," Igea had censored, who accused the leader of the Santiago Abascal formation of bringing "confrontation, confrontation and arrogance" to the Chamber. And he even came out “in defense” of Mañueco, after criticism of the measures against Covid adopted and highly criticized by Vox.

Softer tone with Ángel Ceña, from UPL-Soria ¡Ya!. They even reached out to shake hands for possible agreements in a session of discrepancies.

1 Air France-KLM launches a new capital increase to... 2 NBA play-offs: Boston equalizes with 2 wins everywhere... 3 Vázquez asks to eliminate the court note to choose... 4 Gender violence unleashes a new clash between the... 5 The Celtics overwhelm the Heat and even the final... 6 Photos of Boris Johnson toasting in Downing Street... 7 Champions League F: injured in the final, Lyonnaise... 8 EU embargo on Russian oil possible 'within days',... 9 The Hortensia Herrero Foundation presents an immersive... 10 The keys of Margarita del Val and Fernando Simón... 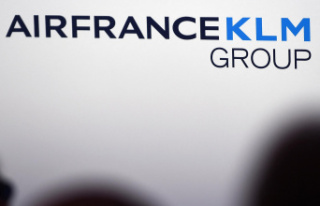