Legal sources see "unfeasible" that the Strasbourg ruling could cause a mass release. 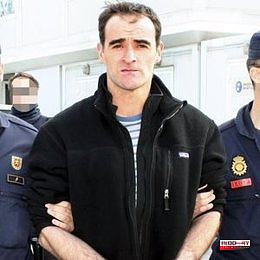 The judgment of the European Court of Human Rights (ECHR) that condemned Spain to compensate ETA member Xabier Atristain, alias 'Golfo', considering that his fundamental rights were violated because he was interrogated by a police officer without the presence of a lawyer of his choice , will not have an automatic effect on other convicted ETA members, but rather each one will have to defend their case in court in order to obtain the same response.

This is how the legal sources consulted by Europa Press have expressed themselves after Sortu has demanded this week that the European sentence become a "new doctrine", as happened with the Parot case, to release "the thousands of Xabier Atristain" that ensures that there is in Spain.

The sources emphasize that one thing is the computation of the sentence and another is the review of the substance of the matter, that is, of the circumstances that surrounded each case, those that were alleged throughout the criminal process and those that the judges finally had. into account for their sentences. However, they see "unfeasible" a massive release of ETA members.

In this context, they indicate that the ETA members who want to obtain the same result as Atristain will have to fight it one by one, first before the Spanish courts and, if they obtain a negative answer, then go to the ECHR.

The sources explain that to appeal to the Strasbourg court it is necessary to have exhausted the national route beforehand, which implies having presented all possible resources, from appeal to cassation, also passing through the Constitutional Court (TC).

Consequently, those convicted ETA members who have missed the legal deadline to present all these challenges would have their access to the European court closed.

Along the same lines, the sources recall that article 954.3 of the Criminal Procedure Law (LeCrim) allows an appeal for review of a final judicial decision "when the ECHR has declared that said resolution was issued in violation of any of the rights recognized in the European Convention", and "provided that the violation, by its nature and seriousness, entails effects that persist and cannot be stopped in any other way than by means of this review".

This has been precisely the 'iter' followed by Atristain. In September 2013, the National Court sentenced him to 17 years for the crime of belonging to a terrorist organization and for possession of weapons and explosives. The sentence was confirmed by the Supreme Court in March 2014. That same year, the ETA member filed an amparo appeal before the TC, which was rejected. It was then that he went to the ECHR.

Atristain denounced before the European magistrates that while he was held incommunicado in pretrial detention, he was denied access to a lawyer of his choice and was interrogated by the Police without the presence of a lawyer, which -- according to his arguments -- led him to make statements self-incriminating that led to the 17-year sentence that he is now serving.

He based his appeal on article 6.1 and 6.3.c of the European Convention on Human Rights and asked if it could be considered that incommunicado detention, which only offers the detainee a court-appointed lawyer as legal representative and deprives him of a lawyer of your choice, meets the requirements established by the jurisprudence of the ECHR.

The Strasbourg-based court replied that access to a lawyer should be provided as soon as there is an accusation, adding that incommunicado detention should only be ordered by an investigating judge in exceptional circumstances and only for the purposes provided for by law. In the case of Atristain, it ruled that his solitary confinement was in accordance with the law but "too general in nature."

For this reason, the seven judges who signed the ruling declared that Spain violated the rights of 'Gulf' to a fair trial and to choose a lawyer, and ordered to compensate him with 12,000 euros for damages plus another 8,000 for costs and expenses.

Although the ECHR issued its opinion last January, the alarms have been reactivated after Strasbourg rejected last Tuesday the appeal formulated by the State Attorney, with which the European sentence has become final. Now, it is up to the Supreme Court to rule on the pending review appeal.

The sources point out that what happened with Atristain could be used by his former comrades-in-arms, pointing out that the effect this has on the final decision of the courts will depend on the weight as evidence that the statements made at the police headquarters while incommunicado have in each case. .

This same week, it has been announced that the National Court has agreed to acquit former ETA leader Juan Carlos Iglesias Chouzas, alias 'Gaddafi', of the murder of a civil guard in Bilbao for which the Prosecutor's Office requested 40 years in prison. The Chamber has adopted this decision by virtue of the ECHR ruling on Atristain, this being the first time that the Strasbourg ruling has been applied since it became final.

The judges have considered that Gaddafi's case --tried last March-- is equivalent because there is insufficient evidence of the reasons, in the interest of justice, for which he remained incommunicado during his judicial interrogation without being able to be defended by his lawyer of trust neither before, nor during nor after he gave his statement.

The former head of ETA Iratxe Sorzabal has already asked the Supreme Court to apply the 'Atristain doctrine' to her in the cassation appeal that she has filed against the sentence of the National High Court that sentenced her to 24 and a half years in prison for two attacks in Gijon (Asturias).

Sorzabal assures in his challenge that for five days he was held incommunicado in a Civil Guard unit where he testified on several occasions under "pressure, coercion and torture".

However, the Association of Victims of Terrorism (AVT) has argued, in its opposition to Sorzabal's appeal, that the statements that the former head of ETA made in police offices were not taken into account as evidence either by the accusations or by the trial court to undermine his presumption of innocence.

1 Feijóo prepares a parallel agenda to that of Moreno... 2 The PP asks the Government to review and suspend the... 3 More Country urges the Government to reactivate the... 4 Montreal: body found in car trunk damaged by flames 5 The average price of diesel in Spain exceeds that... 6 Italy disrupts a computer attack by pro-Russian groups... 7 Local historical societies want more visibility 8 Substrate AI finalizes the acquisition of the adhesive... 9 Capital Energy foresees investments of more than 2,400... 10 Masià reigns in the chaos of Moto3 and opposes the... 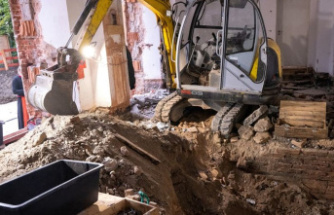 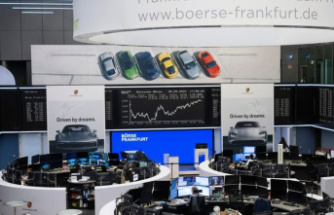 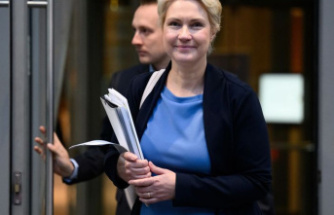 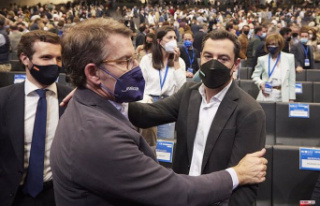 Feijóo prepares a parallel agenda to that of Moreno...