The controversial 1927 Law that relaxed gun legislation in Texas

The armed assault on a school in the town of Uvalde (Texas), which has claimed the lives of 19 children and two adults on Tuesday, in what is one of the five worst massacres in educational centers in recent US history. 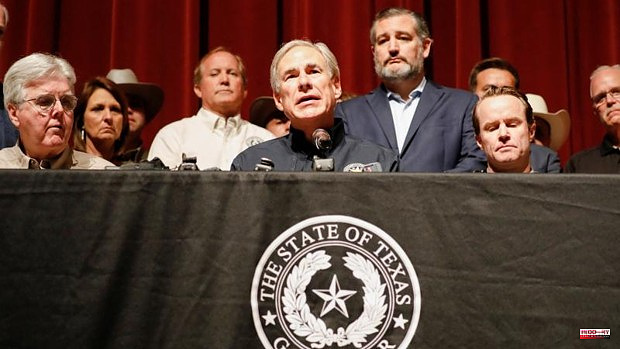 The armed assault on a school in the town of Uvalde (Texas), which has claimed the lives of 19 children and two adults on Tuesday, in what is one of the five worst massacres in educational centers in recent US history. The US has reignited the eternal debate over gun laws in the United States. Despite the fact that the governor of Texas, the Republican Greg Abbott, has expressed his tremendous regret regarding the massacre, he is one of the staunchest defenders —and promoters— of the laws that facilitate access by US citizens to them.

In September 2021, a law went into effect that allows Texans over the age of 21 to own a gun and be able to freely carry it on the street—concealed or open in a holster—without the need for any type of permit or training.

Anyone who has not been incapacitated to do so (convicted of a serious crime, assault, domestic violence or terrorist threats) is authorized by law to own and carry weapons without having to take any type of prior safety course. What's more, without even reviewing your criminal record as dictated by the previous regulations.

Republican supporters of the bill argued that removing the license requirement also removes the "artificial barrier" to residents' right to bear arms under the Second Amendment to the US Constitution. They also argued that Texans would thus have access to "the protection of themselves or their families" in public.

This is the controversial law number 1927 (constitutional in nature) and also authorizes anyone previously convicted of improperly carrying firearms in public to remove such charges from their record. Legislation that only requires the Texas Department of Public Safety to immediately offer a course on safety in possession of weapons, online and free, but never mandatory.

In more than 29 states, civilians are allowed to openly carry ammunition-loaded long guns on the streets. And in more than 40, people can walk around with their semi-automatic rifles without a license or training to prove it. Texas is one of them and joins the list of conservative states with more flexible regulations regarding firearms along with Tennessee, Montana, Utah or Wyoming. In addition, it is also positioned as one of the states with the highest rate of massacres by firearms in recent years. According to CNN, the number of shootings in Texas has risen to 3,200 so far this year, up 14% compared to the same period in 2020.

Meanwhile, the animosity of certain groups such as Hispanics or the opposition towards Governor Abbott enters the scene. An example of this is the press conference offered on the occasion of the shooting. During the act, Beto O'Rourke (former Democratic candidate for governor of Texas) publicly confronted the highest authority of this state in protest of what happened.

On the other hand, in a statement, the National Coalition of Hispanic Media denounces that the governor of Texas, Greg Abbott, has not stopped until he expanded access to weapons in the state, especially with Law 1927. In the midst of all this massacre, involving children, the governor plans to continue giving a speech at the annual meeting of the US National Rifle Association, held in Houston this weekend. “We ask that you immediately cancel your participation. We believe that it is the least that Texan politicians can do to show respect for the victims of Uvalde, ”said the president of this Hispanic organization.

1 “I have a little surprise”: a lonely and marginalized... 2 Afghan TV presenters cover their faces live in support... 3 These are the cheapest hours of electricity for this... 4 Pedro Muñoz Abrines, new spokesman for the PP in... 5 Mañueco: "This government has had and will have... 6 A Spanish laboratory designs a kit to detect monkeypox:... 7 Barça beat Madrid again and will play the Cup final 8 The PSOE knocks down a PP initiative to honor the... 9 Eternal Mourinho: the king of European cups 10 Julián Camarillo, the polygon with the most surprises... 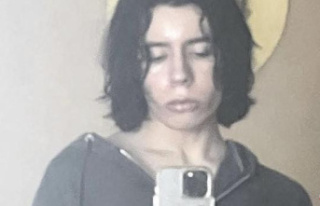 “I have a little surprise”: a lonely and marginalized...