The confessed butcher of Marta Calvo, on trial for the murder of three women and the sexual abuse of eight

Nine anonymous citizens will hear from this Monday how an alleged sexual predator skewed the lives of three women and sexually abused another eight for fifteen months of horror, inserting cocaine into their genitals without their consent, in a practice known as "white party". 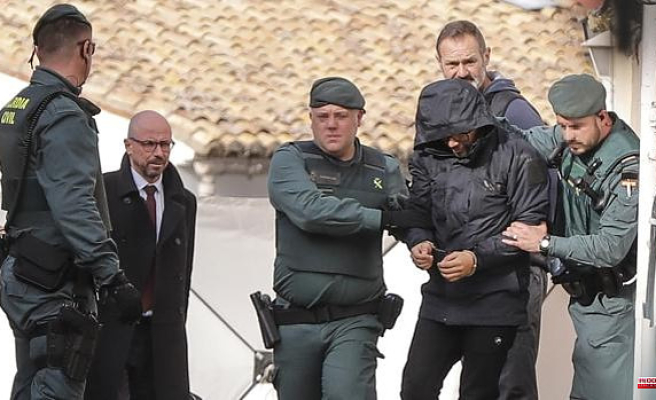 Nine anonymous citizens will hear from this Monday how an alleged sexual predator skewed the lives of three women and sexually abused another eight for fifteen months of horror, inserting cocaine into their genitals without their consent, in a practice known as "white party".

The Court of Valencia begins an oral hearing with 21 sessions in which the thirty alleged crimes committed by Jorge Ignacio Palma were recounted until he turned himself in to the Civil Guard, confessing to being the author of the disappearance of Marta Calvo, the 25-year-old Valencian years whose body has not yet appeared.

For five weeks, a popular jury will attend a macro-trial that will be divided into eleven parts to facilitate monitoring.

Victims, witnesses and experts in each case will pass through court each day, in chronological order. More or fewer sessions will be allocated to each of them, depending on their complexity. There will be six, for example, those destined to unravel what happened to Calvo, who was lost track of in November 2019.

The accused, 38 years old and in provisional prison, will not testify until the end of all of them, in an appearance scheduled for July 6. The Prosecutor's Office asks for a sentence of 130 years in prison for him, which the individual accusations raise to a reviewable permanent prison. The jury is expected to retire to deliberate on July 13.

The warrant of justiciable facts indicates that, in the early hours of November 7, 2019, Jorge Palma contacted Marta Calvo to have sexual relations. Both traveled by car from Valencia to the defendant's home in the town of Manuel. There "they used cocaine, having sexual relations, in which they were able to insert cocaine stones into her vagina and anus without her consent, knowing the lethal consequences of said practice and that caused her death, deciding to dispose of the body that has not yet been located, despite exhaustive search efforts at the Dos Aguas dump” and other places.

[Newspaper library | Two years without a trace of Marta Calvo: a fruitless search marked by the pain of uncertainty]

The young woman's mother traveled hours later to the small municipality, alerted by the lack of news about her daughter and thanks to the location that she had sent her the night of the events. Palma, according to Marisol Burón, opened the door of her house and assured her that she did not know her daughter at all. On December 4, she turned herself in at the Civil Guard barracks in Carcaixent at dawn and claimed to have dismembered the girl and tossed her limbs into different containers.

The accused, who had already been imprisoned in Italy for drug trafficking, bought saws and gloves in local stores and got rid of the vehicle with which he had picked up the girl. Tracing his nine phone lines revealed contradictions in an account he had a month to prepare and now he will have to face. For the trial he will be transferred again to the Picassent prison, given his proximity to the courts, from where they had to move him to the Albocàsser prison in Castellón after starring in some confrontations with prisoners.

The investigation into what happened to Marta Calvo uncovered a trail of eight similar cases that would have occurred since the summer of 2018. The evidence suggests that Palma contracted sexual services to whom he brought stones or balls of cocaine that he introduced into the genitals of the women. women, which caused many of them "loss of consciousness" or "various psychic or physical alterations", such as an increase in heart rate and blood pressure.

"The investigated reiterated these sexual practices knowing their lethal consequences and assuming the possible fatal result that led to the death of three of his victims," ​​says the order of justiciable facts. The other two deceased ran into their alleged executioner months before the trail of the young woman from Estivella was lost, on March 24 and June 14, 2019, respectively, both in homes in the city of Valencia.

In the first case, that of Arliene Ramos, "the defendant placed cocaine - with a purity of 81.67% - in her vagina and anus without her consent, and after seeing her convulse, he rushed out of the house without giving her minimal help. ». The victim died days later in the hospital due to brain death.

In the second, that of Lady Marcela Vargas, the purity of the drug was 90.31%. After the first convulsions, Palma covered the woman's mouth so that she would not scream, "causing her death due to cardiorespiratory failure, and leaving the house, detecting cocaine in her blood at 9.31 mg / l and another narcotic substance."

The investigating magistrate required the defendant to post a bail of 350,000 euros to cover possible civil liabilities. The Prosecutor's Office and the accusations filed in the case maintain that the facts may constitute three crimes of homicide or murder, as well as different crimes of injury or attempted murder, against public health, abuse or sexual assault and against the moral integrity.

The trial will take place in the Tirant I Chamber of the City of Justice of Valencia, the largest in the complex and the one reserved for macro-causes. It will begin this Monday with the composition of the popular jury.

1 Five seriously injured in the clash between two trains... 2 The new Galician drug traffickers: more discreet,... 3 Technical tie between Macron and Mélenchon with an... 4 These are the new tobacco prices in Spain published... 5 The weather and the heat wave in Valencia: temperature... 6 A 34-year-old driver dies after going off the road... 7 Russia has entered during the war 93,000 million euros... 8 The judicial situation of Mónica Oltra compromises... 9 The Prosecutor's Office requests the file of... 10 Ciudadanos Galicia: irrelevant party leaves ghost... 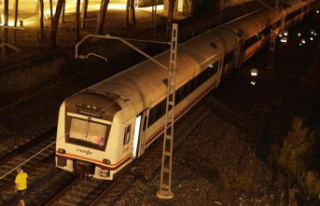 Five seriously injured in the clash between two trains...