The Cadiz writer Manuel Francisco Reina was today the winner of the XXXII edition of the 'Jaime Gil de Biedma' International Poetry Prize, with his book 'Servido en Frio', which the jury considered to have "a lot of strength and rhythm", as well as " work and mastery of the trade”, with a new staging. 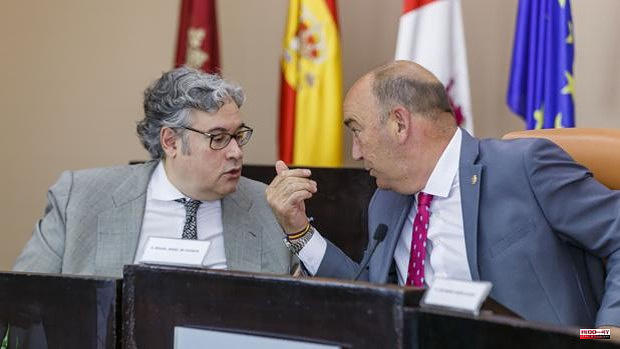 The Cadiz writer Manuel Francisco Reina was today the winner of the XXXII edition of the 'Jaime Gil de Biedma' International Poetry Prize, with his book 'Servido en Frio', which the jury considered to have "a lot of strength and rhythm", as well as " work and mastery of the trade”, with a new staging. He will receive a cash prize of 10,000 euros. In addition, the jury opted for the collection of poems 'Order of removal', by the Sevillian Jesús Beades, as the winner of the second prize, endowed with 3,000 euros. The Visor publishing house will publish both works.

The coordinator of the jury for the 'Jaime Gil de Biedma' Poetry Prize, Juan Manuel de Prada, explained that Reina, poet, screenwriter, literary critic and playwright. He has been a chronicler for ABC, for the cultural supplement 'Babelia' of El País and currently in the digital newspaper 'Plural'.

The member of the jury, M.ª Asunción Escribano, explained that 'Servido en Frio' is a book of "deep thematic and stylistic unity, of maturity, whose author is a cultured and educated person". She also described it as a "reflexive, very deep and worked poem that speaks of the memory of a wound of disloyalty." A collection of poems that deserves to win the "Gil de Biedma" for having "a lot of strength and rhythm", in addition to valuing "the work and mastery of the craft" of the author.

Escribano also underlined that 'Served cold' reflects on evil and its impact on the world, as well as "a reflection on the power of words, terms and adjectives to build the sentimental map."

In the collection of poems that won the XXXII 'Gil de Biedma', Reina conquered the jury for the use of biblical quotes "applied to the world that is portrayed", with great rhetorical mastery. She chooses "an I that addresses a you", with that double dimension, explained the member of the jury, whom she reproaches for betrayal. She also highlighted "the staging of Western values."

The winner presented his work in the registry with number 1,387 of the 1,437 submitted to this edition of the poetry prize organized by the Diputación de Segovia, Manuel Francisco Reina (Jerez de la Frontera, Cádiz, 1974), has published more than ten collections of poems . The last one in 2011, 'The feline secrets'. He is also a novel writer and literary critic.

His best-known work 'Los amoresobscuras', brought to light the unknown relationship between the poet Federico García Lorca and the critic Juan Ramírez de Lucas, as well as numerous unpublished material, which changed the studies on the writer from Granada. He was the winner of the 'Ciudad de Zaragoza' Historical Novel Award. In addition, together with the journalist Rosa Villacastín, he wrote 'La Princesa Paca, the great passion of Rubén Darío', and with the help of José Saramago, a tribute album to the victims of 11-M.

Second prize in the XXXII edition of 'Gil de Biedma' goes to another Andalusian author, Jesús Beades (Seville, 1978). The also coordinator of 'Gil de Biedma', M.ª Antonia de Isabel Estrada, whose 'Removal Order' stands out for being "hard but very deep", which captures "pain, anguish, lack of love, breakup of a couple, a fact that provokes ruin, sinking, with subtlety and irony”. In addition to being the collection of poems "well done, with great harmony and great poetic and thematic reflection."

According to Isabel Estrada, it is "a book by a great poet with great quality", who has presented a collection of poems of "lyrical drive and a great classical poetic technique", where everyday life stands out, "with a personal elaboration without remaining in the superficiality".

At the XXXII edition of the 'Jaime Gil de Biedma' Poetry Prize, organized by the Provincial Council of Segovia, 1,437 poems were submitted from 41 countries, including points as far away as Angola or New Zealand.

The president of the Segovia Provincial Council, Miguel Ángel de Vicente, publicly thanked María Antonia de Isabel Estrada and Juan Manuel de Prada, for accepting the challenge of coordinating the 'Gil de Biedma' jury and being "the fairest eyes, if it is that it can, to give a verdict to a poem”. They occupy "a privileged but not comfortable place", as the current Minister of Culture, Tourism and Sports of Castilla y León, Gonzalo Santonja, assumed for more than three decades, who arrived at the Provincial Palace, when the act of the jury's decision had already finished. .

De Vicente thanked him for all the years of work, accompanied by "great rectors in the seats of the prejury and the jury", for him that "perhaps it is one of the most important prizes in Spanish literature and the most relevant in literature written in Spanish”. In addition, he was proud to be the president of the Provincial Council that receives more than a thousand poems for this award. This edition specifically, 1,437 aspiring poems.

After the work of the pre-jury, 13 finalists were chosen and today the jury has chosen "the two greatest exponents of the verses of insomnia", which will take them to "the black Visor", an editorial that publishes the winning works of this prestigious poetry award, endowed with 10,000 euros for the winner and 3,000 for the second prize.

The jury's decision was read in a ceremony held in the plenary hall of the Provincial Palace, which was attended by the mayor of Segovia, Clara Martín; the vice president of the Regional Courts, Francisco Vázquez, the sub-delegate of the Government in Segovia, Lirio Martín, the territorial delegate of the Board in Segovia, José Mazarías; the mayor of Nava de la Asunción, Juan José Maroto, and a large part of the Provincial Government team and deputies from the socialist group.

1 Nigerian forces are hunting for gunmen who shot 50... 2 Treasury changes for the second time in five months... 3 General USA: Ukraine will continue to receive'significant'... 4 Kazakhstani voters approve of constitutional changes... 5 The death toll from the tower collapse in southwestern... 6 US sanctions 2 Bosnian officials in connection with... 7 Iraq: A British man is sentenced to 15 years for smuggling... 8 British journalist and Brazilian expert are missing... 9 Lebanon asks the US to send an envoy to resolve their... 10 Due to US restrictions, US media are denied Russian... 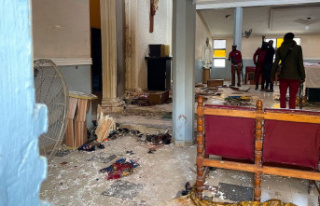 Nigerian forces are hunting for gunmen who shot 50...