The club icon ignores the celebration order: The handball legend's rushing rise to the sofa 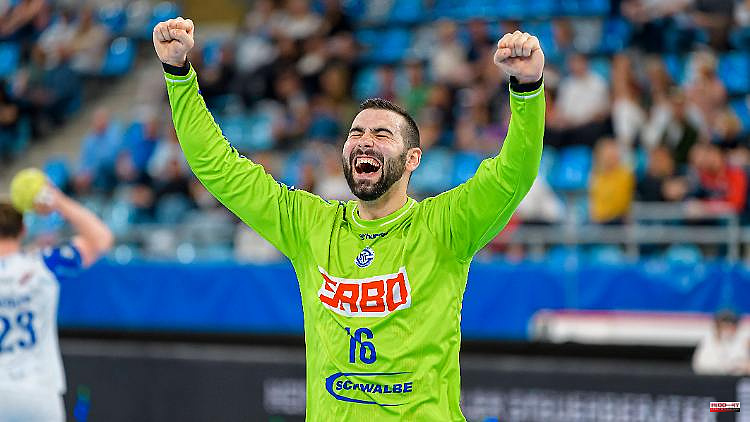 VfL Gummersbach is the Schalke 04 of handball, says handball legend Heiner Brand. He should know: After all, a place in Oberbergisch was named after him. Like the royal blues, the handball players are now returning to the upper house. They celebrate their ascension in a memorable place.

When the spontaneous Gummersbacher Ascension Party reached its wet and happy climax, Heiner Brand and his wife Christel fled the dust. "I wanted to stay sober," Brand said with a wink. The club icon had a beer on the Bundesliga return of his heart club after three painful years in the second division in "Bit-Boulevard". "I'm so happy," said Brand: "VfL Gummersbach belongs in the handball Bundesliga like Schalke 04 in the first division in football."

The HBL, that's for sure since the Gummersbacher "sofa climb" on Tuesday evening, will be richer by another attraction from the coming season. "I am extremely pleased that VfL Gummersbach, one of THE brands in German handball, is returning to the strongest league in the world," said legendary former VfL keeper Andreas "Hexer" Thiel: "It's good for the entire Bundesliga."

After a 27:27 (13:13) from pursuer ASV Hamm-Westfalen at TV Großwallstadt, all dams broke in Gummersbach. Coach Gudjon Valur Sigurdsson's team met for a public viewing. And when the first promotion in the history of the club was sealed, the team around the German super talent Julian Köster danced wildly through the bar. After 33 of 38 matchdays, Gummersbach is clearly leading the second division table with an eleven point lead and is unassailable.

"The coach is good, the spirit is good, the trust of the spectators is there," says Brand, but immediately sends a warning afterwards: "The most important thing now is to remain modest. The first priority is to stay in the league." Scenes like three years ago, when the great VfL, twelve-time German champion and eleven-time European Cup champion, the great dominator of the 1960s, 70s and 80s, slipped into second division for the first time, they don't want to experience again in Oberbergisches. All the more important would be the whereabouts of exceptional talent Köster, who has become the face of Gummersbach's upswing with his carefree game - and has long since become the desire of the big clubs.

"If he now moves to a top club, that would not be good for his development, because he would only swim with him there," says Brand. Köster, just 22 years old, could "mature personality" at VfL in the Bundesliga. He would be well advised to stay in Gummersbach for two more years. That would be the best solution for him." New figureheads are needed in German handball, according to Brand: "Julian has every opportunity to become one."

The architects of the renewed upswing at VfL are the former world-class player Sigurdsson and managing director Christoph Schindler. Sigurdsson has been responsible for sports since 2020, Schindler has been leading the club with a steady hand for five years now. The return to the upper house was planned from the beginning on the drawing board - now, after two unsuccessful attempts (places 4 and 3), it worked.

And so it was Schindler himself who ordered the team to have a lavish party late Tuesday evening. "If I see someone who has shot his powder and doesn't celebrate today, I'll have problems," the manager called out to the elated VfL players: "That's an order to celebrate!" The big party with the fans will be on Saturday after the home game against Eulen Ludwigshafen. On the Heiner-Brand-Platz, the heroes of the ascent will be duly celebrated on two stages. 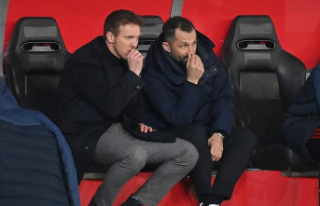