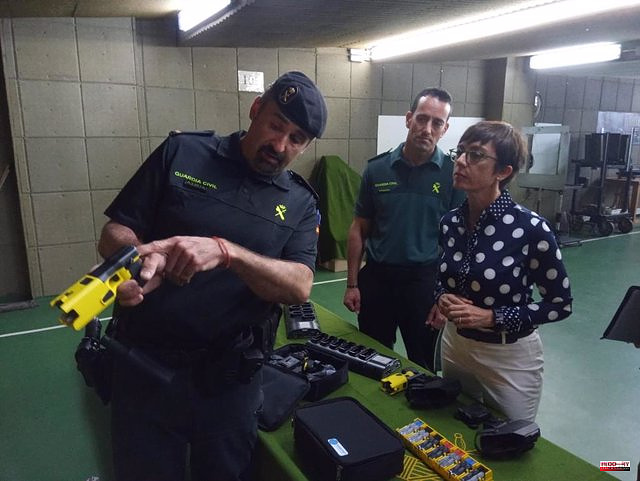 The Civil Guard received this Wednesday the first 150 taser-type electric pistols equipped with a video camera and at a cost of 3,000 euros per unit. After the official reception in the presence of the general director, María Gámez, the pistols will now undergo a series of tests to evaluate their operational performance and define the procedures for use.

It is about 150 incapacitating electrical effects devices of the AXON brand for a total value of 450,000 euros, as specified by the Civil Guard. The Special Training Center will train and qualify the personnel of those units to which this first batch will be distributed.

The taser pistols will be awarded to the units that face the most dangerous forms of crime, so, based on the experience of these agents, their use will be progressively extended.

The Civil Guard has indicated that this type of pistol constitutes a new means that is integrated into the operative intervention scheme that was implemented in 1998 "and is based on the gradual use of force."

The equipment of these new non-lethal devices incorporates a system for recording the action that allows the interventions in which they are used to be graphically documented to guarantee the legal certainty of the civil guards in their actions.

On April 26, the director general of the National Police, Francisco Pardo, guaranteed to the Congressional Committee on the Interior that they would not distribute taser-type electric guns without their corresponding recording camera to supervise their proper use and avoid "unnecessary damage to citizens".

Pardo reported that the first 150 taser pistols had already been delivered to the National Police and that the Civil Guard has the same number of these devices, in both cases with recording cameras.

On May 9, the Police specified that it already has the first 85 agents trained to carry electric guns in Madrid within the Prevention and Response Unit (UPR) and others in charge of preventing or restoring order and citizen security. .

1 Ajofrín bets on outdoor sports with a climbing wall 2 The unique platform, in the remodeling of the Plaza... 3 The exhibition 'Ella', dedicated to the... 4 Summary of Tomorrow belongs to us episode 1188 of... 5 Rafa Nadal trains normally in Paris 6 The Ukrainian flag at the top of Everest: “the whole... 7 A Michelangelo nude sold for $31 million in Paris,... 8 Rugby: Bernard Laporte's license paid by the... 9 Educator sentenced to 40 months for assaulting her... 10 First Russian soldier tried for war crimes in Ukraine... 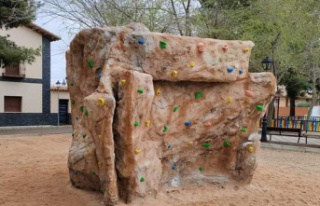 Ajofrín bets on outdoor sports with a climbing wall