The Civil Guard celebrates its 178th anniversary in Guadalajara

This Friday the Guadalajara Civil Guard celebrated the 178th anniversary of its foundation, which occurred on May 13, 1844, in a ceremony held at the Civil Guard Barracks in the capital. 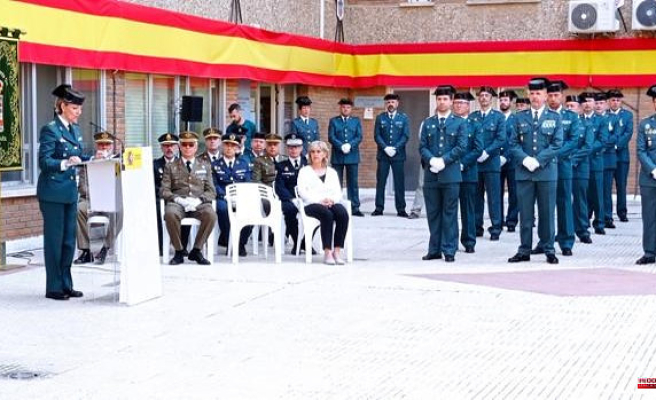 This Friday the Guadalajara Civil Guard celebrated the 178th anniversary of its foundation, which occurred on May 13, 1844, in a ceremony held at the Civil Guard Barracks in the capital.

The ceremony was attended by the sub-delegate of the Government in the province, Mercedes Gómez Mena and the Lieutenant Colonel Chief of the Guadalajara Civil Guard Command, Cristina Moreno Martínez, in addition to various civil and military authorities of the province, as well as civil guards assigned in this Command belonging to all scales and jobs.

During the development of the act, the Foundational Decrees have been read, proceeding immediately to the delivery of a commemorative plaque to Civil Guard personnel who have passed to the reserve or retirement situation during the past year.

Then proceeded to the imposition of decorations of the Order of Merit of the Civil Guard.

Next, Sergeant 1º José Magro Sánchez, pronounced a few words of thanks on behalf of the recipients and on his own behalf for the distinctions received.

Then, the Lieutenant Colonel Chief of the Civil Guard Command, Cristina Moreno Martínez, took the floor, in her speech she highlighted: "And if we have already walked 178 years along a path watered by the sweat and blood of those who preceded us, it is not just for continuing to keep these founding principles and values ​​intact along with our corporate identity of “Guardia Civil”. But because we have also always been able to adapt to the times and modernize ourselves as the society we serve has done so.

«Today, 178 years later: we still have honor as the main currency; we remain always faithful to our duty; we remain serene in danger, prudent without weakness, firm without violence and politicians without baseness; we continue to be feared only by criminals and enemies of Spain, of order and of the law; we continue to strive to be a happy prognosis for the bereaved and we continue to wait only for a memory of gratitude, when we are lucky enough to render some important service».

The act ended with a tribute to the Civil Guard who gave their lives for Spain, followed by the intonation of the Corps anthem.

Within the framework of the celebration of the 178th anniversary of the Corps Foundation and within the series of conferences organized by the Fundación Siglo Futuro, the Colonel Chief of the Cadiz Command, Mr. Jesús Narciso Nuñez Calvo, gave a conference on May 11 on «The Creation of the Civil Guard in the reign of Isabel II as a new model of Public Security».

1 A woman dies after overturning her vehicle in Béjar 2 A woman arrested in Toledo for usurping the identity... 3 The Civil Guard arrests a repeat offender for sexual... 4 The program 'La Banda en tu barrio' begins... 5 Spread of COVID-19 in North Korea likely linked to... 6 [LIVE] 79th day of war in Ukraine: here are all the... 7 Pakistan still struggling with sweltering heat 8 COVID-19 in North Korea: what do we know about the... 9 Musk halts deal to buy Twitter until more details... 10 COVID-19: put down the masks as of Saturday in Quebec 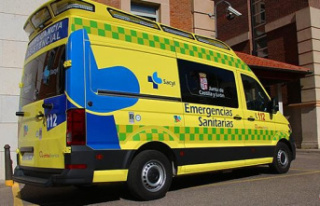 A woman dies after overturning her vehicle in Béjar