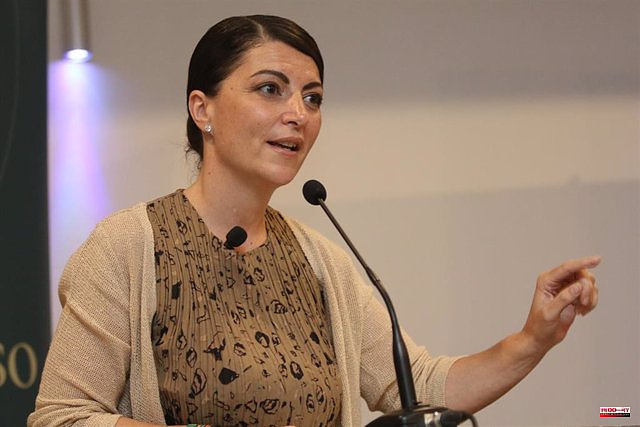 The City Council of Salobreña (Granada) has commissioned the Local Police to carry out the appropriate actions to verify if the Vox candidate for the Presidency of the Junta de Andalucía in the elections of June 19, Macarena Olona, ​​"regularly resides in the municipality " to assess, where appropriate, "the beginning of the corresponding ex officio removal file" from the municipal register "due to improper registration".

This is how it appears in a report issued by the Secretary of the Salobreña City Council as a result of the fact that "in different media the registration" of Olona in the municipal register, authorized by the City Council on November 25, has been questioned, "in view of the demonstrations carried out by the owner of the house", the leader of Vox in the province of Granada, Manuel Martín.

Olona's removal from the Salobreña municipal register would affect her candidacy for the regional elections on June 19 as the head of the Vox list for the province of Granada, since the candidates are required to present a "certificate of registration in the electoral census or in the municipal register, in order to prove their political status as Andalusians" in accordance with an instruction from the Andalusian Electoral Board.

According to the report of the Secretary of the City Council, consulted by Europa Press, the registration of Olona in the register "was authorized after verification of compliance with the legally required requirements, accrediting the usufructuary of the house the title of use of the same by means of a simple registry note and the residence permit there".

However, the Secretary of the City Council considers that, given the dissemination of information in different media "questioning" the registration of Olona in the municipal register, "it is appropriate that the Local Police services carry out the appropriate actions in order to verify that the interested party habitually resides in the municipality".

In view of the report issued by the Local Police services, the City Council "will proceed, where appropriate, to start the corresponding ex officio removal file for improper registration in the terms indicated, requiring, in any case, the prior hearing of the interested".

If the file is effectively initiated, the City Council must give Olona a hearing "so that within a period of no less than ten days and no more than fifteen, he can state whether or not he agrees with the dismissal and, in the latter case, argue and present the documents and justifications that he deems pertinent, in order to prove that it is in this municipality that he resides for the longest time per year, in the case of living in several municipalities".

The mayor of Salobreña, María Eugenia Rufino (PSOE), defended last Friday in a statement that the registration of Olona at all times had followed "the procedure established by law, which requires the express authorization of the owner of the house and the signature of the person concerned, as stated in the application, so there has been no irregularity".

The report of the Secretary of the Salobreña City Council has been released by the 'Andaluces Levantaos' coalition, which will incorporate it into the appeal that was formally registered before the Electoral Board of Granada against Olona's candidacy for the province of Granada in the regional elections of 19 June, of course "breach of the neighborhood requirement" in Andalusia and "fictitious registration" in the Granada town of Salobreña.

The candidate of 'Andaluces Levantaos' to the Board, Modesto González, has assured in a statement that this action "reinforces our complaint to the extent that the City Council itself has warned of the resounding signs of a fraudulent registration, a fraud that Vox intends to commit and its candidate, Macarena Olona from Alicante, who has thus shown zero respect for the rules and for Andalusia".

"From 'Andaluces Levantaos' we are not going to allow the Andalusians to be laughed at, and we have brought this information to the attention of the Provincial Electoral Board so that, in compliance with the Electoral Law of Andalusia, Vox's candidacy for the province of Granada headed by Macarena Olona , is annulled for non-compliance with the requirement of neighborhood in this Autonomous Community and for fictitious registration", added González.

The candidate of 'Andaluces Levantaos' has lamented that "during these days we are receiving numerous attacks from the extreme right of Vox towards our candidacy and demonstrating their Andalusian phobia on social networks, but they are not going to silence us because we are convinced that they are committing a clear fraud of law and they must know that the law is the same for everyone and that this must have consequences".

1 Be careful on the rivers, advise the authorities 2 Urkullu denounces "the spurious use" of... 3 Norway: at least three injured, including one seriously,... 4 DIRECT. Kylian Mbappé: towards Real Madrid... His... 5 Carmen Calvo speaks of "great embarrassment"... 6 Congress of the PP in Madrid, live | Ayuso will appear... 7 Smart submits Miami: the Celtics even the series 8 iPhone 13: on sale at the best price before the sales 9 Rufián (ERC) on the return of the King Emeritus:... 10 War in Ukraine: Donbass "completely destroyed",... 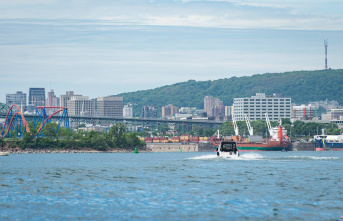 Be careful on the rivers, advise the authorities