The central government reflected in a decree of anti-crisis measures last Saturday its intention to lower public transport rates in the regions. 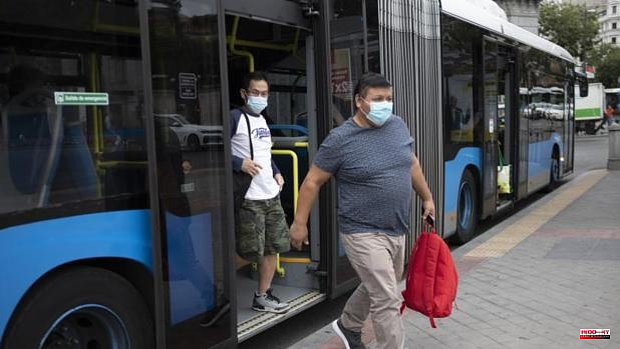 The central government reflected in a decree of anti-crisis measures last Saturday its intention to lower public transport rates in the regions. A reduction of 30 percent, which could reach up to 50 if the regional governments extended it. But it has not been explained what specific money will arrive in Madrid for this, or when, given that the measure would be applicable from September 1 to December 31, that is, two months ahead. Public transport trips in Madrid are currently subsidized by more than 60 percent. Of the economic contributions for the maintenance of the Regional Transport Consortium, 76.2 percent come from the regional government and only 8 percent from the central government.

In the midst of the crisis, and with skyrocketing prices and salaries losing purchasing power by the spurt, the prospect that the current Madrid transport passes – 20 euros per month for young people up to 26 years of age, 54.60 euros for adults in the central area, 82 euros for the entire region and 131.60 euros for the one that arrives in Toledo capital – come down, I'm sure it made more than one person's day. In fact, the 30 percent reduction would mean that the flat rate for young people would be around 14 euros per month, the general season ticket for zone A at around 38 euros, and the one that reaches Toledo, at just over 92 euros.

Currently, public transport fares in Madrid are heavily subsidized. In fact, the user pays between 30 and 40 percent of the real value of each trip, and the rest is paid by the administrations. This, translated into figures and given the population density of Madrid, represents more than 1,500 million euros a year of public subsidy for travel.

Specifically, according to the general budgets of the Community of Madrid for 2022, the amount allocated to fare compensation for transport users is 1,523,338,732 euros. A figure that increased by 17 percent – ​​by 217 million – from the 2019 budget, and that “finances the difference between the real cost of the service provided by transport operators and the rate paid by the user.”

The Madrid transport system works through the Regional Transport Consortium, a public company created in 1985. The main financing partners are the General State Administration, the Community of Madrid and the Madrid City Council, although other integrated city councils and the Community also contribute. of Castile-La Mancha. Currently, the Consortium's budget for 2022 is 2,392 million euros. The public contributions for this year are 126 million euros from the State, 208 from the Madrid City Council, 25 from the rest of local corporations, and 1,157 from the regional government.

Those responsible for the Ministry of Transport do not yet know how the Government's measure will be applied in practice, nor do they dare to advance an estimate of how much it could cost. They do know that the youth subscription – a flat rate of 20 euros per month, from which 1.2 million people from Madrid benefit – costs 20 euros for each user and 90 for the administration, for each one: it is subsidized in a 81 percent. That means that 24 million are paid monthly for it, but it is subsidized with 108. The Government's measure of lowering prices by 30 percent – ​​50 percent if the regional Executive goes that far – in one quarter could mean between 100 and 150 million euros.

The branch counselor, David Pérez, has been clearly against the state initiative. He complains that he invades regional powers and has not been agreed with the regions. And he recalls that Madrid's public transport is already "heavily discounted, by more than 60 percent" and has eight years with frozen rates. In a system with almost 20 million public transport cards, of which 4.4 million are personal, any change in pricing means making a lot of numbers.

1 Serena Williams loses in the first round on her return... 2 “We cannot help change the world with our food if... 3 Educate looking into the eyes 4 German booksellers award the Peace Prize to Ukrainian... 5 Record Reviews of the Week: 'Elvis' OST,... 6 Trump knew there were weapons in the Capitol mob and... 7 Tragedy aggravates Biden's immigration crisis 8 Sturgeon wants a legal consultation even though Westminster... 9 The Venezuelan opposition platform calls primaries... 10 A cry for help alerted to the 'horror truck'... 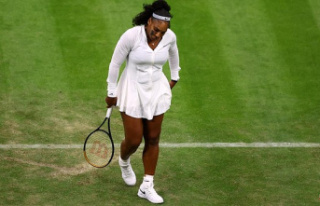