The Cathedral of Sigüenza is working on its 3D digitization

The US Global Digital Heritage Foundation (GDH) has completed this May the first digitization campaign of the Cathedral of Sigüenza. 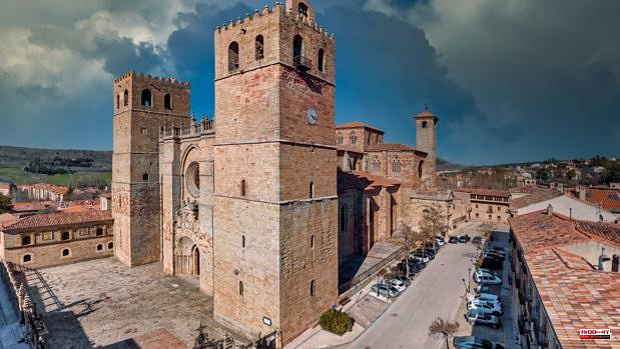 The US Global Digital Heritage Foundation (GDH) has completed this May the first digitization campaign of the Cathedral of Sigüenza.

GDH, which is financed entirely with funds from donations from US philanthropists, has signed an agreement with the Castilla-La Mancha Community Board and works in the region in close collaboration with the Vice-Ministry of Culture directed by Ana Muñoz.

Thanks to this agreement, some of its most relevant monuments, archaeological sites and museum collections are being digitized in the region. The researchers that make up the GDH team carry out the three-dimensional cloning of those assets that are determined by consensus with the Vice-Ministry of Culture, in what is one of the most important 3D digitalization projects of Cultural Heritage in the world.

All the material generated is free and open access, as recommended for years by the European Commission.

The last of the digitally reproduced monuments has been the cathedral of Sigüenza, "as another way of highlighting our candidacy for World Heritage status", highlights María Jesús Merino, mayor of Sigüenza, "for which, once again, we appreciate your invaluable collaboration , also in this sense, to the regional government, and especially, in this case, to Ana Muñoz».

Since the beginning of the year, a multidisciplinary technical team of different nationalities has been in charge of digitizing both the exterior and the interior of the cathedral, as a building, as well as each and every one of the tombs, inscriptions or shields, which the cathedral contains, using for this purpose both last generation laser scanners and photogrammetry, in a conscientious and laborious work.

The objective of 3D scanning is twofold. On the one hand, it contributes to the architectural and artistic documentation of the building, something that is especially appropriate for heritage conservation to face possible restoration in the event of an accident or natural disaster such as the one that occurred at Notre Dame in Paris.

But it is also a wonderful way of facilitating its dissemination, since, based on this work, the building can be virtually rebuilt, in whole or in part, and its treasures can be disseminated anywhere in the world, encouraging international visits.

The digitization of the Cathedral of Sigüenza has required an investment of 35,000 euros, contributed entirely by GDH. The Fortis Seguntina is not the only building in the municipality that has this technology, since in previous projects the same had already been done with the medieval church of Carabias and the Islamic tower of Bujarrabal, within the framework of this same agreement and whose models 3D are already accessible through the internet.

1 A male bear dies in a cliff in the Palentina Mountain... 2 Successful completion of the restoration of the altarpiece... 3 Boxer Antonio Collado achieves his fourth consecutive... 4 Prosecutor maintains 5 years in prison for the accused... 5 Boris Johnson, 50 votes away to save the censorship... 6 The collapse of the police control in Barajas leaves... 7 The Acerinox board closes the door to a possible merger... 8 La flota de la Sardindha Cup partió de Cup Saint-Gilles-Croix-de-Vie... 9 The brothers Gustavo and Rafael del Castillo, champions... 10 Officials say dozens are dead in a 'Satanic"... 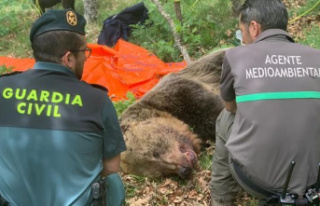 A male bear dies in a cliff in the Palentina Mountain...