The catastrophe of Imserso de Belarra for hotels: discounts of 70% per night in Benidorm

The Imserso travel crisis has opened a new crack in the coalition government formed by PSOE and Podemos, while increasing pressure from the hotel sector on the Executive in the face of the probable "disappearance" of the popular tourism program for the elderly if there is no going back on the tariff freeze. 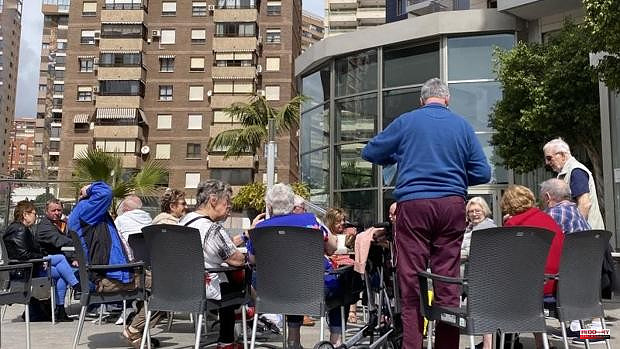 The Imserso travel crisis has opened a new crack in the coalition government formed by PSOE and Podemos, while increasing pressure from the hotel sector on the Executive in the face of the probable "disappearance" of the popular tourism program for the elderly if there is no going back on the tariff freeze.

The Hosbec tourist employers described as "ruin" the "unsustainable" situation experienced by hoteliers in Benidorm, where about twenty percent of the Imserso beds are concentrated nationwide. The prices will remain the same in the call that begins in October 2022 and ends in June 2023: full board, wine, air conditioning and free Wi-Fi for only 22 euros per day per person.

"We hope that the minister -Ione Belarra (Podemos)- can give us the key to square this vacation program with the increases in labor, food, beverage and energy costs," said the president of Hosbec, Toni Mayor. "There are no qualifiers in the dictionary to catalog the position of Imserso and that Ministry that belittles, ignores and condemns hoteliers who have worked for more than forty years to ruin," he added.

In fact, compared to the rest of the hotel offer in Benidorm in the month of October, which is reflected in different price comparators consulted by ABC, the cheapest room exceeds eighty euros, although in four-star establishments it increases to 140 euro and. in some cases, above 200, which is why discounts of seventy percent are offered for the same services.

A difference that triples the prices of the Imserso that is maintained in the following months, where hotel occupancy is drastically reduced. For example, enjoying the long weekend of the Constitution in December in Benidorm would entail a minimum cost of sixty euros per person per day in accommodation with the same conditions that special trips for the elderly must include. in accordance with the bases of Imserso approved by the Ministry of Ione Belarra.

Faced with this situation, Hosbec denounces that "not even the specifications provide for the updating of contributions, both from the State and from the user to the CPI, so the freezing has a devastating effect on tourism." «What happens, that the Spanish is a pariah? The Government pays twenty-two euros for each elderly while it gives sixty euros per immigrant and day or forty for each Ukrainian refugee, "compares its president Toni Mayor.

The employers' association defends that "there is no argument to deny the economic update", since the users have proclaimed "their will to contribute with a greater contribution that guarantees the parameters of quality and services". Thus, "Imserso will have more and more difficulties every day in finding accommodation for the more than 800,000 elderly people enrolled in the program," she adds.

The Government of Ximo Puig has been in favor of the businessmen and against the position of the Minister of Social Rights, Ione Belarra, who considers an "error" and an "obvious risk" for the Imserso trips "due to lack of sensitivity and reflexes”, in the words of the Regional Secretary for Tourism, Francesc Colomer.

The minimum claim that the hoteliers have transferred to the central government is to raise the price to cover costs, which according to Mayor, could range between 30 and 33 euros "perhaps." A rate that includes room, buffet in the morning, meals at noon, full board at night, Wi-Fi and air conditioning, among other services.

“The Government should be brave and tell Podemos: we have come this far, you cannot kill this program,” says Mayor. In this regard, the Minister of Industry, Commerce and Tourism, Reyes Maroto, publicly urged Belarra to sit down to negotiate the future of the vacation program which, in her opinion, requires "urgent modernization."

On the other hand, the controversy over the Imserso trips adds to the difficulties that hoteliers are seeing when it comes to finding waiters in the tourist capital of the Costa Blanca. For the Minister of Labor, Yolanda Díaz, "the problem lies in paying them more", a thesis that the Abreca association describes as "simplistic and propagandistic", since wages have increased by 4.5% with the new agreement.

The hotel management points more towards the conditions of employment than the salary itself, since "the schedule does not attract young people" and "while the pandemic is over, people think more about enjoying life and not about working when everyone is on vacation" . In addition, they clarify that getting accommodation "is very complicated", since they only admit people with a fixed contract and the payment of a six-month deposit in advance to rent.

1 Albares, on Algeria: «We will give a serene, constructive... 2 From "reliable partner" to "extraordinary... 3 Del Rivero accuses the judge of doing "sleight... 4 Spain evacuates 2,000 people in a race against the... 5 Concerns about Cholera in an Occupied Ukrainian City... 6 The prudent strategy of Marc Márquez 7 Two valuable works of art stolen in Italy recovered... 8 Nissan closes a new collective agreement until 2024... 9 Thirteen arrested for defrauding 500 people in the... 10 The Chair of the Tagus denounces the "alarming... 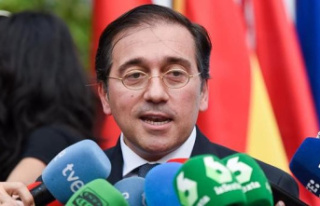 Albares, on Algeria: «We will give a serene, constructive...