The Catalan rectors attack the sentence of 25% of Castilian

Catalan public universities expressed their disagreement on Thursday with the demand for execution of the Superior Court of Justice of Catalonia (TSJC), which requires all educational centers to teach at least 25 percent of classes in Spanish. 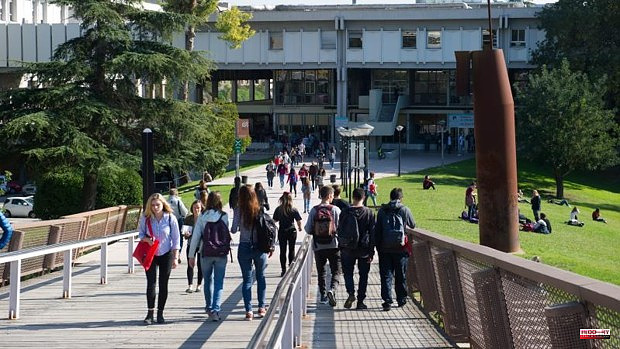 Catalan public universities expressed their disagreement on Thursday with the demand for execution of the Superior Court of Justice of Catalonia (TSJC), which requires all educational centers to teach at least 25 percent of classes in Spanish. In a statement issued by their rectors, they recalled that linguistic immersion is a "successful model" and asked that the language policy of schools not be based "on arbitrary percentages."

In the statement they clarified that the results of linguistic immersion "show its benefit, both for students and for society", and ensured that it contributes to social cohesion, equal opportunities and the "normalization of the use of the Catalan language". ».

They ended by adding that, as proposed by the Pacte Nacional per la Llengua platform, they also call for a "constructive debate" so that the "linguistic bases" of the future of Catalonia and of the entire linguistic community "are shared with the participation and commitment of political forces, organizations and society.

For its part, the constitutionalist platform, Universitaris per la Coexistence, issued a response on Thursday to the rectors' statement in which it accused them of "wanting to draw a kind of single thought" on Catalan campuses. They also clarified that the rectors cannot assume the political representation of teachers, students and administration and services staff.

In their response, they recalled that there are several Catalan public universities that have been judicially condemned for violating the fundamental rights to ideological freedom and freedom of expression of their members. They also accused the "null argumentative level of the aforementioned statement", and accused it of being based on "a really unfortunate selection of mantras of linguistic nationalism that completely lack a scientific basis."

1 A councilor from Podemos among the possible victims... 2 Yoko Ono displays a banner on the Musac façade with... 3 Free programming and for all audiences at IVAM for... 4 Ukraine: first trial for war crimes will begin on... 5 The CEOE assigns duties to Sánchez for the presidency... 6 Longueuil: a driver crashes into a post before fleeing 7 King Felipe VI inaugurates Iberdrola's green... 8 Three arrested for the death of a man who ingested... 9 The Hidden Universe publishing house presents its... 10 A mysterious “gate” discovered on the planet Mars 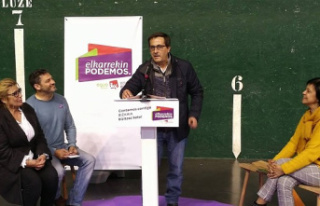 A councilor from Podemos among the possible victims...