The Catalan Government has approved, this Monday in an extraordinary and monothematic meeting, a decree-law with which it aspires to circumvent the order of the Superior Court of Justice of Catalonia (TSJC) that, in an interlocutory to apply the sentence of December 2020 , set for this week the deadline for the Ministry of Education to give instructions to schools to implement 25% of Spanish. 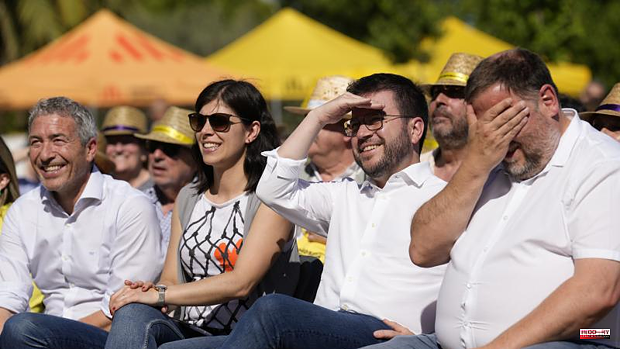 The Catalan Government has approved, this Monday in an extraordinary and monothematic meeting, a decree-law with which it aspires to circumvent the order of the Superior Court of Justice of Catalonia (TSJC) that, in an interlocutory to apply the sentence of December 2020 , set for this week the deadline for the Ministry of Education to give instructions to schools to implement 25% of Spanish.

With this objective, according to Patrícia Plaja, spokesperson for the Generalitat, after the meeting of the Government, the decree-law states that it is "impossible to apply numerical parameters" or "percentages" for the knowledge of the official languages ​​in Catalonia. All the linguistic projects of public and concerted centers must have the approval of the Ministry of Education, which "will validate and guarantee that the linguistic projects comply with the law."

Plaja has reiterated that the new regulations are approved to "respond to the ruling" of the TSJC of 2020 and to "protect the Catalan school model", that is, to maintain the linguistic immersion system, whose application the courts have declared illegal . Starting tomorrow, the Ministry will send all educational centers specific and "clear" instructions so that within six months all schools and institutes have the new language projects approved.

To define the new projects, the decree-law (whose verbatim will be known when it is published in the Official Gazette of the Government of Catalonia, tonight or tomorrow morning) establishes that the sociolinguistic environment of the educational center must be taken into account, the objectives of linguistic normalization of Catalan and Aranese in the Valle de Arán (Lérida), respect for the cultural and linguistic diversity of the students and the levels of linguistic knowledge of the students, accredited in evaluations and tests, both internal and external, maintaining the Catalan as the center of gravity of the system.

The Government will therefore assume legal responsibility for the linguistic projects of the thousands of educational centers throughout the community. Or at least that's what Plaja considers. "The autonomy of the centers is still in force, but the criteria for using the linguistic projects are very clear," said the regional spokesperson, who has also said that another of the objectives of the decree-law is to protect the directors of the schools and the institutes, which are under the scrutiny of the Prosecutor's Office.

To carry out the renewal process of all linguistic projects, the Ministry will provide the corresponding advice, as indicated by the Government, so that schools and institutes can develop new projects or review those that are now applied. The centers will prepare the projects and the Ministry will review and modify them, if necessary, within a maximum period of 30 days, based on the oral and written knowledge of the use of the official languages ​​that the students can accredit through tests that will be done every two years.

Shortly before the approval of the regional decree-law, reports Josefina G. Stegmann, the Minister of Education and Vocational Training, Pilar Alegría, at a breakfast organized by Europa Press in Madrid, has made it clear, regarding the court rulings, that « in a country that is a State of Law, the sentences are fulfilled, they are mandatory »and has delegated to the TSJC the responsibility of assessing whether the decree of the Government complies with the order of the court.

In relation to the role of the High Inspection of Education, which depends on his ministry, Alegría has said that they have already "addressed the Generalitat so that it can provide us with the solutions and responses that it is going to give to enforce the sentence" , but "they have not answered us at the moment." The TSJC ordered the High Inspection of Education to ensure compliance with the sentence of 25%, whose execution falls on the Ministry of Education.

In addition to the decree-law of the Government, approved today, the Parliament of Catalonia is awaiting a non-binding opinion from the Council of Statutory Guarantees to give its definitive approval to a law on official languages, with which the nationalists want reinforce the response to the TSJC.

The new law, which does not mention percentages or explicitly declare Spanish as the vehicular language, does not, however, prevent the application of the ruling of the autonomous court, which at no time has indicated the need to approve new regulations to apply the December ruling of 2020. The court indicates that the margin of maneuver of the Generalitat is between 25 and 75% of the use of one of the two official languages.

1 Galician farmers lose one euro for each kilo of supreme... 2 The Madrid City Council will act on 11,000 elm trees... 3 Soccer. Les Bleues sans Henry or Le Sommer, three... 4 Isco's emotional farewell: "I've had... 5 Escrivá proposes a new reform for the self-employed... 6 Board and Provincial Council gather 15 million to... 7 The agreements of the Diputación de Valladolid include... 8 No beaches suitable for pets in the Basque Country 9 A young man who tried to swim across the Crevillente... 10 General Electric accused in tax optimization in France... 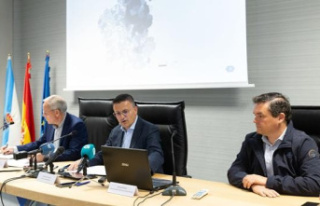 Galician farmers lose one euro for each kilo of supreme...