The Federació Catalana d'Esports d'Hivern (FCEH) has positioned itself in favor of a solo candidacy of Catalonia to compete in the 2030 Winter Olympics, if finally the Generalitat and the government of Aragon do not close an agreement to organize the appointment. 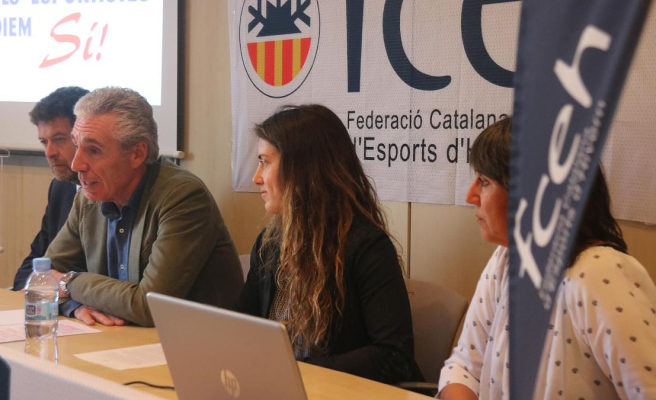 The Federació Catalana d'Esports d'Hivern (FCEH) has positioned itself in favor of a solo candidacy of Catalonia to compete in the 2030 Winter Olympics, if finally the Generalitat and the government of Aragon do not close an agreement to organize the appointment.

At a press conference held in Barcelona, ​​the president of the Catalan federation, David Samper, called on the Spanish Olympic Committee (COE) and the Catalan government for "courage" to present the candidacy of the Catalan Pyrenees.

"I ask the Generalitat and the COE that, if Aragon does not validate the agreement we reached, we launch a candidacy for 2030 only from Catalonia, due to capacity, because there is will and, above all, because we have no guarantee that the International Olympic Committee does not designate two venues (2030 and 2034)," he asserted.

Next May 20 is the date that the president of the COE, Alejandro Blanco, has established as the limit to close a joint candidacy between both communities, after Aragón distanced itself from the agreement signed by the Olympic Committee, Moncloa and the Generalitat, in disagreement with the distribution of venues of the Olympic disciplines. Blanco told Efe on Wednesday that the candidacy must be joint or it will not be presented.

"Someone decided to join this project to the agenda of the reunion and Aragon was added to the project. We are delighted because we want the Olympic Games to be held, but without Aragon, after it has been taken down, the Catalonia project is done", he added. Samper.

The president of the FCEH has recalled that the cross-country skiing, biathlon and ice sports events, which were expected to be organized by Aragon in the agreement, could be held in the Catalan Pyrenees, since this was included in the initial project of the candidacy Catalan. In addition, Samper has lamented the position of the Aragon government which, in his opinion, is due exclusively to political issues "because" going against Catalonia sells ".

For her part, the skier Núria Pau, who participated in the last Winter Olympic Games in Beijing, has defended that Catalonia "can organize" the Olympic event. "The Olympic Games would be a catalyst for grassroots sport, modernization and athletes. We want these games not to harm the territory and the mountains. It would mean a boost to improve our sport and the Pyrenees", she added.

Likewise, the Aragonese president, Javier Lambán, recently said that if the Generalitat presents a solo candidacy to the COE, Aragón will also present its own proposal, but today he has assured that his Executive will not stop working to ensure that the candidacy is " egalitarian" along with Catalonia.

"Aragon continues to trust in the candidacy for the Games as long as it is egalitarian", he declared to the media, adding that "we are right, we have made proposals, we are going to continue making them and we will be happy to sign a joint candidacy as long as there is equality between the Aragonese Pyrenees and the Catalan Pyrenees in quantity and quality of the tests, and as long as there is equality between Barcelona and Zaragoza".

Regarding the demand of the PP to speak directly with the President of the Government, Pedro Sánchez, about the candidacy, Lambán has indicated that his dialogue with the central Executive "is permanent at all levels, continuous, but at the same time discreet". "We have to try by all means to lower the ball to the ground and try to debate and negotiate sensibly" because "the more sensibly the negotiation is printed, the closer the Aragonese will be to proving that we are right".

1 Feijóo asks Sánchez if his independence is compromised... 2 Olona will resign his seat before starting the Andalusian... 3 Montserrat Candini announces that she is leaving the... 4 For Andalusia he presents his candidacy asking for 5 Rufián blames Robles for espionage 6 Aragonès recalls that with the dismissal of Paz Esteban 7 New sentence of fifteen months of disqualification... 8 Borràs assures that Junts will submit the pact with... 9 Crisis in the Valencian government after the resignation... 10 Sánchez: "Today the gangsters are not in the... 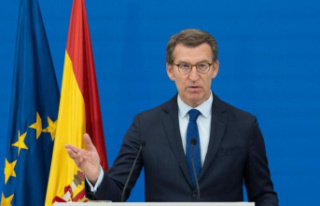 Feijóo asks Sánchez if his independence is compromised...