The Camino points to the record: more than 100,000 compostelas distributed

Galician tourism flexes as the pandemic, little by little, dissipates. 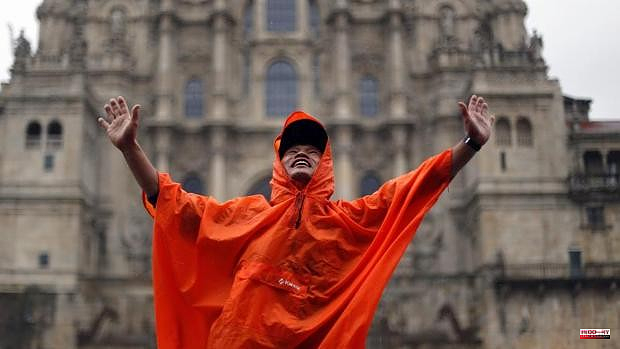 Galician tourism flexes as the pandemic, little by little, dissipates. According to the latest data from Tourism, there are already more than 100,000 pilgrims who have collected the compostela —the document that certifies that the pilgrimage route has been completed—, beating the data from before the pandemic. At this point in the year, although in 2019, the number of pilgrims with their accreditation was 17% less. Tourist expectations, in this sense, are higher than ever, because the last year of the pandemic the record was broken: more than 350,000 pilgrims from all over the world collected the compostela when they arrived in Santiago.

As explained by the director of Tourism of Galicia, Nava Castro, the Pilgrim's Office has specifically issued more than 105,000 of these documents, while in the last year before the pandemic the figure was less than 90,000.

The trend this season is to beat the record, because taking into account that 2022 is the Holy Year and the time of greatest influx of pilgrims is yet to come, it is possible that when the accounts are made at the end of the year, it will be discovered that Santiago de Compostela never been so crowded.

Counting the compostelas is the most effective and clear method of counting pilgrims, but the reality is far from the numbers. Not all pilgrims, even if they have completed the minimum 100 kilometers of the Camino, go through the Office to request the issuance of the document. Castro limited the number of these walkers without final accreditation (the reasons range from religious to those who have already done the route other times): according to estimates, according to Ep, between 30% and 50% of the pilgrims do not ask for the compost it. We would be talking about the fact that, in reality, even 150,000 Jacobean tourists arrived at the Obradoiro after the Camino.

The mayors of the towns through which the Camino de Santiago passes had already noticed this great increase in pilgrimage, especially in contrast to the previous two years: the Covid in 2020 reduced the compostelas distributed to 54,144 and, although the year In the past, the figure of 150,000 was exceeded, during the first months of the year only a few hundred had arrived in Compostela. These pilgrimage councils had indicated to the Xunta, with data on water consumption or garbage collection, that the excess of pilgrims over the compostelas issued was around 30 percent, explained Nava Castro. Now, a pilot project with sensors on the Camino Frances, between Sarria and O Pino, suggests that it could reach 50 percent more.

One of the differentiating factors to explain this increase in pilgrims —and which will surely continue throughout the year— is the recovery of the international pilgrim, greatly reduced in pandemic years. At the beginning of the year, Alfonso Rueda, still as vice president, set this as one of the objectives to be met for Xacobeo 2022.

This increase in tourists is not only taking place on the Jacobean route, but in all types of tourism throughout the Community. This has been explained by the Director of Tourism, who ensures that the data for 2019 is being exceeded in general levels. She puts the number of visitors who have arrived in Galicia throughout the year at more than a million, with the challenge of accommodating such an influx of people. In this sense, Castro announced this Wednesday that, with the aim that "everyone who comes to Galicia has a place to sleep", the Xunta is preparing a project that will be presented shortly.

1 The 'escape room' Treasure of Don Quixote... 2 The PP blames Sánchez for Algeria's decision:... 3 The Zamora Provincial Council participates in 'Honeymoon',... 4 The Pontevedra PP will elect a new provincial leader... 5 Confirmed cases of monkeypox in the Canary Islands... 6 Sentenced to compensate 272,000 euros to a neighbor... 7 Antxón Sarasqueta and Diego Closet, candidates of... 8 2022 work calendar in Alicante: what days are holidays... 9 Electricity rates will drop from the 15th when the... 10 Lagos ex-governor wins Nigerian ruling party's... 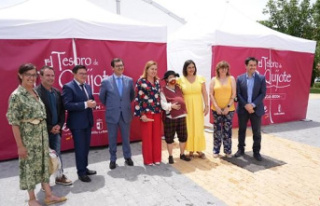