The thirteen victims Payton Gendron listed on Saturday in his newly released slate of gunslinging supremacism were just the beginning. 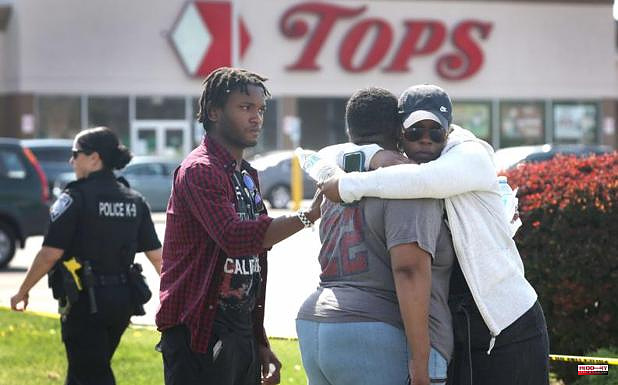 The thirteen victims Payton Gendron listed on Saturday in his newly released slate of gunslinging supremacism were just the beginning. "He was going to get in the car and drive down Jefferson Avenue to keep doing the same thing," Buffalo Police Commissioner Josep Gramaglia said Monday.

The quick action of its agents managed to stop the orgy of blood with which it intended to gain a foothold in the list of the most famous shootings in the world with a component of racial hatred. The pandemic had given him a lot of time to surf the internet, captivated by the Great Replacement conspiracy theory that he learned, above all, from the manifesto left by the author of the 2019 New Zealand mosque massacre, Brenton Tarrat. To overcome his fifty deaths, it was necessary to kill many blacks like the ones he chased through the aisles of the Tops Friendly Market supermarket, chosen specifically because it was the heart of a neighborhood densely populated by African Americans.

All this and much more he left written in his own 180-page statement that the police are carefully studying to fit the puzzle of yet another massacre. His will be easier to explain, though not to understand, because that "hodgepodge" of conspiracy and racist theories, as the police commissioner described it, makes his motives very clear. In fact, the governor of the state of New York Kathy Hochul, a native of Buffalo precisely, was the first to call him a white supremacist on the same Saturday, when still no one dared to flout the presumption of innocence.

This Tuesday, President Joe Biden and his wife will come to Buffalo, willing to comfort the African-American community that has lost some of its historic civil rights fighters in the massacre. Biden will not focus so much on weapons, a losing battle, but on the need to fight racism, which is the capital sin of the country and, even so, "it has no place in the US," the White House announced.

New York is one of the few states where "red flag" laws allow authorities to act and prevent the acquisition of weapons when there are signs that they could be used to kill others. The 18-year-old had given enough clues. In fact, in June of last year the police received a call from his institute, where he had made "widespread threats" that made someone fear the worst. The call served to intern him for a day and a half in a psychiatric center in order to evaluate him, but the result is unknown or if the authorities used it to invoke those red alert laws that could prevent the massacre.

Since then, Gendron had been planning his plan to carve out a place for himself among those who want to "awaken" the white man to prevent "colored" people from exterminating them. And for supremacists, Hispanics are part of the people of color. In fact, also in 2019 another like him, Patrick Wood, started shooting with those who bought in an El Paso shopping center to equip her children for back to school. The massacre left 23 dead and another declaration of hatred on social networks.

If the young man from Buffalo with juvenile acne outperformed them in anything, it was in the audacity of wanting to broadcast it live through a camera attached to his helmet. The authorities did not take long to end the transmission, which no longer appears on the Twitch platform, owned by Twitter. Some have managed to treasure a screenshot, that's all.

The first three dead were left in the parking lot. Shooting into the supermarket, he ran into the security guard, Aaron Salter, an ex-cop who had sought a quieter fate there and instead found death. Also the glory, because he managed to hit the gunman's torso on at least one occasion, according to police, only Gendron was wearing a bulletproof vest that allowed him to repel the shot and coolly continue his carnage for another minute. He finished off the blacks on the ground, he apologized to the whites if he aimed at them by mistake.

What he has achieved with this is that, for the first time, a Republican congresswoman denounces the complicity of her party in the proliferation of white supremacism. Except that Liz Cheney was already a pariah of the Republican Party since it paid homage to Donald Trump and the 74 million votes he obtained in the last elections.

1 Barnett: "Bale is leaving Real Madrid, but his... 2 Biden and Mitsotakis celebrate a Greek-American relationship... 3 UPL decides to break its pact with the PSOE in the... 4 LGTBI activists are boycotting the presentation of... 5 Montreal has lost its two whales 6 Telework: It's up to the employer to allow it... 7 All the intensity of Michel Bergeron in "Bergie" 8 These are the cheapest hours of electricity this Tuesday 9 Labor shortage: immigration is the solution to the... 10 Hezbollah Shiites could lose their majority in Lebanon's... 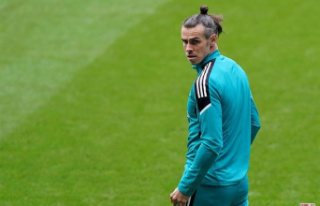 Barnett: "Bale is leaving Real Madrid, but his...