The Junta de Castilla y León will provide the relatives of all the victims of terrorism in the Community with carrying out a census of graves with which to make it possible to carry out actions of awareness, remembrance and memory of all of them. 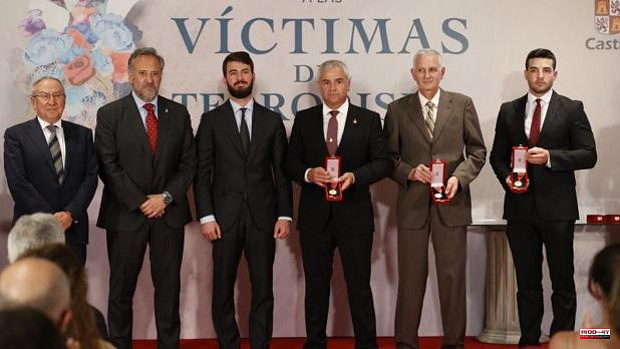 The Junta de Castilla y León will provide the relatives of all the victims of terrorism in the Community with carrying out a census of graves with which to make it possible to carry out actions of awareness, remembrance and memory of all of them.

This was announced this Monday by the Vice President of the Autonomous Government, Juan García-Gallardo, during his speech at the act of imposing 15 medals on different victims of terrorism in Castilla y León, which took place in the Monastery of Our Lady of Prado de Valladolid.

However, García-Gallardo has pointed out that the objective of the Board with this measure is not "only to remember the past" in order to "not fall into the abuse of memory", but rather to "extol the moral significance of the victims" as part of the future of Castilla y León which, according to the regional vice-president, must be built with the example of the resistance and exemplary attitude of the victims", given that "on their sacrifice the freedom that we enjoy every day is built".

“Today, Castilla y León embraces you and tells you with a single voice that you are not alone”, continued the regional vice-president, who assured the defense of the victims by the Board so that “no one takes refuge in the freedom of expression to humiliate you” and to continue providing assistance from the Autonomous Administration that it promised to improve, as well as acting as a channel to facilitate the relationship of the victims with other administrations, reports Ical.

In the company of José Antonio Ortega Lara, whom Juan García-Gallardo praised for his "brave example", the Vice President of the Board has thus recognized today's decorations as "a way to compensate, symbolically, the enormous debt of our democracy" with the victims, as well as a demonstration that «in this land, no victim will be alone».

The Vice President of the Board has defended the victims and their "legitimate demands for memory, dignity and justice" against the "temptations of disbelieving money laundering" of ETA terrorism at a time when he regretted that they are "particularly sensitive to the suffering of the criminal because he is far from home, of carelessness towards the victims, of acceptance of the political project that led ETA to kill, and times in which, all too often, what has been called the reconciliation".

1 Fleeting meeting between Sánchez and Aragonès in... 2 'Erató Fest' celebrates its fifth anniversary... 3 Cobadu celebrates its 40th anniversary with a record... 4 Things to keep in mind when choosing a master's... 5 Rebellion in the CGPJ: Lesmes is forced to respond... 6 An alternative for every moment of the professional... 7 Rozalén will be the announcer of the Albacete Fair 8 Cuenca devises the first festival with heritage as... 9 José Lloréns wins the Spring Salon Painting Medal... 10 Johnson advances his law to unilaterally modify the... 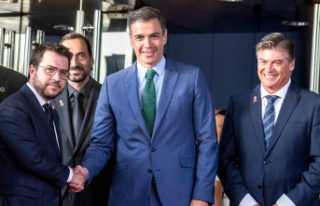 Fleeting meeting between Sánchez and Aragonès in...